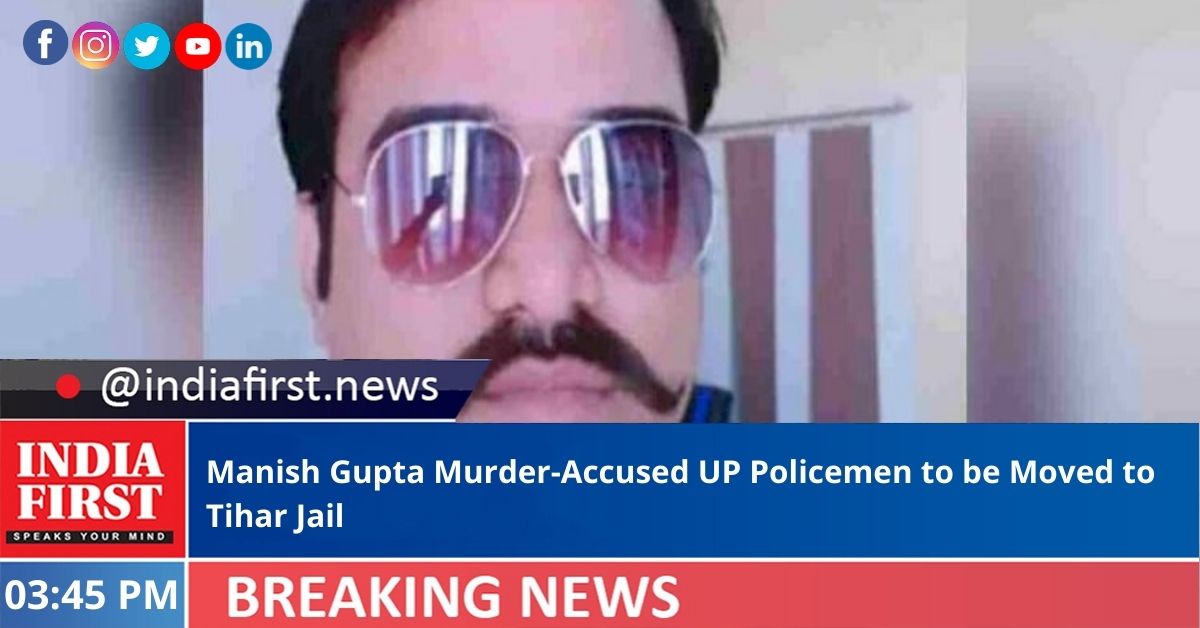 All six Uttar Pradesh policemen accused of murdering Kanpur businessman Manish Gupta will be shifted to Tihar jail in the national capital within five days, said CBI sources on Sunday.

The accused will be produced before a Special CBI court on February 26 in Delhi and the trial will begin after that.

The charge sheet states that on September 27, 2021, Ramgarh Tal inspector J.N. Singh, Phalmandi police post in-charge Sub-Inspectors Akshay Mishra and Vijay Yadav and three other policemen had allegedly barged into the hotel room in Uttar Pradesh’s Kanpur where Manish Gupta was staying with his friends.

The policemen allegedly thrashed them after an argument during which Gupta died. All the six policemen named in the FIR are currently in the Gorakhpur jail.

The CBI had registered a case on November 2, 2021 on the request of the Uttar Pradesh Government and took over the investigation on November 29.

The case was earlier registered under section 302 of IPC at Police Station – Ramgarh Tal, District – Gorakhpur (Uttar Pradesh) against three police officials, including SHO & two Sub-Inspectors and unknown police officials on the complaint from Manish Gupta’s wife on September 27.

Sources said on January 5 that during the investigation, evidence was found of ‘excessive use of power’ by the policemen.

A CBI officer privy to the probe said the sequence of events was examined by the forensic experts to know the pattern and nature of injuries, while call detail records of all the accused policemen were also checked to know if they had any prior connection with the victim, but no such link was found.

The CBI team also took Manish Gupta’s friends Pradeep Chauhan and Hardeep Chauhan to the hotel and recreated the crime scene to match their statements to know what exactly happened inside the hotel room on the fateful day.