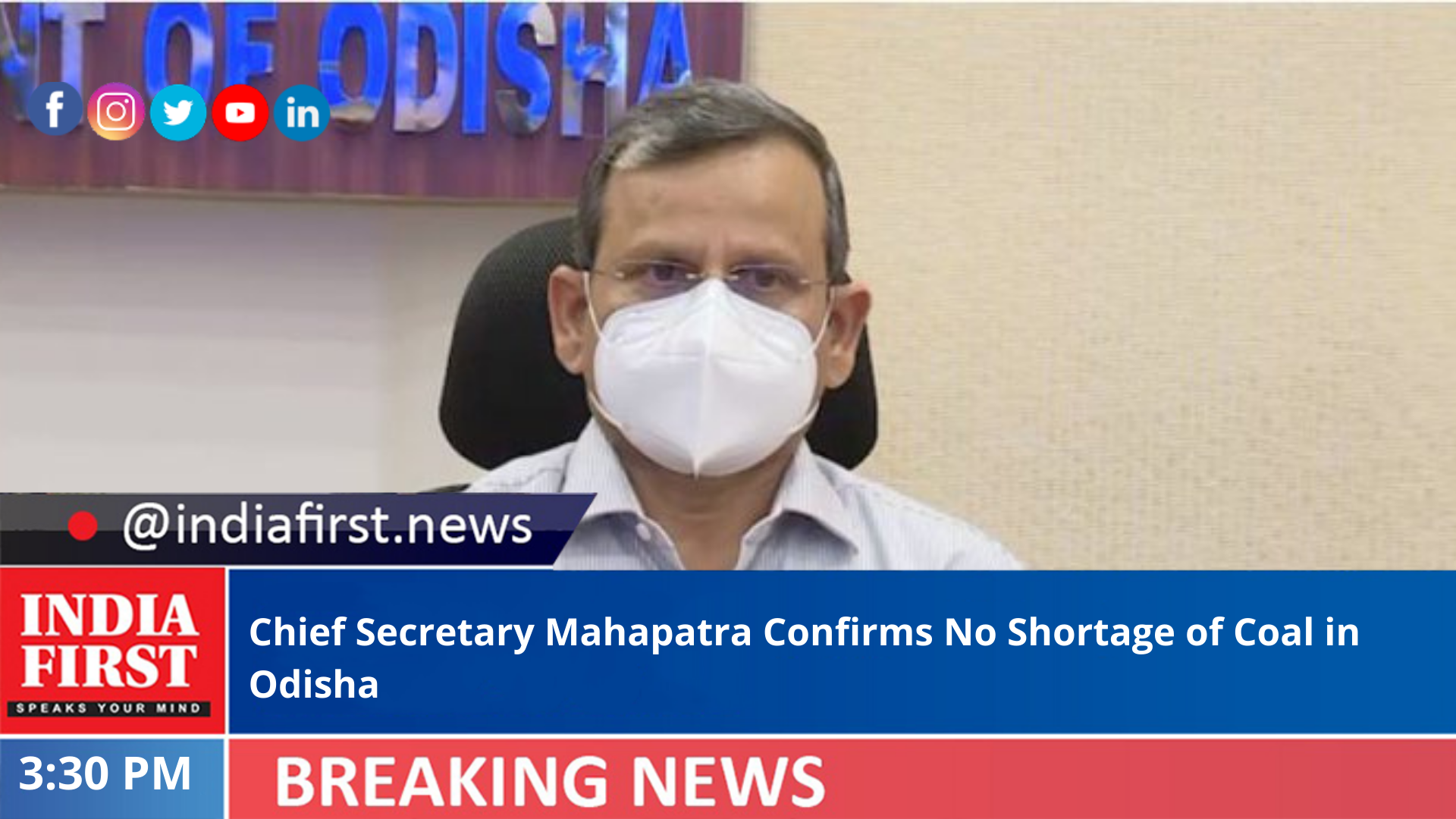 Amid power supply crisis in several states due to coal shortage, the Odisha government yesterday said there is no shortage of coal at any power plant in the state.

Speaking to reporters here, Chief Secretary SC Mahapatra said there is no coal crisis in Odisha like other states where power supply is being cut down for 10 to 12 hours per day due to its shortage.

“We have coal mines in the state. I have instructed Mahanadi Coalfields Ltd (MCL) to ensure supply of adequate quantity of coal to all power plants in the state,” he said.

Though there is no coal crisis in the state, Odisha is facing a power crisis due to an outage of a NTPC unit and increase in demand in view of severe heat wave conditions, official sources said.

The sudden outage in an 800-megawatt (MW) capacity unit at NTPC’s Darlipali plant in Sundergarh district has led to the power crisis in the state as it used to get 400 MW from the unit.

Besides, the peak power demand has gone up by almost 10 per cent due to the hot weather conditions, said official sources in the state energy department.

The energy department has requested the power consumers to regulate their AC load, flexible industrial load and agricultural load during the peak hours for next few days to maintain stable power supply.