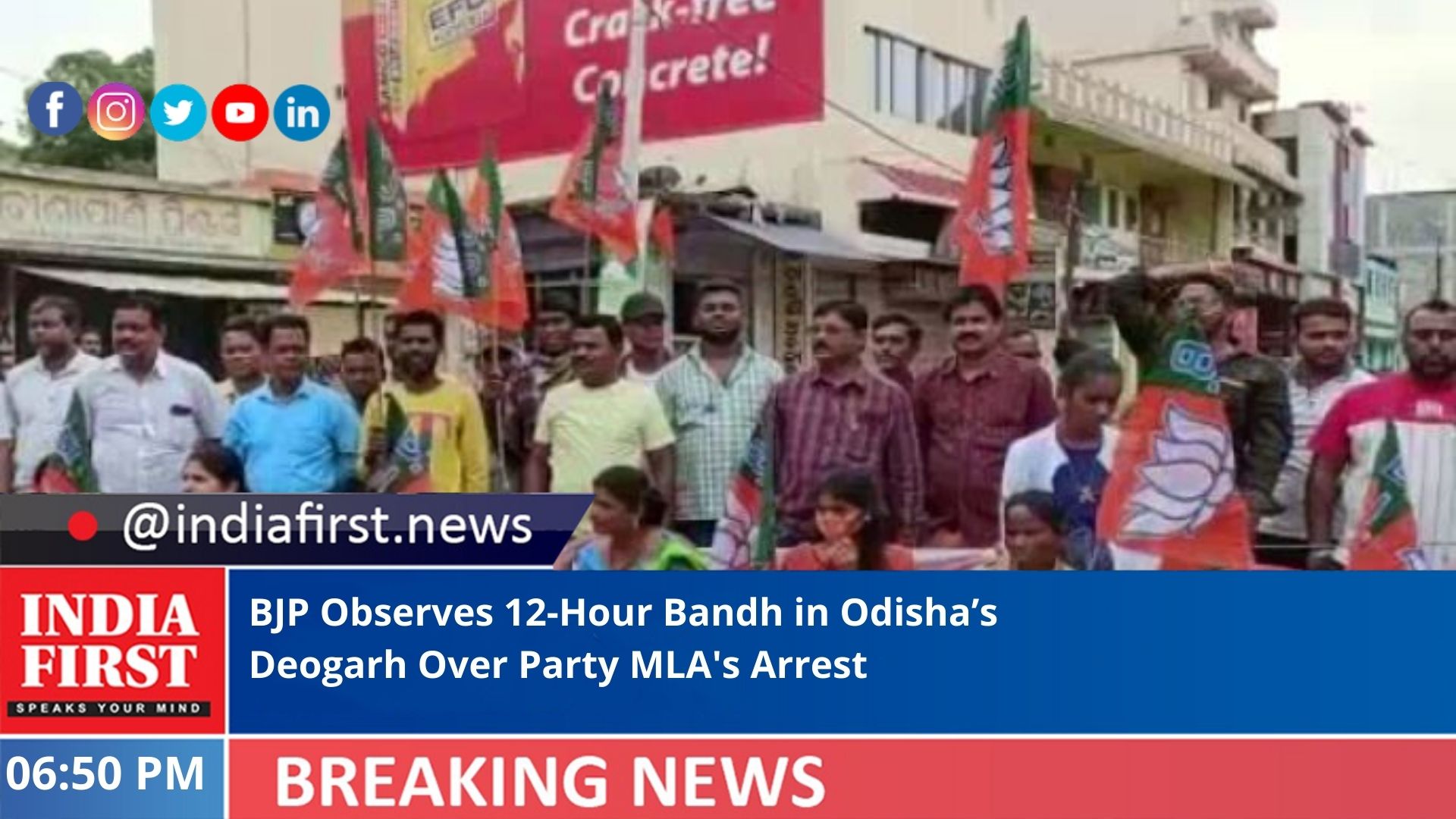 Internet services have been suspended in Rajasthan’s Jodhpur after violent clashes erupted between two groups over the issue of hoisting a flag.

The incident happened on yesterday at midnight.

The police and Rajasthan Armed Constabulary (RAC) teams rushed to the spot and brought the situation under control by persuading and pacifying the people from both sides. However, two groups returned late in the night and the matter got heated again. Heavy police were deployed at Jalori Gate and Idgah area till late night.

Local sources confirmed that some people were raising flags at the Jalori Gate intersection. At this time, a person making a video was beaten up by some youths. When some people came to his rescue, they were also attacked. Soon, the other faction started pelting stones.

This commotion continued till late midnight and over a dozen people were reportedly injured.

The police had to fire tear gas shells to control the crowd. Udaymandir SHO Amit Sihag and DCP East Bhuvanbhushan Yadav were also injured in this stone pelting. The police chased and sent people to their homes. After this, a large number of police were deployed on Jabta Idgah Road and at Jalori Gate intersection. Many roads leading to Jalori Gate were blocked by barricades. Late at night, Sursagar MLA Suryakanta Vyas and Corporation South Mayor Vanita Seth also reached the spot and were sitting outside the police post till 2.30 a.m.

After the incident, Chief Minister Ashok Gehlot tweeted, “It is unfortunate that tension has arisen due to the clash between two groups at Jalori Gate, Jodhpur. The administration has been instructed to maintain peace and order at all costs. Respecting the tradition of love and brotherhood of Jodhpur, Marwar, I make a touching appeal to all the parties to maintain peace and cooperate in creating law and order.”