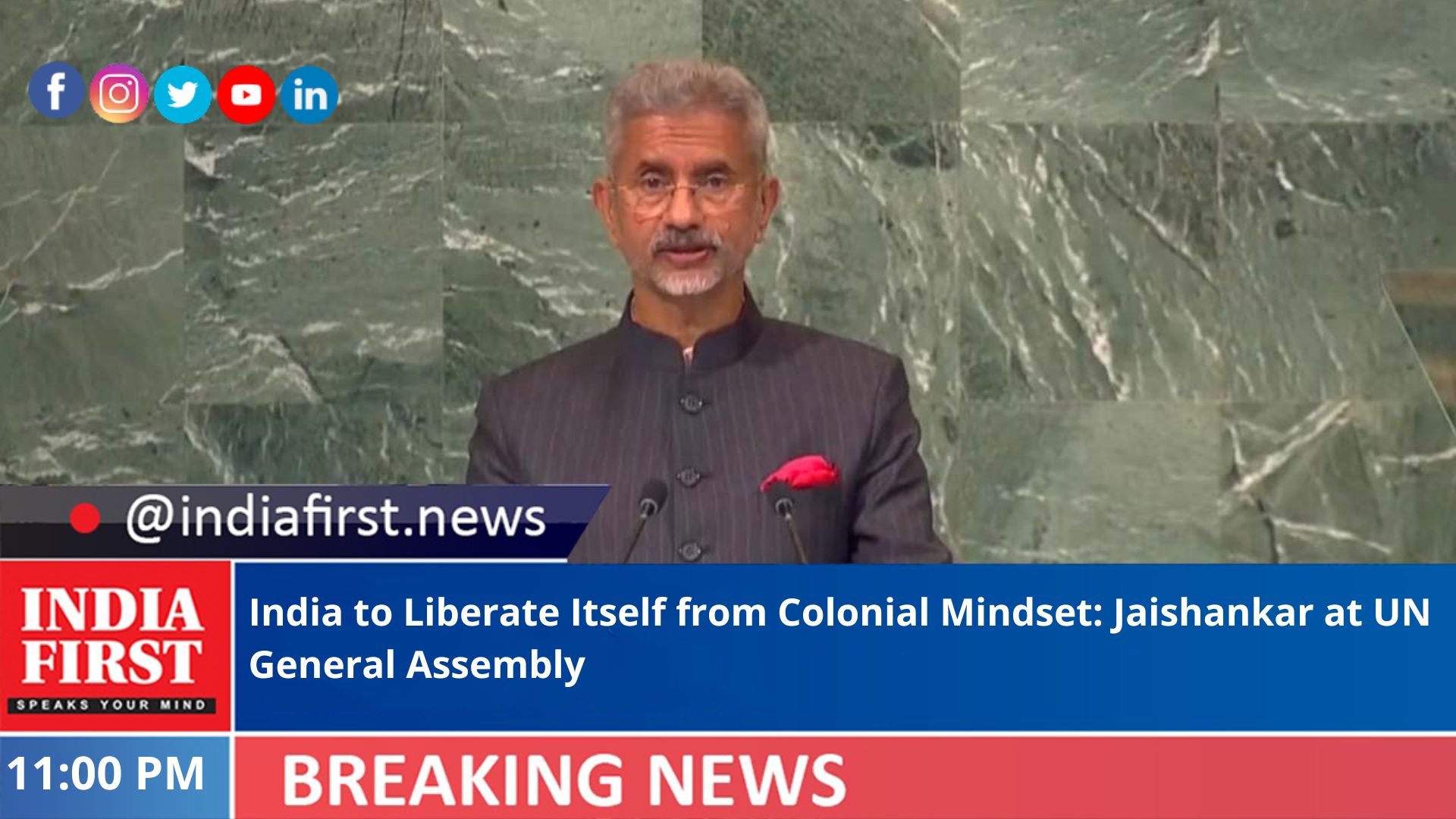 “We will liberate ourselves from a colonial mindset,” India’s External Affairs Minister S. Jaishankar has said, proclaiming India’s new agenda and laying out its global implications.

“Our rich civilisational heritage will be a source of pride and strength,” he added on Saturday at the UN General Assembly.

As India celebrates the 75th anniversary of its Independence, he said the Indian people “are rejuvenating a society pillaged by centuries of foreign attacks and colonialism”.

He attributed the “New India” that “is a confident and resurgent society” to “the visionary and dynamic leadership of Prime Minister Narendra Modi”.

India’s “age-old outlook,” he added, “sees the world as one family. We believe that national good and global good can be entirely in harmony”.

“Even as we meet our own development targets, India offers partnerships to our brothers and sisters in Asia, Africa and Latin America. And we do so based on their needs and priorities,” he said.

“We believe that multipolarity, rebalancing, fair globalisation and reformed multilateralism cannot be kept in abeyance,” the External Affairs Minister said.

He added that a reformed multilateralism would have Security Council reforms at its core, pointing out that it has considerable support among UN members.

To reform the Council, “our call is to allow serious negotiations on such a critical matter to proceed sincerely. They must not be blocked by procedural tactics. Naysayers cannot hold the IGN process hostage in perpetuity,” Jaishankar said.

The Intergovernmental Negotiations, or IGN as the reform process is known, has been blocked by a small group of countries led by Italy and includes Pakistan that has prevented the adoption of a negotiating text to allow the process move forward.

Pitching India’s case for a permanent seat, he added, “In these turbulent times, it is essential that the world listens to more voices of reason. And experiences more acts of goodwill. India is willing and able on both counts.”

He said, “The world, as we knew it, is poised for transformational changes” having been impacted by a “succession of shocks” — among them the Covid-19 pandemic, the Ukraine conflict and natural disasters.