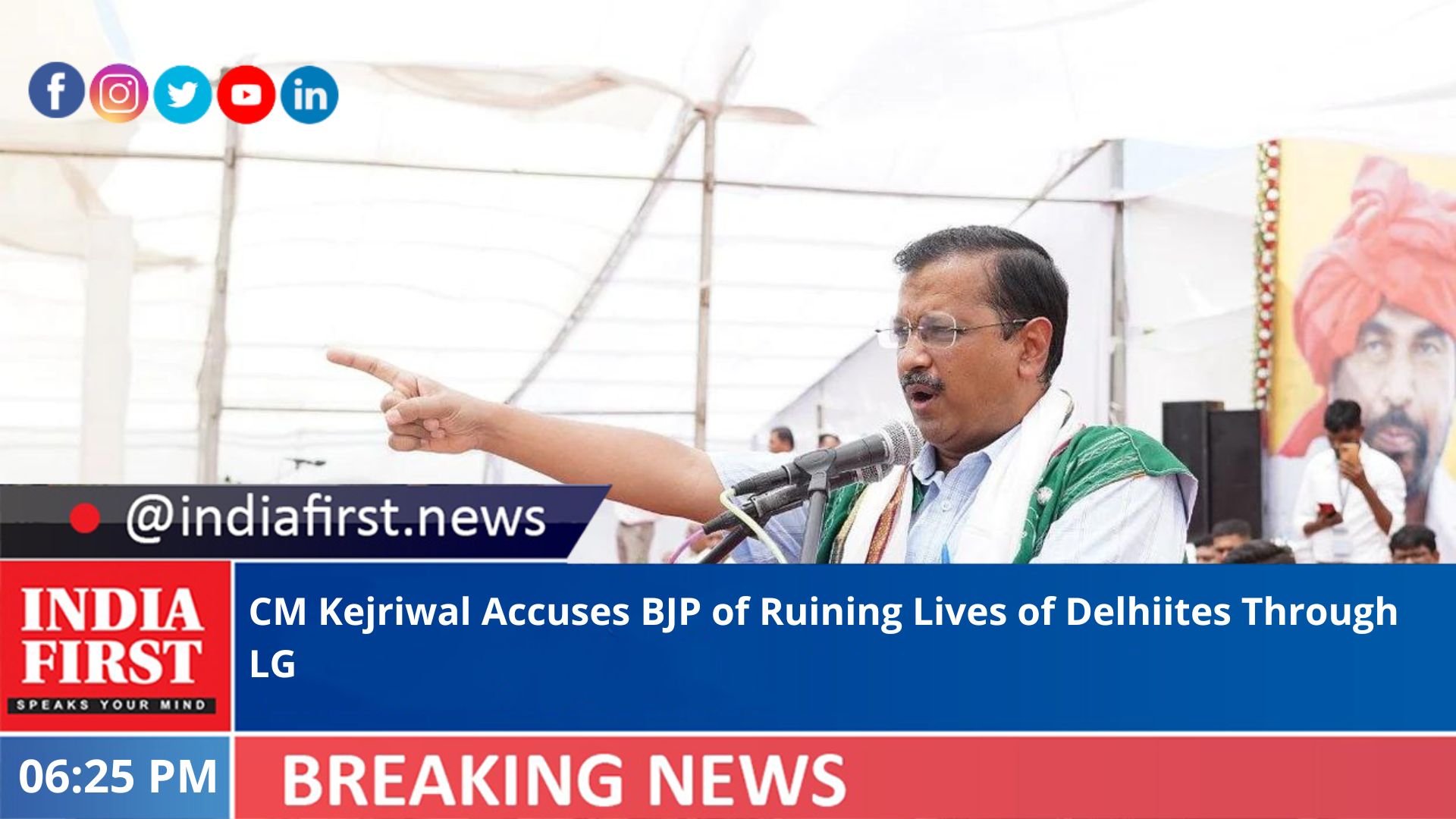 Chief Minister Arvind Kejriwal on Saturday alleged that the BJP is hell bent on ruining the lives of Delhiites.

He was responding to Lt. Governor V.K. Saxena’s letter to him earlier in the day.

In his letter, the L-G asked Chief Minister Kejriwal to take cognisance of the “baseless letter” of Deputy Chief Minister Manish Sisodia and the statements of other AAP leaders.

“I am sorry to say that apart from crossing all limits of dignity, you and your allies are constantly running away from your constitutional duties and responsibilities of governance,” the letter read.

“BJP is hell bent on destroying the lives of the people of Delhi through LG. Every day these people make a fuss about something or the other. I assure Delhiites – that as long as this son of yours is alive, don’t worry. I won’t let anyone harm you”, tweeted CM Kejriwal in Hindi in response to the letter.

In an earlier tweet, Kejriwal said that another “love letter” has arrived.

Alleging that the governance of AAP runs on the basis of advertisements and speeches only in the letter, the Lt Governor further said that it seems that the government is completely alienated from the basic works of public interest.

“It is a matter of regret that when I, while discharging my constitutional responsibilities, made you aware of these shortcomings and requested to redress, you and your colleagues did not respond, and not only misled the public on the issues by making false personal accusations”, L-G Saxena said.