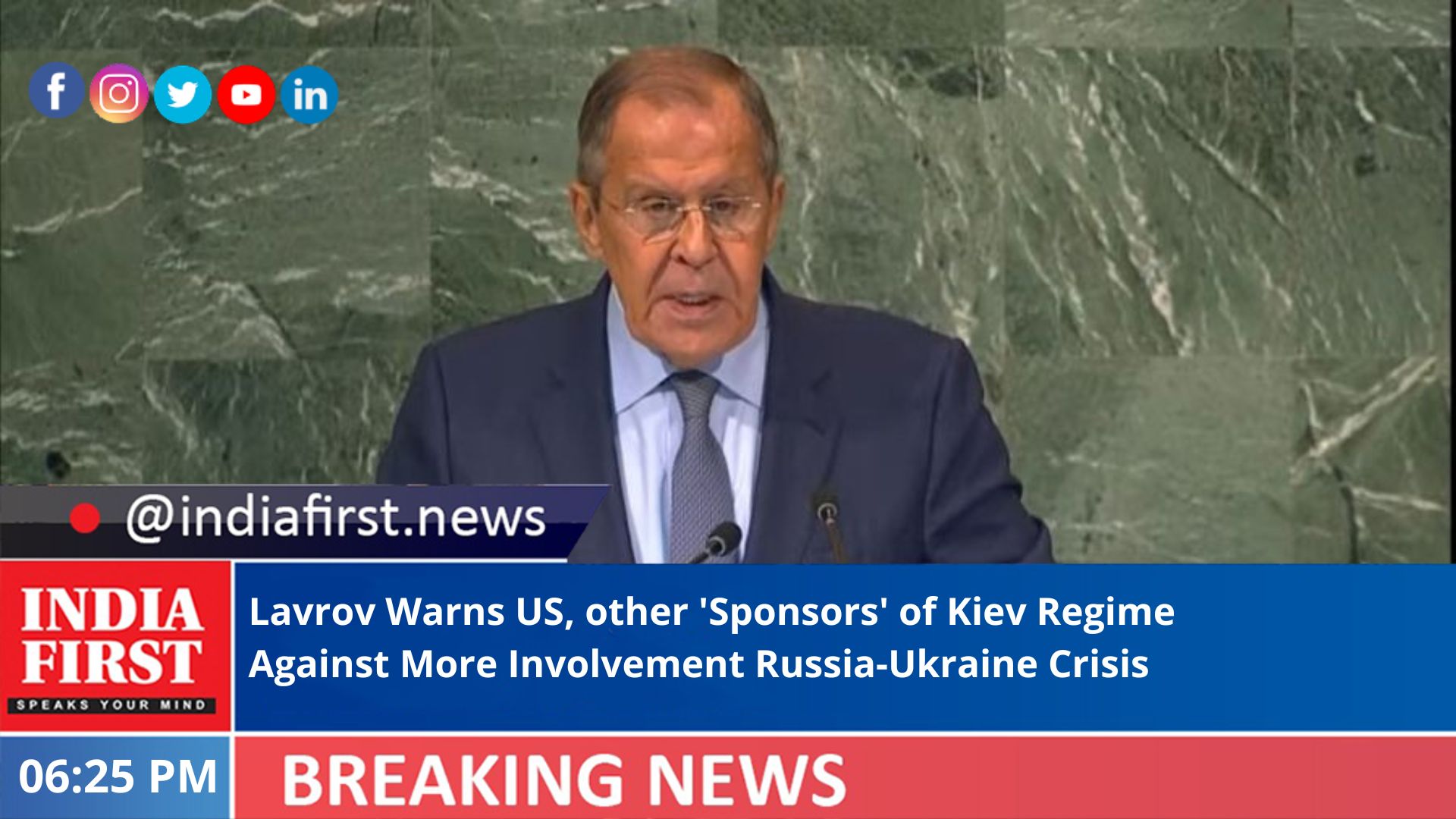 Russian Foreign Minister Sergey Lavrov has warned the United States and other ‘sponsors’ of the Kiev regime against deeper involvement in the situation as parties to the conflict.

Lavrov made these remarks at the fourth meeting of the ‘United Russia Party General Council Commission on International Cooperation and Support for Compatriots Living Abroad’ in Moscow.

“The special military operation has revealed a few alarming facts, including illegal military biological programmes at Pentagon-installed labs, as well as experiments with the creation of prohibited chemicals. The most dangerous artillery strikes on the Zaporozhye nuclear power plant continue as well,” Lavrov said.

“This character actually gave the world further evidence of the threat emanating from the Kiev regime. It is to neutralise that very threat that the special military operation was launched. Any attempts Zelensky’s secretaries are making to assure us that he meant something different are just ridiculous. We all remember him saying as far back as in February that Ukraine desired to possess nuclear weapons. That means he deeply embraced this idea quite a long time ago,” Lavrov said.

Lavrov said this summer, Zelensky pointed out that NATO should give Ukraine a place in the common security space. But his appetite is growing.

Echoing him, the head of his Executive Office, Andrey Yermak, said Ukraine should become an axis around which a new security system is to be built in Europe. Last month, Foreign Minister Dmitry Kuleba also said that it was NATO that should join Ukraine, and not vice versa.

Such slogans and ambitions are falling on fertile ground, Lavrov added.