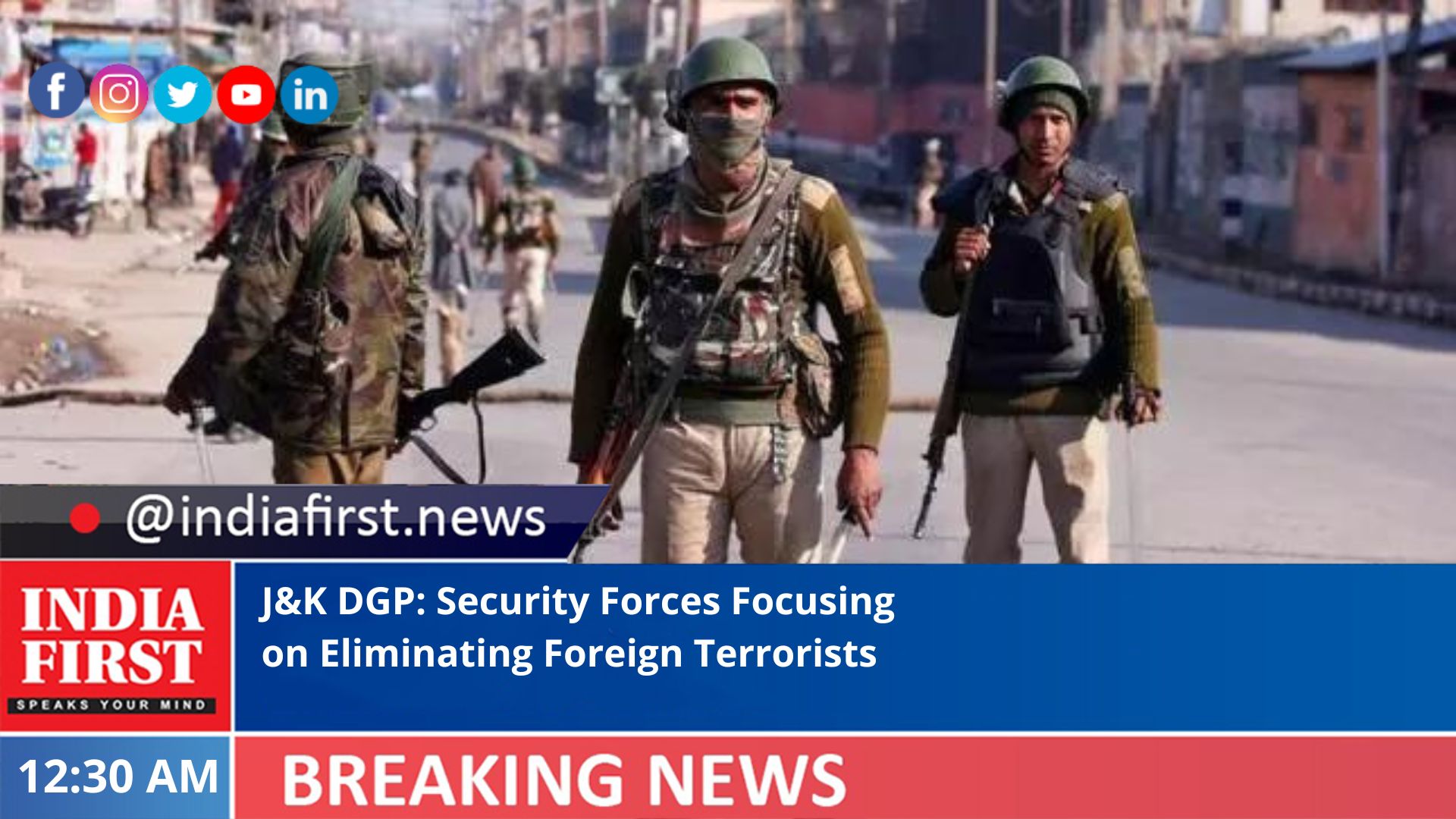 Elimination of foreign terrorists was the main focus of the security forces during the current year, Jammu and Kashmir’s Director General of Police, Dilbag Singh said on Sunday.

Speaking to reporters on the sidelines of Kashmir Marathon-2022 organised by the local police, the DGP noted that the security forces had specially focussed on wiping out foreign terrorists in Kashmir this year.

“(As many as) 40 of them were killed this year so far with the result, that local militant recruitment also dropped significantly. Foreign terrorists were instrumental in luring our youth to militancy,” he said.

“Still a few foreign terrorists are at large. They are on the radar of police and security forces. They will also be killed soon,” the DGP added.

He said that all militant outfits are “facing a leadership crisis as their infrastructure stands dismantled to a great extent”.

The DGP said credit for the end to stone pelting and street protests in Kashmir goes to the people and the youth who chose to stay away from violence.

“Stone pelting has ended in the past three years and local militant recruitment too has dropped to almost zero.

He said the weather is changing and winter is round the corner, terrorists may be pushed into this side before snow blocks passes on the line of control (LoC).

He said target killings are carried out by the terrorists to damage the atmosphere of co-existence in the Valley and also to provoke people across India to target Kashmiris working in other Indian states.

“I am grateful to citizens of other states for behaving maturely and not falling into the trap laid by the agencies supporting terrorism”, he said.

He said in Sunday’s Marathon-2022, people of all ages, including specially abled children, have participated.