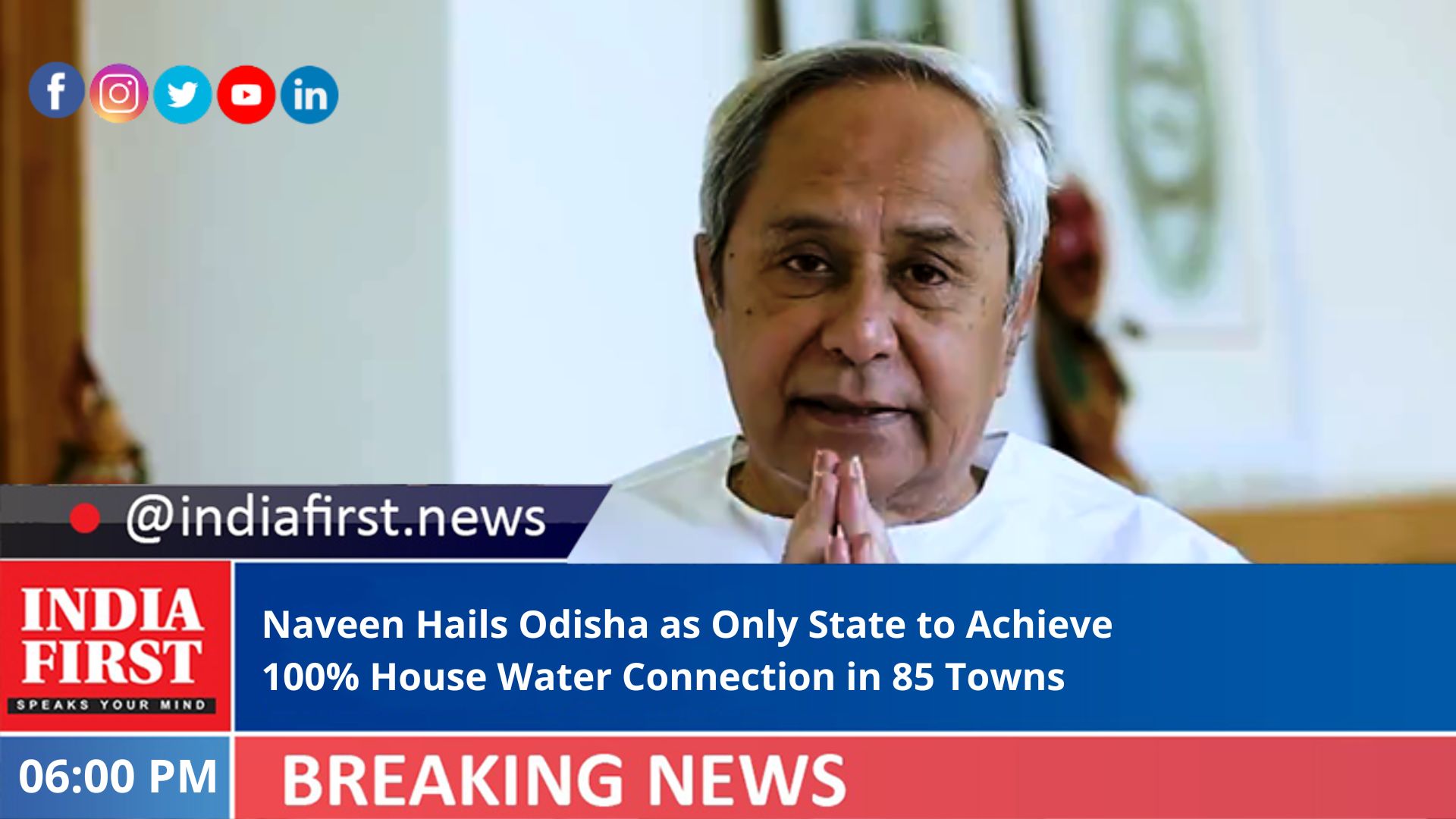 Odisha is the only state in the country to achieve 100 per cent household water supply connection in 85 out of 114 towns, Chief Minister Naveen Patnaik said here on Wednesday.

Inaugurating the capacity building programme for ‘Jal Sathis’ here, Patnaik said the state’s ‘Drink from Tap’ mission providing drinking water round the clock adhering to international quality standards has been acclaimed nationally and internationally for replication.

“Odisha’s ‘Drink from Tap’ and ‘Jal Sathi’ have become national priorities and are now included as part of AMRUT 2.0 for implementation in all the states,” Patnaik said.

“Decentralisation and community partnership are the two eyes of Odisha model of urban governance, and our Jal Sathis represent both. I am happy that Jal Sathi, an initiative launched three years ago on pilot basis, is today managing urban water supply in the entire state,” he said.

As of now, as many as 740 Jal Sathis are managing 8.4 lakh consumers and water charges to the tune of Rs 67 crore have been collected.

Principal Secretary in the housing and urban development department, G. Mathivathanan, informed that 97 per cent of the urban population in the state now have access to piped water.

While 85 towns of the state have 100 per cent piped water supply connection, the remaining 20 towns will be covered by December 2023, he said.