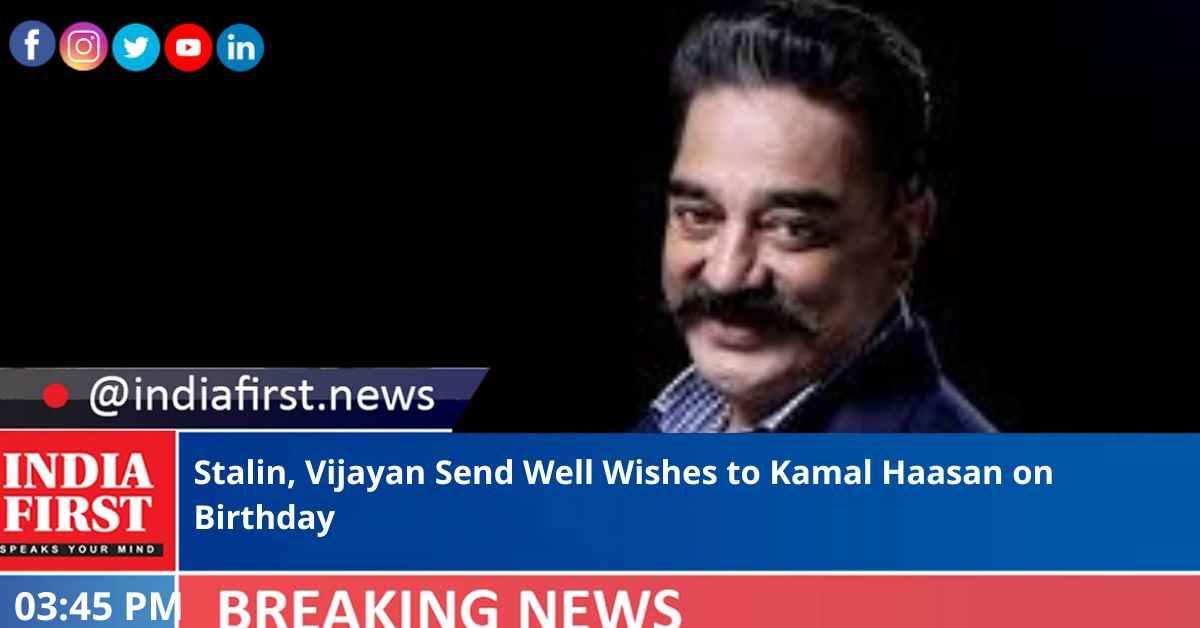 Taking to Twitter, Tamil Nadu Chief Minister M.K. Stalin, in Tamil, expressed his heartiest birthday wishes to the Chief of the Maiam political party and his dear friend, Kamal Haasan, who he said, continued to keep evolving and improvising through his unquenchable thirst for art.

He wrote, “Happy birthday dear Kamal Haasan. As an unparalleled artist, you continue to amaze us. Your unwavering adherence to democratic and secular values inspire us. Wish you many more years of happiness and health.”

Several actors, directors, producers, production houses and fans too wished the actor, who turned 68 on Monday.

On the eve of his birthday, the actor’s production house, Raaj Kamal Films International along with director Mani Ratnam’s Madras Talkies and Udhayanidhi Stalin’s Red Giant Movies announced that Kamal Haasan would be playing the lead in a film that was to be directed by Mani Ratnam.

Mani Ratnam and Kamal Haasan will be working together again on a film, 35 years after they made the cult classic ‘Nayagan’.