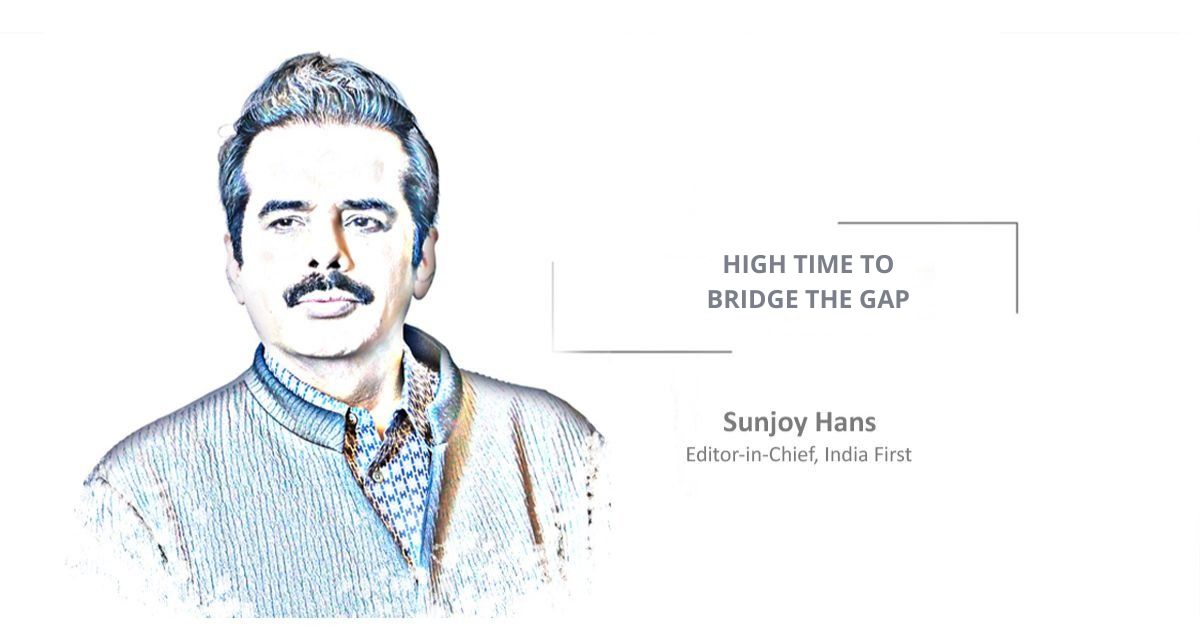 President Draupadi Murmu’s awe-inspiring two-kilometre walk to Puri Jagannath Temple on October 10 during her maiden visit to home state Odisha after assuming the nation’s top constitutional post was not only symbolic of the long way that she has come from her humble beginnings as the daughter of a Santhal farmer from remote Mayurbhanj district, but also indicative of the inner faith, self-belief and dedication to work that got her to where she is today.

After returning to Bhubaneswar later that day, while addressing a civic reception programme hosted by the Odisha government at Raj Bhawan, President Murmu noted that the international community’s outlook towards India had changed thanks to the success it achieved on the Covid-19 vaccination front during the pandemic and also the leading role it played in the field of climate change and environmental protection.

India is indeed enjoying an elevated standing on the world stage, and the reasons are many. Whether it be the break-neck speed at which many of its technology-driven industries are growing, or the steady pace at which it is moving towards becoming a self-reliant nation (particularly in critical sectors such as infrastructure, defence and health), or its independent foreign policy and assertive diplomacy that helps it withstand the pressure of Western powers and take an independent stand on global issues such as the Russia-Ukraine war while acting unapologetically in the interests of the Indian people.

All of this has been possible in no small part to the strong, inspirational and stable leadership of Prime Minister Narendra Modi. It is these very qualities that have made him by far the most popular leader of the country over the past eight years. And for those very reasons, he remains the BJP’s electoral trump card and campaigns for the party in practically every poll-bound state.

Facing anti-incumbency headwinds in Himachal Pradesh, the BJP almost relied entirely on the Modi charisma and his promise of double-engine growth to retain power. As usual, the Prime Minister delivered what was expected of him. His rallies earlier this month in the hill state were well-attended, his speeches heavily applauded, and his gestures – the most notable one was when he stopped his cavalcade to give way to an ambulance – widely appreciated.

However, in his home state of Gujarat, which is going to polls on December 1 and 5, and where the BJP has ruled uninterrupted for the past 25 years, the Prime Minister had to defer or cancel a virtual address at The Page Committee Sneh Milan program in Gandhinagar and a road show in Ahmedabad earlier this month due to the Morbi mishap.

Instead, as expected, Prime Minister Modi immediately directed an in-depth investigation into the disaster, visited the site of the tragedy, met the surviving victims, and announced compensation for the kin of the deceased. Given the scale and circumstances of the tragedy, the fact that similar accidents are not exactly uncommon in India and the reality that those responsible for such disasters often escape punishment, the Prime Minister’s personal attention and legendary leadership will be crucial to prevent such unfortunate incidents from happening again.

The Morbi incident showed that a gap remains between what India is and what Indians want it to be. That gap must be bridged – the sooner the better.