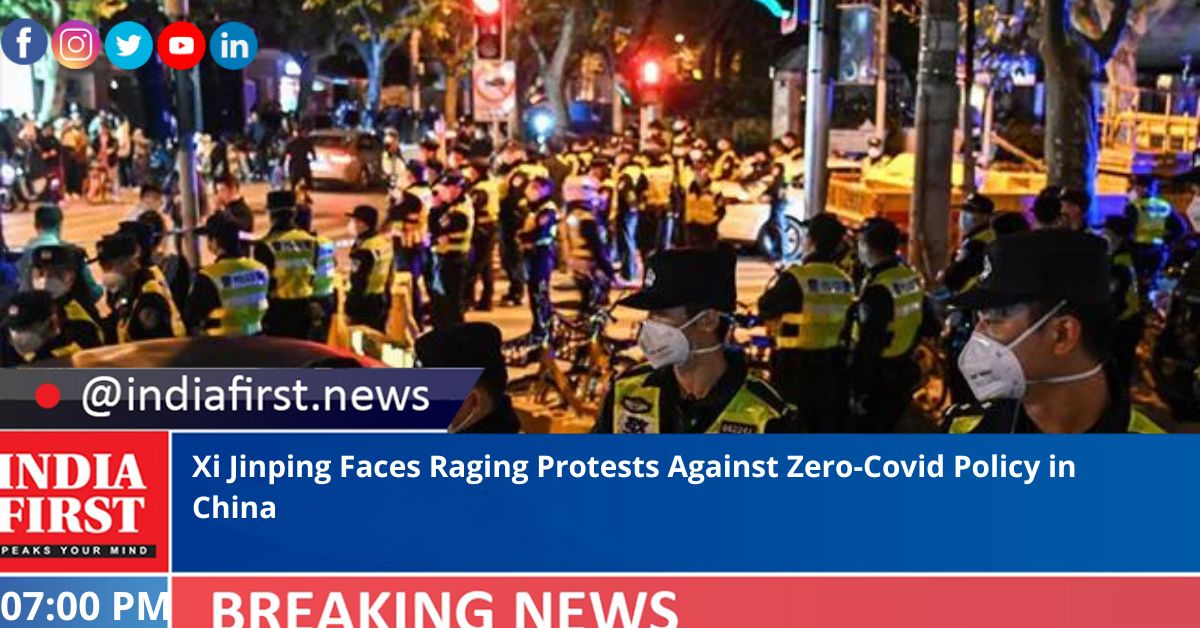 Chinese Presdeint Xi Jinping on Monday faced unprecedented dissent after thousands of demonstrators protested in cities across the country over the weekend against his zero-Covid strategy, with some daring to openly call for his removal in the streets.

“Step down, Xi Jinping! Step down, Communist Party,” some protesters yelled among hundreds who gathered in the financial hub Shanghai, one of multiple major cities where protests broke out following a deadly fire on November 24 at an apartment block in the far western region of Xinjiang, reports CNN.

The fire appeared to act as a catalyst for searing public anger over China’s strict zero-Covid measures after videos emerged that seemed to suggest lockdown measures delayed firefighters from reaching the victims.

From Shanghai to the capital Beijing, residents gathered to grieve the 10 people killed in the blaze in Xinjiang’s capital Urumqi, speak out against zero-Covid and call for freedom and democracy. On dozens of university campuses, students demonstrated or put up protest posters.

In many parts of the country, residents in locked-down neighbourhoods tore down barriers and took to the streets, following mass anti-lockdown protests that swept Urumqi on Friday night.

Such widespread scenes of anger and defiance, some of which stretched into the early hours of Monday morning, are exceptionally rare in China, where the ruling Communist Party ruthlessly cracks down on all expressions of dissent, CNN reported.

But three years into the pandemic, many people have been pushed to the brink by the government’s incessant use of lockdowns, Covid tests and quarantines, as well as ever-tightening censorship and continued onslaught on personal freedoms.

The ratcheting-up of restrictions in recent months, coupled with a series of deaths blamed on an over-zealous policing of the controls, has brought matters to a head.

Chinese stock markets and the yuan tumbled in early trade Monday amid concern about the government’s potential response to the protests, which varied from city to city and in some areas became more heavy-handed as the weekend progressed, CNN reported.

Though the protests made headlines in international media, Chinese state media carried stories and opinion pieces stressing the severity of the Covid outbreak and the need to persevere with methods to stamp it out.