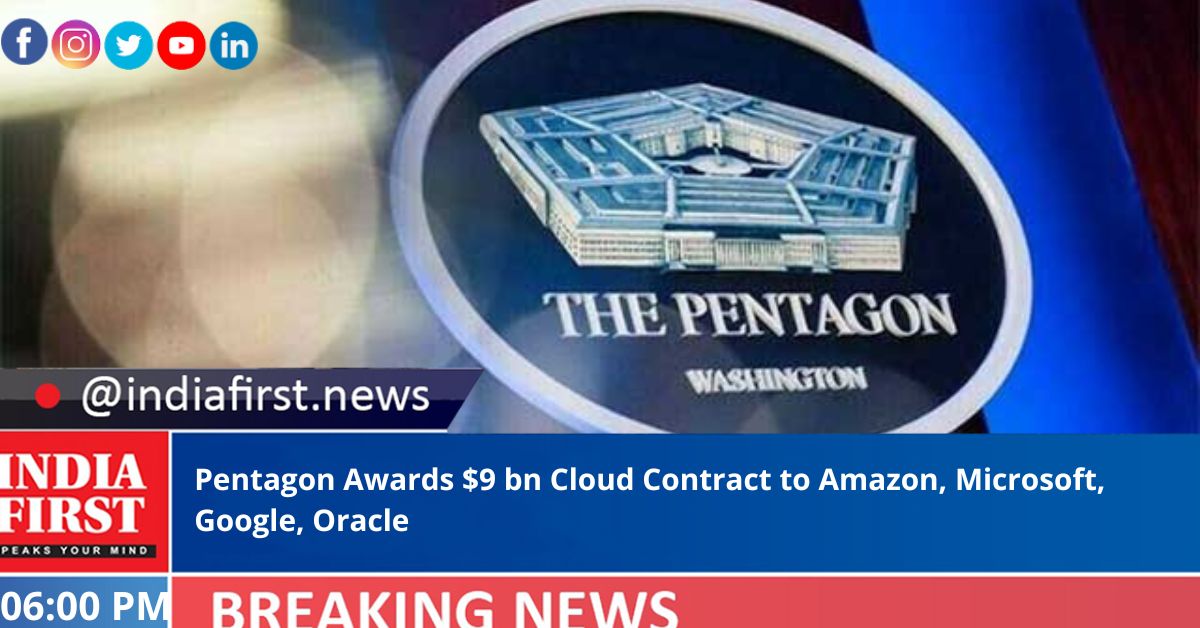 Ending the bitter Cloud war, the Pentagon has awarded its multi-billion dollar Cloud-computing contract to all the major players — Amazon, Google, Microsoft and Oracle – that can reach up to $9 billion in total till 2028.

“No funds are being obligated at the time of award; funds will be obligated on individual orders as they are issued. The purpose of this contract is to provide the Department of Defense with enterprise-wide, globally available cloud services across all security domains and classification levels, from the strategic level to the tactical edge,” Pentagon said in a statement on Wednesday.

The Pentagon had to cancel the $10 billion JEDI contract that was given to Microsoft in 2019, leaving the favourite Amazon out of the race during the Donald Trump administration.

All Cloud giants like Amazon, Microsoft, Google and Oracle were invited to bid for the JWCC Cloud contract.

“The government anticipates awarding two contracts — one to Amazon Web Services AWS) and one to Microsoft Corporation (Microsoft) — but intends to award to all Cloud Service Providers (CSPs) that demonstrate the capability to meet DoD’s requirements,” the Pentagon had said in a statement in November last year.

The JEDI contract was meant to modernise the Pentagon’s IT operations for services rendered over 10 years. After Microsoft was awarded the decade-long contract in October 2019, AWS had filed a bid protest directly to DoD, challenging the decision.

Amazon believed that the re-evaluation process was highly flawed, and subject to undue pressure from the former US President Donald Trump.