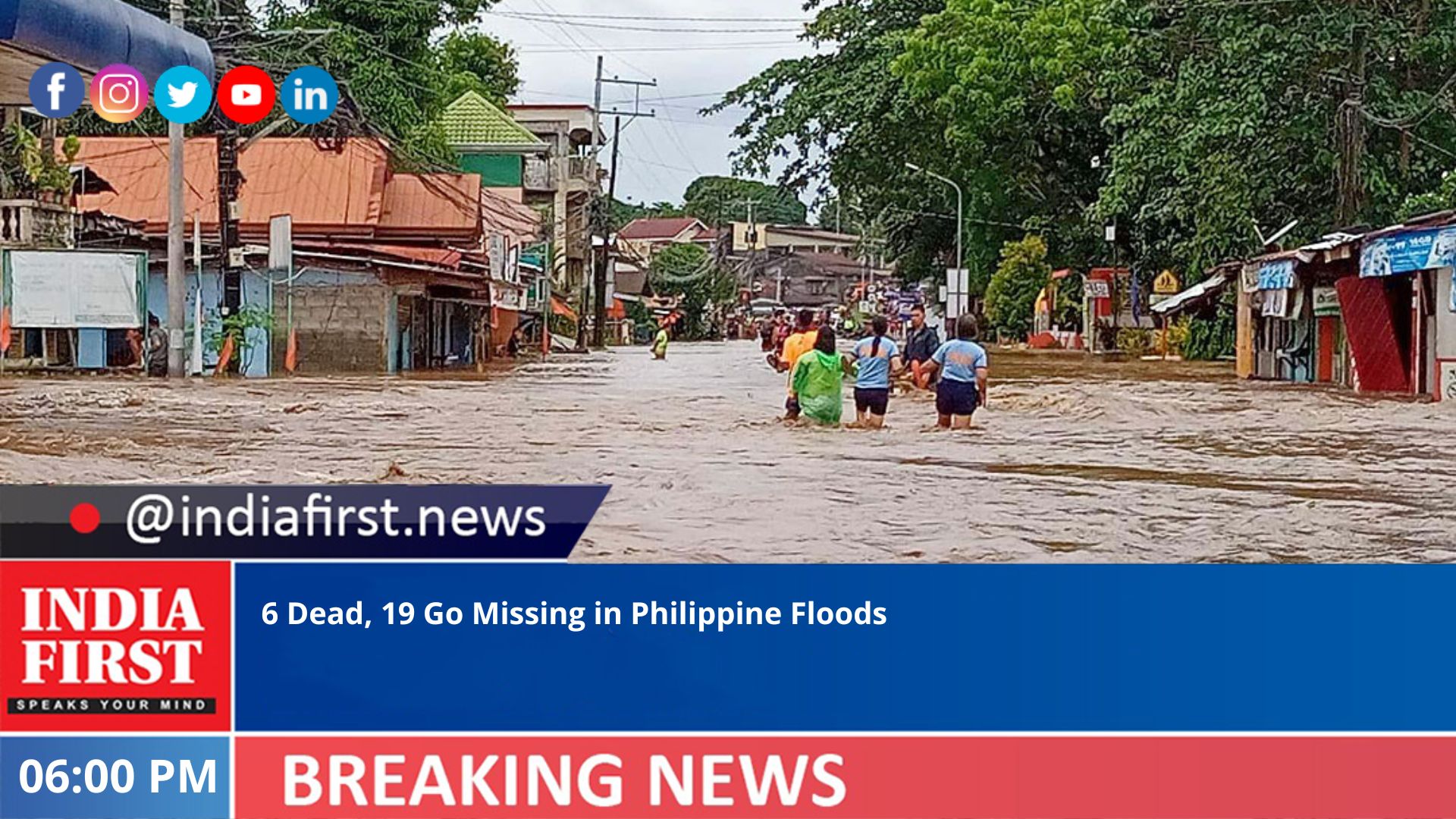 At least six people have died and 19 others are missing due to flooding triggered by heavy rain across the Philippines over the weekend, the government said on Monday.

For the missing people, the agency said 10 were in the Bicol region.

Three others were reported injured.

The agency said the flooding affected over 100,000 people in five regions, mainly in the central and southern Philippines.

The NDRRMC added that almost 50 houses were either totally or partially damaged by heavy rain and flooding.

On Monday, the state weather bureau warned that the shear line will bring “moderate to heavy rains with, at times, intense rains over central and southern Philippines”.

“Flooding and rain-induced landslides are likely,” the weather bureau warned, urging the public and government agencies “to take all necessary measures to protect life and property”.