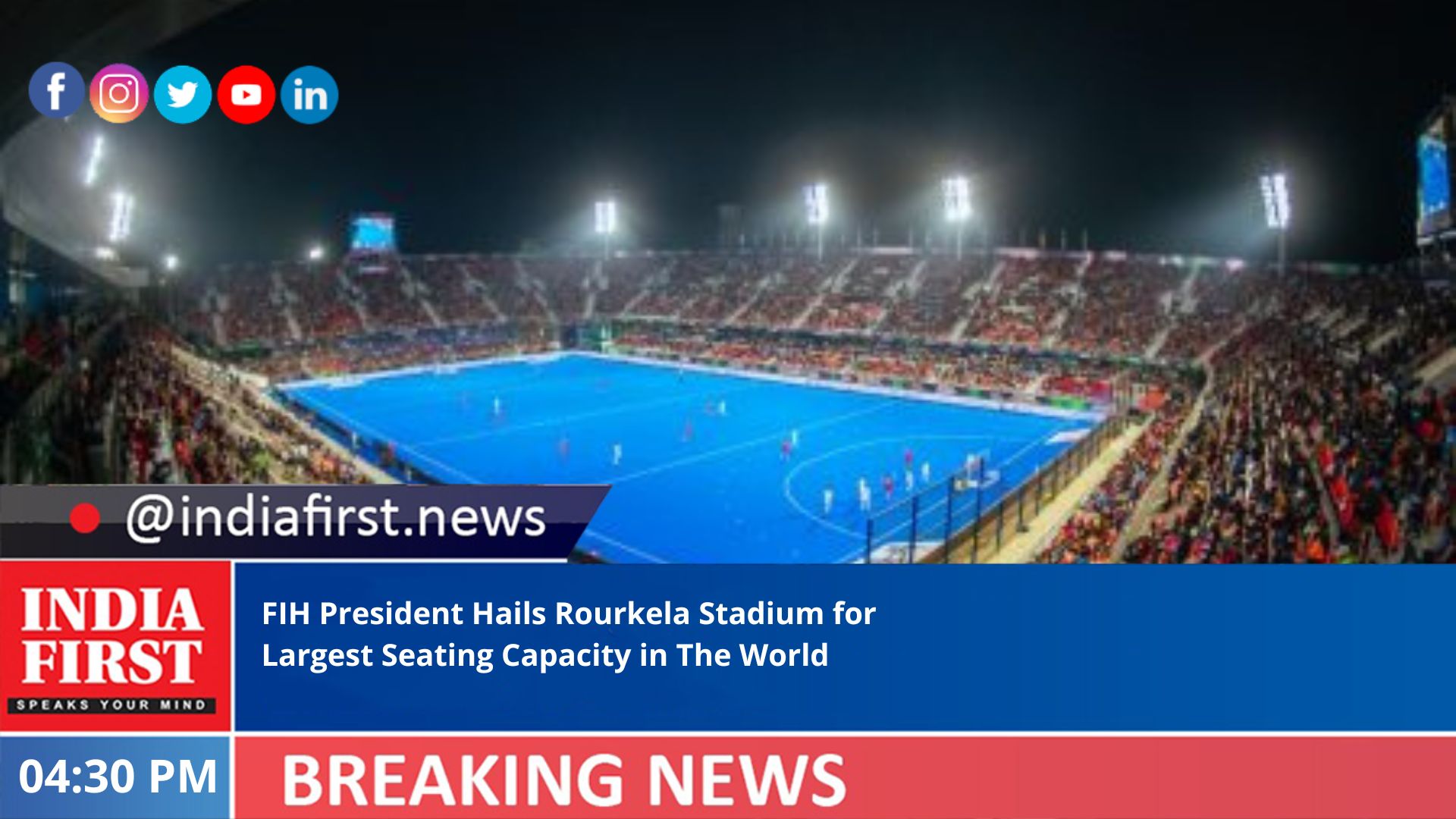 Putting a full stop on the debate over ‘world’s largest’ tag for Birsa Munda hockey stadium in Odisha’s Rourkela, International Hockey Federation (FIH) President Tayyab Ikram on Sunday said it has the maximum seating capacity in the world.

Addressing a press conference at the stadium, Ikram said: “There was a lot of debate over Rourkela stadium that it was the largest one, the biggest one. The seating capacity at Birsa Munda Hockey Stadium is 21,800 now. You don’t have this seating capacity anywhere in the world.”

“The stadium has smart infrastructure. It not only provides world class infrastructure to hockey players, but also provides a fantastic platform for broadcasters and commercial partners,” he added.

He was all praise for the efforts that the Odisha government has put in to organise the World Cup.

“Let me congratulate and express my sincere gratitude to the Odisha government, government of India, leadership of Odisha government, especially Chief Minister Naveen Patnaik for his dynamic leadership. Global hockey is blessed that he prioritised the sport in Odisha and put a lot of investment,” Ikram said.

According to the FIH chief, Odisha is not only building the infrastructure, but converting it into a smart way that now has an impact on the community of Odisha.

“It is not only a competition, not just a mega event, but it is transforming the lives of the local community which I felt during the opening ceremony and during my last two days here (in Rourkela). Even on non-India match days, the turn-up at the stadium is a great thing which made me realise what hockey could do,” he said.

About the future of hockey in Odisha, the FIH President said there was a proposal from Hockey India about another tournament and they will seriously ponder over it.