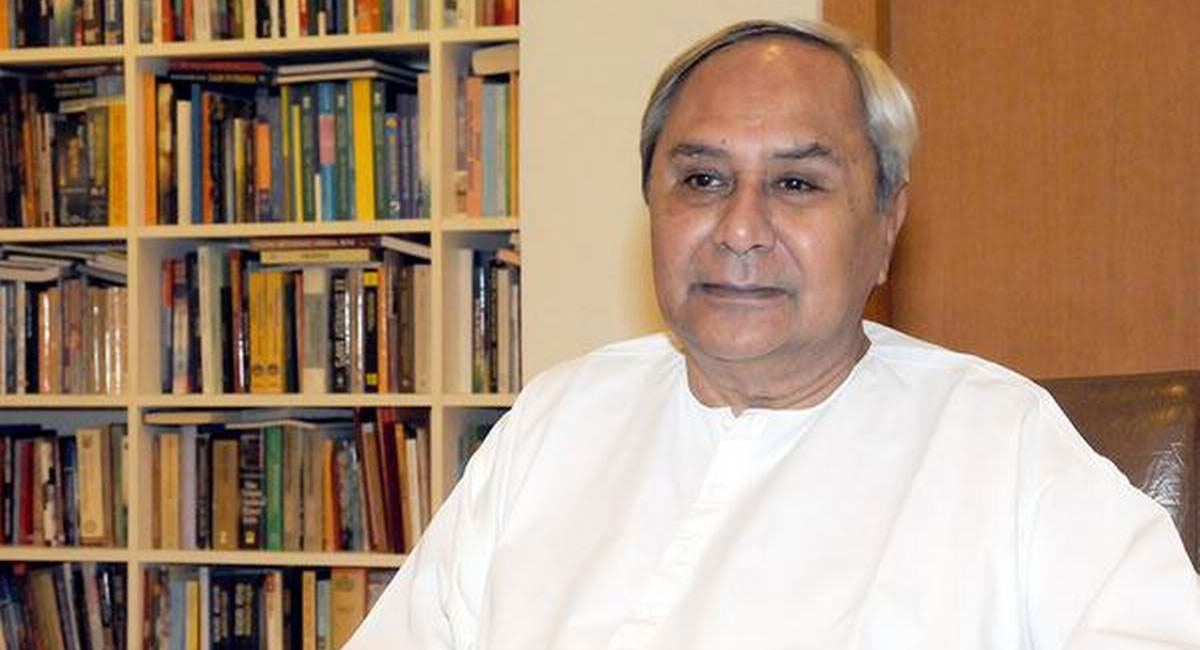 Despite no dearth of hurdles along the way, the Naveen Patnaik government continues to keep Odisha on the fast track to progress

A few days ago, renowned actor and filmmaker Kamal Haasan was in Bhubaneswar to receive an honorary doctorate from a state private university for his outstanding contribution to Indian cinema. While presenting him the degree at a special ceremony in the state capital on November 19, Odisha Chief Minister Naveen Patnaik hailed South India’s most critically acclaimed megastar as “a legend who has served the nation throughout his life through art, cinema and humanitarian works”.

“I am informed that he has turned his fan club into an organisation for humanitarian activities. This speaks volumes about his commitment for human values. I wish him success in all his endeavours,” the Chief Minister said, referring to Haasan’s foray into politics last year as the founder-President of Makkal Needhi Maiam (MNM) party in Tamil Nadu.

Just the previous day, however, Haasan had called on the Biju Janata Dal supremo to seek advice about his fledgling political career.

“I was asking my questions and I got some great answers. We are watching him and learning from his wisdom,” Haasan stated after his meeting with the man who has been serving uninterruptedly as the Chief Minister of Odisha for the past 19 years.

Who better to seek political advice from than a five-time Chief Minister, especially one who not only enjoys an unblemished political record and enduringly clean public image but also constantly keeps improving his governance model and, consequently, the performance of his administration.

On the very day that the two legends of their respective fields met at Naveen Niwas, it was revealed that vigilance department had booked as many as 6,817 government officials for alleged corruption  so far (until September 30) this year and their cases were under various stages of trial in courts.

In his written reply to BJD legislator Sudhir Kumar Samal, the Chief Minister mentioned that vigilance cases have been registered against 895 Group-A officers, 798 Group-B officers, 3,535 Group-C officials, 193 Group-D officials and 1,396 other public servants.

In addition to that, the Odisha government has deployed prosecution liaison officers at vigilance courts and the superintendents of police (SPs) of various vigilance divisions are holding meetings regularly with special judges of such courts to ensure speedy trials in these cases.

This happened hours after a three-member committee – comprised of the state’s chief secretary, development commissioner and home secretary – was set up to probe into unusual delays in allotment of fire safety certificates.

An order from the Home Department read: “It is reported that there is huge pendency of applications for issuance of fire safety recommendations and certificates in the Directorate of Fire Services. This has caused immense inconvenience not only to general public but also to business, industry, educational and medical establishments.”

As Sharma was removed with immediate effect, Satyajit Mohanty (director intelligence) was made the acting DGP until Abhaya’s joining, while Sunil Ray was appointed as the new DG Fire and Home guard.

The sudden change of guard in Odisha police raised some eyebrows in the state with critics and opposition parties decrying the unceremonious removal of Sharma as a bad precedent. While some opposition leaders said the government was making a habit of humiliating DGPs to shift public attention away from real issues in the state, others questioned why Sharma’s credentials were not   verified properly enough before his appointment to the top post in August this year.

However, a majority of political analysts agreed that the state government’s move was strictly in keeping with its latest 5T model of governance, and especially its Mo Sarkar initiative that was officially launched only as recently as October 2 this year.

The Naveen Patnaik administration’s unprecedentedly proactive approach was evident not just in matters relating to corruption, but also on other fronts such as industry, environment, services and education.

Two days before these proposals were cleared, Tripathy had held a meeting aimed at stepping up efforts towards the protection and conservation of the endangered Olive Ridley turtles during the mass nesting season.

The departments of Fishery, Forest and Marine police were instructed to operate in close coordination and ensure that the conservation rules were strictly enforced. The Coast Guard was requested to have real-time intelligence sharing with the departments about any illegal fishing.

Institutions such as Integrated Test Range, Defence Research and Development organisation (DRDO), Dhamara Port, Gopalpur Port and Paradeep port authorities were directed to observe the black-out and light-dimming practices to protect the turtles from potential delusion.

The Chief Secretary called on all departments concerned to not only take pride in sea turtle conservation but also turn it into a mass movement through active public participation and align the issue with brand Odisha.

Long before the meeting was held in fact the state government had taken a good few steps on the matter – from putting a seven-month ban on fishing starting November 1 this year through March 31 next year, to deciding on a compensation amount of Rs 7,500 for around 8,000 fishermen families who will bear losses for the fishing ban.

Principal Chief Conservator of Forest (PCCF) Sandeep Tripathy declared that fishing by trawlers with 30 HP or more would be banned up to 20 kms inside the sea, particularly in Olive congregation area and their buffer zones across the three river mouths of Dhamara, Devi and Rushikulya. Meanwhile, PCCF (Wildlife) Hari Sankar Upadhya also stated that there would be 66 offshore patrolling camps this year.

Another important manifestation of the 5T model of governance was seen more recently with the three Memorandums of Understanding (MoUs) that the Housing and Urban Development department signed with e-gov Foundation, Janagraha Centre for Citizenship and Democracy, and Indian Heritage Cities Network Foundation to transform urban service delivery system in the state.

According to a government official, the e-gov foundation of Nandan Nilekani and Srikanth Nadhamuni will provide a full range of municipal services applications – such as a feature-rich dashboard portal for all urban local bodies (ULBs), public grievance management system, finance and accounting, property tax management, water and sewerage system, trade licence system, and online building plan approval system, among others – that will be easily accessible to the public through the Web and mobile app.

Ramesh and Swathi Ramanathan’s Janagraha Centre for Citizenship and Democracy will execute a transformative reform of property taxation in ULBs that will lead to revenue growth for ULBs and investment in better service and infrastructure.

The MoU between Housing and Urban Development and Tourism departments and the Indian Heritage Cities Network foundation (an official partner of UNESCO and represented by its chairman Ramachandran) is for promotion of heritage-based sustainable development.

Present during the MoU signing ceremony, the Chief Minister expressed his government’s commitment towards bringing about tangible transformation in the lives of people.

An equally significant development was seen on the education front as well.

“The Government of Odisha has sanctioned Rs 100 crore to Utkal University for opening six Centres of Excellence. The university has already received Rs 40 crore in the current academic year,” the Chief Minister announced on November 23 while addressing the inauguration ceremony of the five-day platinum celebration of Odisha’s premier university in Bhubaneswar.

Revealing that additional funds have been provided for infrastructure development of the University itself, Naveen called upon its students to contribute to the growth of Odisha.

“The youth are the real potential of a nation. Their education, knowledge, creativity, innovation abilities and an undaunted spirit to conquer the world will decide the future of the nation … Teachers and students are the principal players in an institution like this. Teaching, learning is an ongoing and evolving process. Management, infrastructure, learning resources and even curriculum are facilitating factors. The outcome of this entire exercise is quality human resource,” he added.

Many political and economic experts agree that improving the quality of human resources is one of the keys to Odisha’s progress on the fast track, because there is still no dearth of hinderances along the way.

A glaring example was a booklet, released by the state school and mass education department on Mahatma Gandhi’s 150th birth anniversary, which triggered a big political row – and understandably so. In the two-page booklet, titled “Aama Bapuji: Eka Jhalaka” (Our Bapuji: A Glimpse), Mahatma Gandhi’s death on January 30, 1948, was ascribed to accidental reasons – when in reality, of course, as the whole world knows too well, the father of modern India was assassinated on that date.

Soon after opposition parties raised the roof in the Bidhan Sabha on November 15, demanding an apology or a resignation from the Chief Minister, the state government ordered a probe into the matter and withdrew the controversial brochure the very next day. Explaining that the egregious error was accidental and unintentional, Odisha School and Mass Education Minister Samir Ranjan Dash told the state assembly on November 16 that the government had already disengaged an employee and sought an explanation from two others in connection with the case.

Whether it was ill-intended mischief or sheer incompetence on part of the personnel concerned from that department, the BJD government was left red-faced quite unnecessarily over an issue that was completely avoidable.

Besides, more importantly, there are some real systemic issues that will need to be resolved systematically over a period of time.

Of course the government is implementing several measures for quicker disposal of cases as well as curbing road accidents.

For instance, apart from cancelling driving licences for violation of the motor vehicle rules as per the direction of the Supreme Court, the government has also deployed 37 interceptors with speed detection radar and breath analysers to punish drunken drivers.

The government is also unable to collect arrears of water cess amounting to Rs 3,225.47 crore (until August this year), owed to it by different industries and commercial organisations across Odisha as several of them have moved different courts disputing the water cess imposed on them.

But these are just a few of the many challenges the Naveen Patnaik government has always faced on a daily basis. Yet it has brought about progress so comprehensively, and at such pace, with its performance-oriented approach over the past 19 years that Odisha has become a model state in many aspects for the rest of the country.

Therefore, when Haasan said before leaving Bhubaneswar that “we are trying to seek knowledge from here so that we would make Tamil Nadu like Odisha”, he did not look like he was acting.