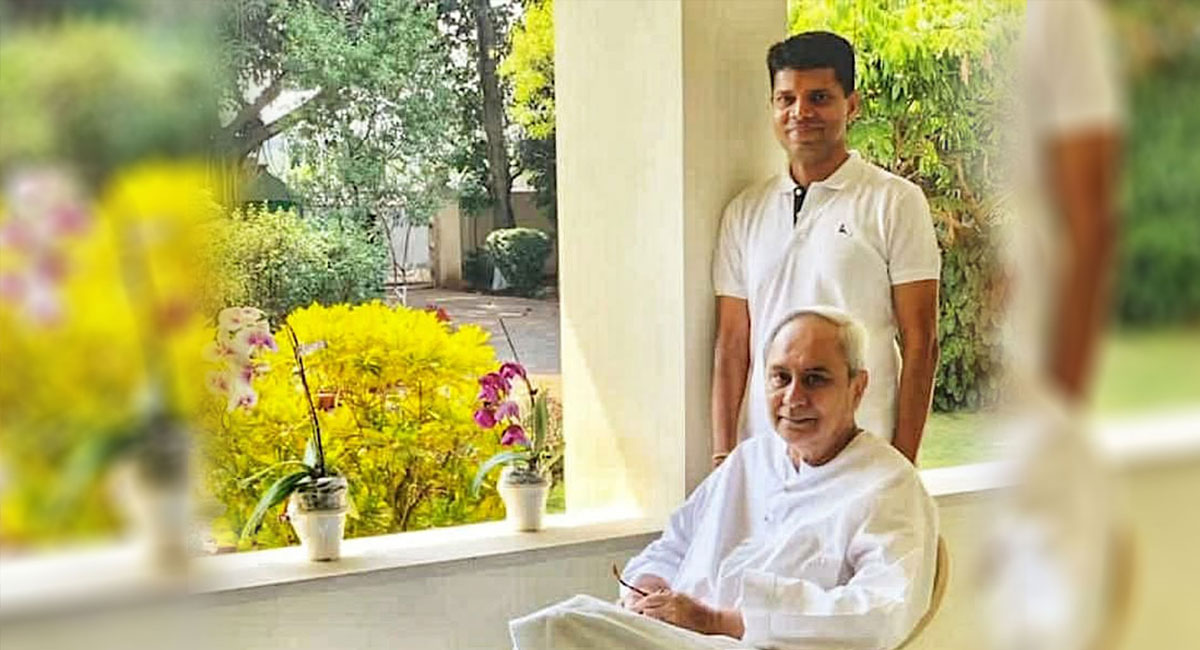 After becoming 5T secretary, V.K Pandian has been showing new facets of his long-proven leadership qualities

The turn of the year saw some videos featuring V. Karthikeyan Pandian, long-time private secretary to Odisha Chief Minister Naveen Patnaik, go viral in the state and far beyond.

This might have happened for more reasons than one. After all, these videos were about the five-time Chief Minister officially unveiling on December 30 the draft architectural plan of Shree Jagannath Heritage Corridor in Puri, one of the holiest places of Hindu pilgrimage – something that would naturally capture the imagination of not only the people of Odisha but also Odia communities across the globe.

However, the biggest talking point by far about the whole affair was Pandian’s welcome address ahead of the plan presentation. This was not because he said anything controversial on the occasion – far from it – but perhaps because he had rarely been seen speaking, especially with such flair, in presence of the media.

Hailing from Tamil Nadu, the 2000-batch IAS officer had chosen to let his work do the talking ever since he began his bureaucratic career in his cadre state. With this approach alone he won a few national awards for outstanding achievements over the course of his first decade in service at the district level in Odisha. In the meantime, he also earned his reputation as an honest, enterprising, industrious and efficient officer, which contributed in no small measure to his career-defining appointment as private secretary to CM in 2011.

Over the best part of the past nine years, despite becoming the most powerful bureaucrat of the state as Naveen’s trusted lieutenant who oversaw the timely and effective implementation of his government’s numerous development programmes and welfare schemes, Pandian had managed to maintain a rather low profile. By the sheer virtue of his special position, he had been heard and talked about a lot in political and media circles – but he was barely ever heard from or seen in public.

However, things began changing at a fast clip in October 2 last year when the nationally pioneering Mo Sarkar initiative, aimed at making the government more people-friendly and delivery of public services more efficient, was officially launched as part of the 5T model of governance that Naveen had earlier instituted to pace up Odisha’s overall progress through transparency, teamwork, technology and time – all leading to transformation.

Pandian’s additional appointment to the newly created post of Secretary to CM Transformation and Initiatives (5T) saw him make whirlwind tours across the state in which he made quite a few surprise visits to several government facilities, particularly the district hospitals and regional transport offices, and personally checked with the public whether they were able to avail themselves of the services they were entitled and expecting to receive.

Although he was accompanied by a few top-rung senior bureaucrats during these visits, including Chief Secretary Asit Tripathy, the gaggle of media people as well as district administration officials present on site were clearly – and literally – following the CM’s right-hand man. Pandian could do nothing about the cameras trained on him as he made his way to the facilities, but he never once obliged the media with an interview or any kind of interaction.

Ever since these developments, there had been a couple of videos from the Odisha secretariat – now renamed the Lok Seva Bhawan – where Pandian was seen addressing meetings to hammer into all levels of the state administrative machinery the essential spirit and the mandatory requirements of the Mo Sarkar initiative in particular, and the 5T programme in general.

However, the one on the day before New Year’s Eve, was quite different.

“You all may be thinking why am I giving the welcome address,” Pandian said, sporting a rare smile before the media cameras, in the presence of the Chief Minister, Chief Secretary and other high-ranking officials.

“A lot of people were wondering how come this Puri temple project started all of a sudden. Since I am in the system and was witness to the project getting evolved, I thought I should clarify this to everyone present here,” the 5T secretary continued.

Then, in near-fluent Odia, Pandian went on to narrate how the idea of the project germinated back in January 2016 during the Chief Minister’s customary annual trip to Lord Jagannath Temple in Puri.

“Throughout the 40-50 kilometres of our entire road journey, every time we passed by a hoarding carrying a photo of Lord Jagannath, I saw Sir folding his hands, closing his eyes and saying a little prayer. I got to see a different side of our honourable Chief Minister and realised what a big devotee he is of the Great Lord,” Pandian revealed after publicly taking due permission from Naveen to do so.

“On our way back, sir told me it would be nice if we could do something good for the temple. People would appreciate it. And that’s when it all began, in the first week of January 2016, with the decision to shift the Puri jail, although nobody then knew about the project or why the shifting was being done,” the ace bureaucrat continued.

“The objective behind my telling all this is that all doubts concerning this project are clarified and for people to know how big a devotee is our honourable CM under whose instructions all this is happening,” Pandian stated before concluding his address.

With this, Odisha got to see a different side of the man as well. Pandian is no longer just a super-powerful bureaucrat who runs the show of his ever-popular boss perfectly from behind the scenes. He is now well and truly a frontline leader of the Naveen Patnaik administration – and a charismatic one at that, too.