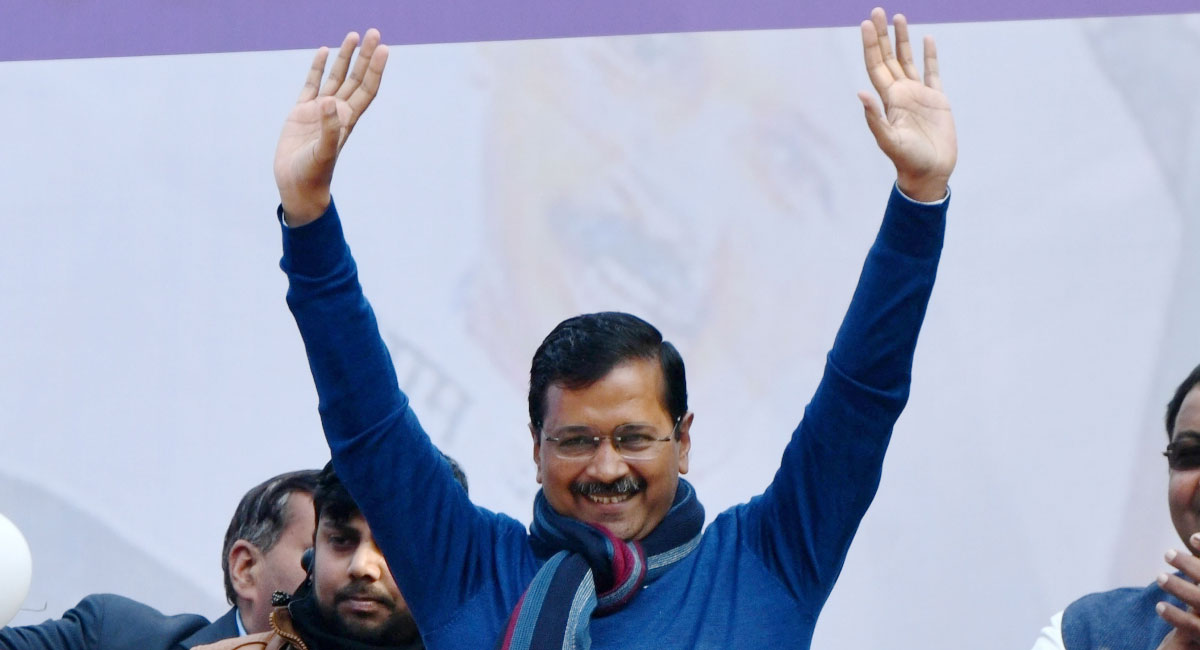 How the AAP broom swept aside the BJP in the capital, handing the saffron party its sixth consecutive loss

Barely three months after the ruling Bhartiya Janata Party (BJP) lost the commercial capital of the country in the Maharashtra elections, the saffron party suffered a dramatic defeat in the national capital as voters gave a resounding victory to the Aam Aadmi Party (AAP).

Even though the BJP was not a front-runner in Delhi, this election was a prestige battle in which the party managed to win only eight seats, five more than it secured in the 2015 elections, while the AAP secured 62 out of 72 seats in the Legislative Assembly.

The BJP’s defeat is the latest in a series of state election losses after the Congress claimed sole or allied victories in Madhya Pradesh, Rajasthan, Chhattisgarh, Maharashtra and Jharkhand.

In sharp contrast, the AAP campaign highlighted the local mohalla clinics it has built for the city’s poor, improved state education and its work to provide water and electricity to lower-income households.

It is important to note that the AAP’s new welfarist approach comes at a time people are hurting from the slowing economic growth in the country.

At a victory rally, AAP supremo and Chief Minister Arvind Kejriwal said: “Delhiites have given out a message that they will only vote for the one who builds schools, neighbourhood clinics, provides 24-hour cheap electricity, water in every home and better roads. Friends, this is a new kind of politics … It is not the victory of Delhiites alone, it is a victory for Mother India, for our entire country.”

Other states are also trying to copy Kejriwal’s success by adopting these kind of welfare schemes to garner votes. In West Bengal, Chief Minister Mamata Banerjee has announced free power up to 75 units to every household. The Maharashtra government said it is planning to give free electricity up to 100 units to each household in the state.

Some political observers say such welfare measures could also be announced in states like Madhya Pradesh, Rajasthan, Chhattisgarh, Uttar Pradesh, Gujarat and Karnataka as the governments are under increasing pressure to provide relief to the people ahead of elections in their respective states.

Reacting to this, Kejriwal tweeted, “I am happy that cheap electricity is now an issue in the polity of the country. Delhi has shown the way to other states. In 21st century, citizens should get cheap electricity 24 hours a day.”

The Indian voter has once again proven to be discerning while voting for the state and national elections. The BJP’s national narrative has been time and again rejected by voters whose aspirations are regional.

While the BJP secured an easy victory in the May 2019 general election by riding on Modi’s popularity, it has not been able to repeat its success in states without any popular regional party leaders.

The saffron party had more than 10 years to groom leaders in the Delhi unit, but it has failed to do so. Like the last election in the national capital, the BJP again relied heavily on Modi for getting votes. Not having a dynamic leader who could take on AAP’s charismatic Kejriwal has cost the party heavily.

While Modi and the Chanakya of Indian politics, Shah, took on Kejriwal, there was not a single Delhi-bred state leader in the BJP state unit that could connect with the aspirational voters of today. This infighting, groupism and petty factionalism has plagued the state BJP unit for more than 20 years.

Despite winning the parliamentary and municipal elections, the BJP has failed to have any legislative candidates in the assembly. The party also began its election campaign much later than Kejriwal who got a clean run ahead of the polls, accusing the Modi government of obstructionism.

There was little doubt that the AAP was returning to power, which raised questioning of whether the BJP had accepted defeat even before the results were out. Political pundits say the Delhi election was not even on the BJP’s priority list till it tasted defeat once again in Jharkhand after the debacle in Maharashtra.

Even though Kejriwal failed to deliver some of his electoral promises, his welfare schemes and freebies helped him repeat the AAP’s success in 2015. By some estimates, the Delhi government’s free electricity scheme for households which consumed less than 200 units is said to have benefited 30 lakh households.

The Kejriwal government also offered free rides for women, free ‘tirth yatra’ for elders and ensured an efficient and leak-proof delivery of schemes. Once known for his shrill rhetoric, Kejriwal has shown incredible restraint this time around.

Measured and careful in his responses, Kejriwal outwitted the BJP by distancing himself from the Shaheen Bagh controversy. While the BJP polarised voters by constantly bringing up Shaheen Bagh, Kejriwal used his performance and development pitch instead.

The AAP gave its own stamp to BJP’s winning formula of combining nationalism with religion and welfare. With Kejriwal himself singing the Hanuman Chalisa on television, it has become clear that other parties will not let BJP claim sole ownership of religion in politics.

Unlike the Congress, the AAP cannot be cornered by the BJP on nationalism since the Kejriwal government announced ex-gratia payments to the families of soldiers killed in action at a scale unprecedented in India. The AAP also voted with the BJP government on Article 370, welcomed the surgical strikes and Balakot.

The AAP’s victory has infused new energy among opposition ranks who are finding themselves in an advantageous position given the BJP’s lack of strong regional leaders and narrative in state after state. The BJP may be a well-oiled electoral machine, but that alone cannot guarantee elections. While Modi has a good hold over the national narrative, the BJP needs local leaders to dominate regional states.

“In Delhi, the BJP was always confused on what issues to confront AAP with, so as usual it raked up emotional and communal issues like Hindu-Muslim, patriotism and anti-nationalism. However, the voters kicked aside these and overwhelmingly voted for Kejriwal’s performance in the past five years, giving AAP 62 out of 70 seats,” the Sena said.

Referring to the BJP’s victory in all seven Delhi Lok Sabha seats barely eight months ago, the Sena said it was “a one-sided win” since there was nobody strong enough to challenge Prime Minister Narendra Modi.

“The AAP has been running its government in Delhi in the face of many challenges and obstacles posed by the BJP to provide good governance, including quality education, better health services, water supply and other basic necessities. Finally, the AAP has beaten the diverse challenges and conspiracies and returned to power with a resounding victory,” the veteran Left leader told the media.

The last crop of strong regional leaders groomed by the BJP leadership were during the Atal Bihari Vajpayee and LK Advani years, something new BJP chief JP Nadda would do well to study.

The BJP may have been dominating national politics just a few years ago, but the political landscape has changed so drastically that the Saffron party’s clock of invincibility has slipped. The upcoming elections in Bihar later this year and the 2021 polls in West Bengal and Assam will be crucial for the BJP to course correct.

Given the BJP’s reputation for polarisation, political pundits fear that the party will resort to the same divisive tactics in the three states which are fertile ground for such experiments given their sizeable Muslim populations.

While many see the BJP’s bets giving diminishing returns, the fact that the party improved its tally in Delhi may spur many of its leaders to again fall back on a divisive agenda. But whether the BJP can reap any dividends is anybody’s guess.