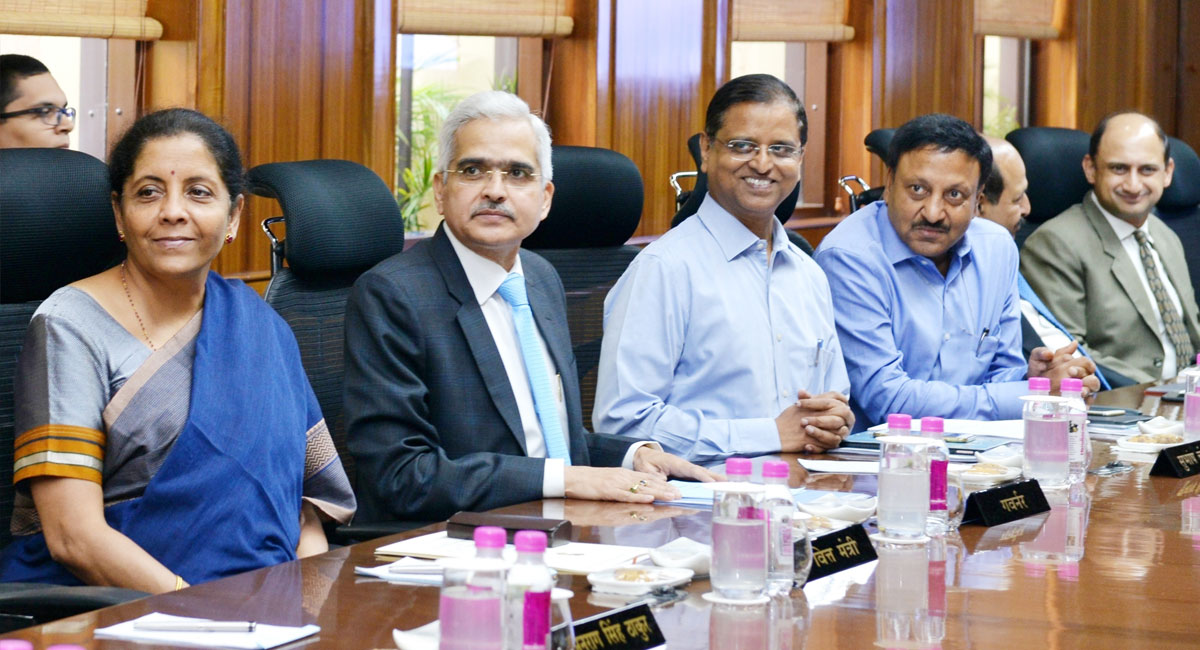 Declared internationally as the “Central Banker of the Year, 2020 – Asia-Pacific”, Shaktikanta Das has been delivering the goods as the RBI Governor

Sometimes in this world, validation comes from unexpected sources. But if those sources are unrelated, unbiased and reputable, their approval matters and even makes a difference.

Late last year, when Bhubaneswar-born Shaktikanta Das completed his first year as the Reserve Bank of India Governor, economists, financial experts, bureaucrats and politicians were somewhat divided over his performance. Most agreed that it was a dynamic year with new approaches and policies ushered in, but there were some who had raised apprehensions about a few of his moves.

For instance, while some former government officials decried Das’s decision to transfer reserves to the Narendra Modi government as a sign of weakness in the RBI leadership, others defended it as being one that was entirely by the book.

With his predecessor Urijit Patel having quit the top job rather abruptly after a long-drawn-out series of much publicised acrimonious exchanges with the Bharatiya Janata Party leadership at the Centre, Das – a 1980-batch retired IAS officer from Tamil Nadu cadre who had also served formerly as secretary at the Department of Economic Affairs – was expected to settle the dust and take things forward.

Over the 12 months since he assumed office, Das seemed to have done exactly that. He cut the repo rate by 135 basis points (bps), set up a new non-performing assets (NPAs) framework and brought liquidity into the non-banking financial companies (NBFCs) to help spur the nation’s slowing economic growth. He even went a step ahead and transferred Rs 1.76 lakh crore to the government and revised down growth rates without making any noise publicly about whatever differences he might have had with the Finance Ministry.

Former RBI Deputy Governor S.S. Mundra was among the first to give Das’s efforts a thumbs-up.

“With this Governor, the RBI has started taking the stakeholders’ input into consideration, at least by lending them ear, and if necessary, showed no hesitation in implementing them. The major difference, which has come now [with Governor Das], is that the RBI’s indifference to anything other than inflation has changed. The problem with the previous regime was that there was no willingness to meet at all,” Mundra noted.

“There have been many instances of the RBI putting its foot down and being able to put its point across. Things start deteriorating with open criticism. As long as you do it through the backdoor channel and put the argument across it works quite well. The present Governor has been successful in doing this,” he said.

Leading many former government officials who had lauded the leadership of the country’s apex bank for its decision to transfer reserves to the government, Mundra had also stated: “It was handled sensibly, in a professional manner through a panel of experts. As per the law, whatever is surplus, gets transferred to the government at the year-end. The Rs 1.05 lakh crore would have gone in any case.”

But then there were some who criticised the RBI under Das’s leadership for not being able to diagnose the reasons behind the economic slowdown.

“We don’t have enough consumption, which is a demand-side issue. But reduction in repo rate and corporate taxes are supply-side remedy. It is not going to have much of an impact. The RBI doesn’t have the mandate or the capacity to be able to reverse a slowdown, it has to come from the fiscal policy,” former Finance Secretary Arvind Mayaram had averred.

Not many may remember that when Das was appointed to his current post on December 12, 2018, the BSE had shot up by 629 points, and the NSE had risen by 188 points. This was in no small part to his stellar bureaucratic record in his cadre state as well as the Centre and his indisputable credentials in the field of finance and economy as a former Union Revenue Secretary, Union Economic Affairs Secretary and his post-retirement membership of the Fifteenth Finance Commission.

Apart from these, of course, his distinction of having served under three Finance Ministers (PC Chidambaram, Pranab Mukherjee and Arun Jaitley) was expected to hold him in good stead – while doing the balancing act of upholding the RBI’s autonomy and maintaining a much-necessary healthy working relationship with the ruling political regime.

Also encouraging was his free-flowing communication style – evident right from his very first press conference as RBI Governor – which stood in sharp contrast to that of Patel’s relatively reserved ways.

While financial gurus within the country continued debating over whether his first year as RBI governor was a successful one, The Banker (a London-based international financial affairs magazine owned by the Financial Times) named Das the “Central Banker of the Year, 2020 -Asia-Pacific” – a distinction bestowed only on those “officials that have best managed to stimulate growth and stabilise their economy”.

The prestigious publication noted that the RBI Governor had taken significant steps to regulate the shadow banking system and brought Indian banking up to scratch by adopting a “restrained approach to governance”.

Recognising that the Indian banking system had been plagued with a plethora of problems, including non-performing loans, fraud and economic slowdown, the magazine acknowledged Das’s efforts to place due scrutiny on lenders from outside the traditional banking network and his proactive support of smaller banks along the way.

Even as it pointed out that housing finance companies (HFCs) had been brought under RBI regulation under his leadership, the magazine also mentioned how Das helped India’s urban co-operative banks set up a robust IT infrastructure that enabled them to offer banking services economically without compromising on the necessary safeguards to protect customers.

The Banker also credited Das for being “outspoken” about the absence of necessary governance in the banking sector and calling for stricter regulations for public-sector undertakings on grounds that they comprised approximately 60 percent of the sector.

Earlier this month, in a step that should answer any questions raised about the central bank’s autonomy or the strength of its leadership, the RBI Governor ruled out the possibility of bailing out the government from its widening fiscal deficit – whether it be through printing more currency or monetising the deficit.

This happened at the conference held after the RBI announced its Monetary Policy Statement. The central bank also issued a statement that read it would “continue with its accommodative stance as long as it takes” even as it pointed out that “the economy continues to be weak and the output gap remains negative”.

These developments should, in the very least, veer the debate from whether at all Das has been successful in his first year as the RBI governor to just how brightly has he managed to shine in his latest assignment.