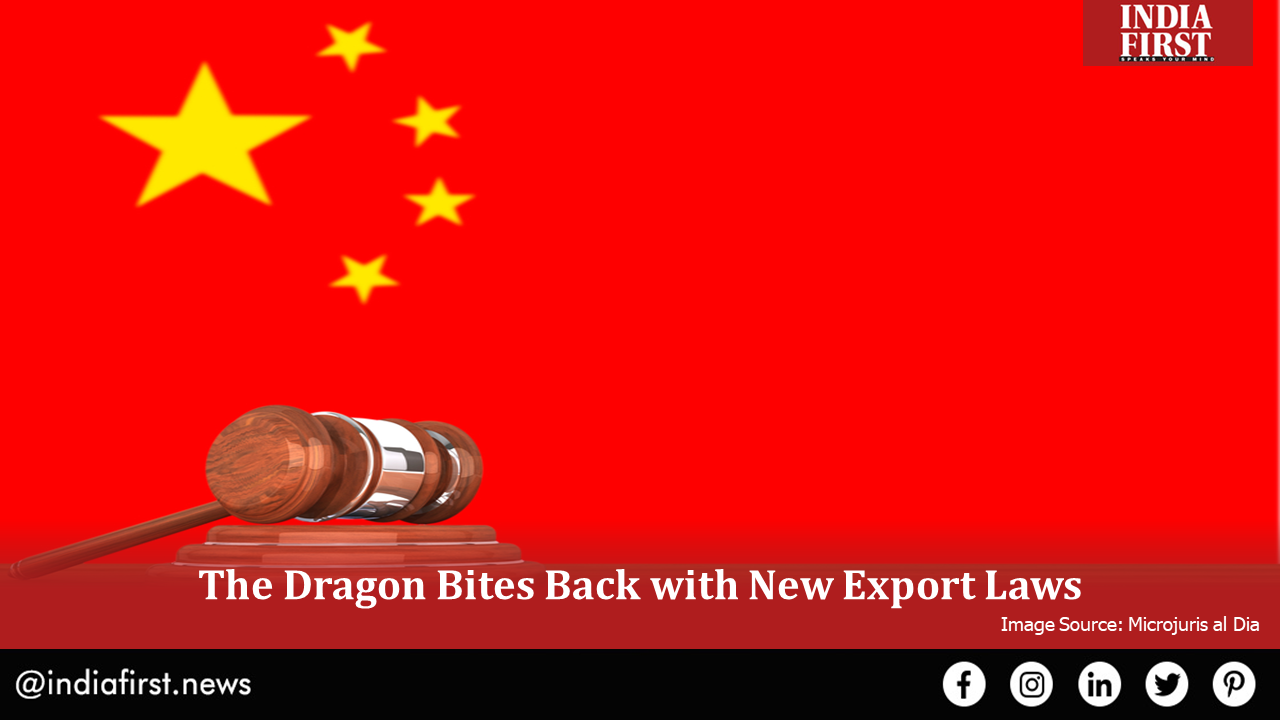 China has introduced new export laws which control the export of sensitive items such as nuclear technology, military equipment, services and data amid mounting tensions with India and the United States.

The law, which permits the country to take reciprocal measures against other nations and allows the government to move against those it wants to punish, will be in effect from December 1. The new law has been introduced to safeguard the country’s interest and tighten national security and is seen as a tit-for-tat response to the US administration’s recent war against Chinese companies like ByteDance, Huawei, WeChat and Semiconductor Manufacturing International Corp (SMIC).

A statement released from Beijing states that the emerging Asian superpower will be able to take countermeasures against any country that violates the export control measures and poses a threat to the security and interests of the country.

This announcement bears a strong resemblance to the statement released by both the US and India when the countries banned many Chinese apps. While the trade hostility between China and India is not a cause of major concern and the two countries are engaging in diplomatic and military-level talks to resolve the border conflict, ties between the US and China have been worsening after the US banned Chinese apps such as TikTok and WeChat and the Trump administration placed Huawei under the Entity List.

The trade war between the US and China has been ongoing for some time and President Donald Trump has claimed to have taken up the responsibility of saving the world from China’s unfair trade practices. Huawei was an easy target for Trump as the company has been repeatedly criticized globally for its shady business practices and IP theft.

In another instance of drawing China’s ire, the US government has asked domestic computer chip companies that they need to apply for a license from the government before exporting some technologies to SMIC as the advanced chips produced by the Chinese company is used for military activities.

While SMIC has claimed that it does not have any involvement with the military and its products are only made for civilian and commercial use, the Chinese company continues to face the license issue in the US.

Besides Huawei and SMIC, the Trump administration has also placed export restrictions on many other lesser known Chinese companies citing the misuse of technology, human rights abuse and China’s habit of sourcing military equipment from its private companies.

From blaming China for the COVID-19 pandemic to banning major Chinese apps and imposing export restrictions on Chinese companies, the US’ hardened stance seems to have spurred China’s new export law.

It is reported that the Chinese government can issue a fine of 5 million yuan or the equivalent money of five times if any business transaction by a company or people breaks the new export law.