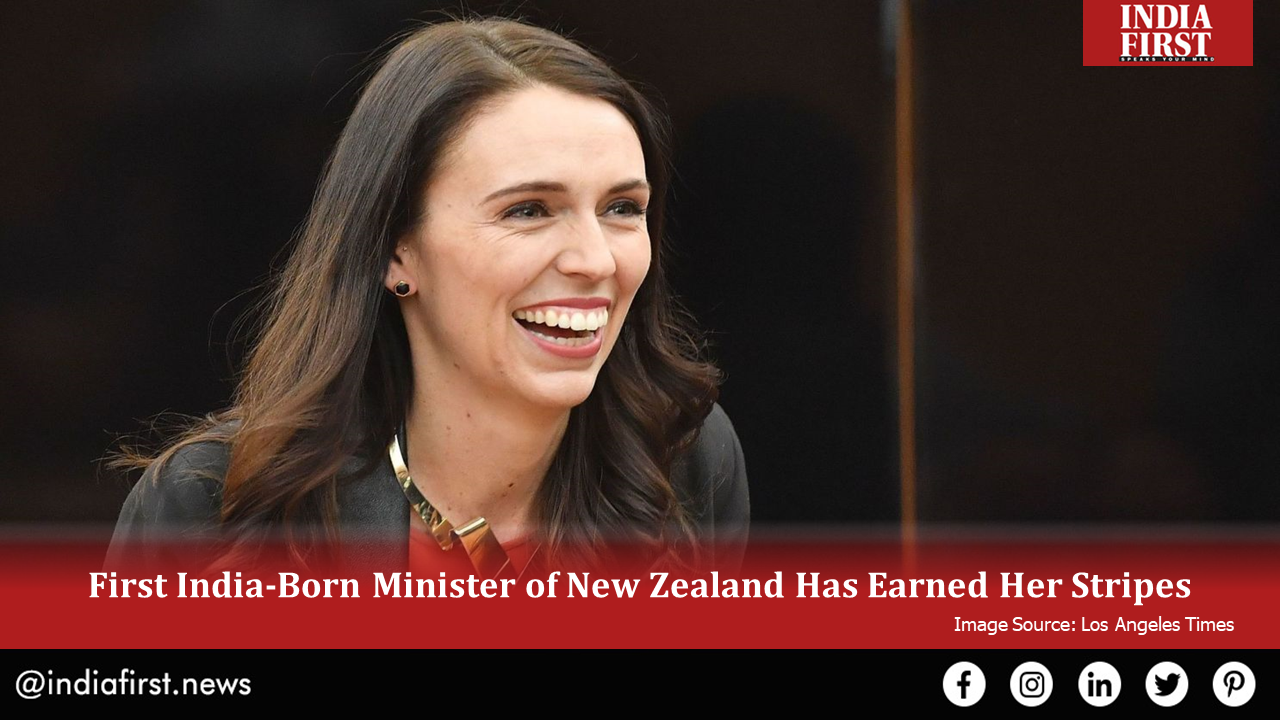 As New Zealand Prime Minister Jacinda Ardern became the face of the new-age leader of world politics after her resounding victory in the recent elections of in the island nation, her Cabinet has enhanced its cultural diversity by appointing an Indian-born politician as a minister.

When Priyanca Radhakrishnan was handed the responsibilities of Ministry for Diversity, Inclusion and Ethnic Communities and the Ministry for Community and Voluntary Sector, it was a proud moment for the Indian community living in New Zealand as well as people here who find a deep sense of fraternity with the Indian diaspora spread all over the world. Radhakrishnan has also been elected as the Associate Minister for Social Development and Employment in the New Zealand cabinet.

With her family settled in Chennai, Radhakrishnan is the first Indiaborn Minister in the New Zealand cabinet. As rare as the decision is, it was expected as she has been a trusted aide of Ardern after becoming an MP of the ruling Labour Party in 2017.

Radhakrishnan, who had migrated to New Zealand for her higher education, was always encouraged by her family to join politics. It is proof of her capability as a politician and administrator that the Prime Minister of New Zealand herself handpicked her to handle multiple portfolios in her present government.

Joining the Labour Party in 2006, Radhakrishnan has been working for the upliftment of survivors of domestic violence and the betterment of migrant workers. She is married to an IT professional of New Zealand origin who is also very supportive of her political career.

The new Minister had last visited India in 2019 following her mother’s death and has strong roots in the Indian value system which her father ensures she stays true to. Her father, an IIT Kanpur alumni, made sure that both his daughters secured  higher education in foreign university, so he sent  Radhakrishnan off to pursue her studies in Singapore and later pursue a course in Developmental Studies in the Massey University of New Zealand.

Even though Radhakrishnan had planned to leave New Zealand after the completion of her higher education, she stayed back after her successful venture into politics during her university days landed her with an invitation to join the Labour Party.

The New Zealand Minister has great oratory skills and a deep understanding of human rights as well as social development, which has earned her a place in the Ardern cabinet. With more than 10 years of political experience, Radhakrishnan has already proven capable of holding responsible positions in the government of New Zealand and her achievement has managed to create history for not only New Zealand but also India.