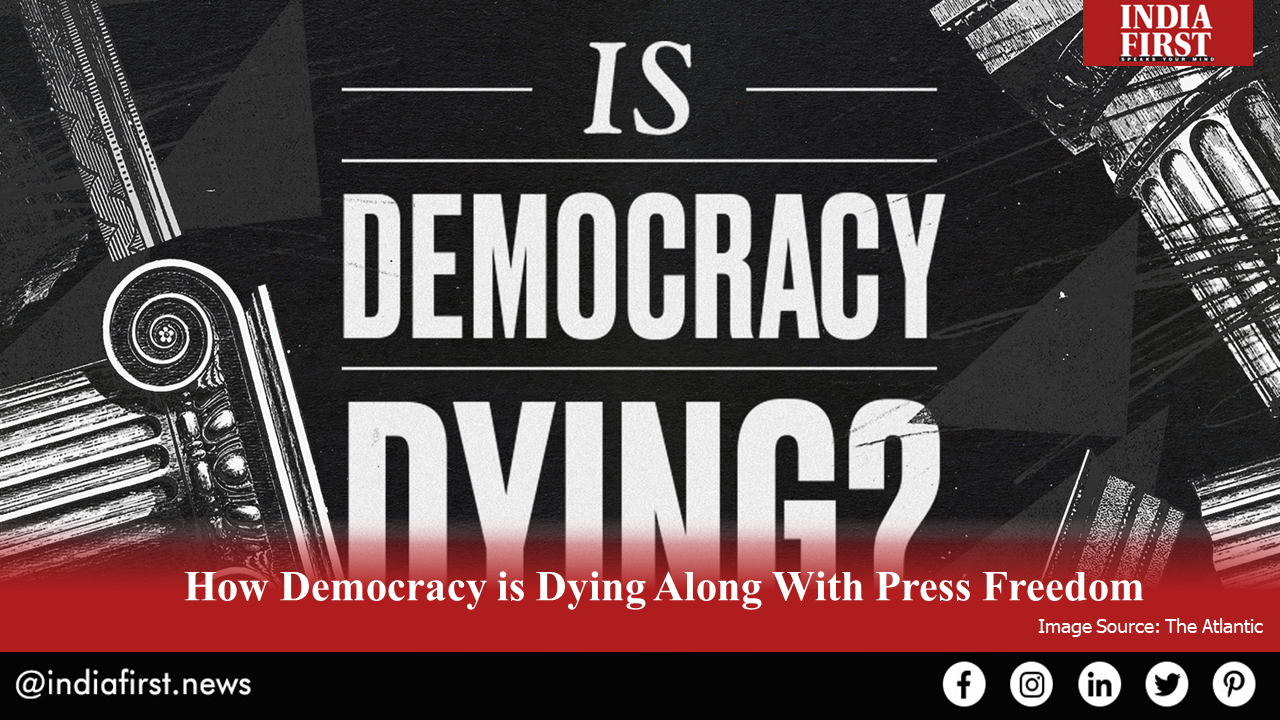 When it comes to freedom of speech and expression, India is seen as a liberal country, which safeguards the right to free speech for its citizens and gives its media the freedom to exercise its rights extensively.

The responsibility of the news media as the fourth pillar of democracy is not just to applaud the efforts of the government and the public towards collective progress of the country or keep everyone timely informed about the happenings around the countr. The media is also supposed to throw light on ongoing unfair practices in the country, even if that means criticizing the government sometimes.

Therefore, the media should ideally be unbiased and neutral, siding with nothing but the truth. The media should also be given a free hand to practice its right to free speech with as little political and administrative interference as possible.

Contrary to this, in today’s India, media houses can always be seen to have political leanings. While some news media houses come across as strongly anti-establishment, others are seen to be blindly siding with the establishment. As the lines between media houses and their political orientation are drawn in black and white, there is little objectivity left in news reporting and journalism.

With political parties fighting the opinion war through news channels, leaders are using their influence on the law and order of the country to restrict the freedom of speech of media persons. This is especially disturbing in case of political parties that are in power.

The arrest of renowned journalist and Republic TV editor-in-chief Arnab Goswami in an old case of suicide abetment (closed in April 2019 due to lack of evidence) by the Maharashtra Police, in addition to the fake TRP scam in which the entire newsroom of Republic TV was framed, is a clear indication of the Maharashtra police acting as a tool in the Shiv Sena government’s pursuit of political vendetta against Goswami and his news channel.

Goswami had been proactively stirring the proverbial hornet’s nest – in the form of the controversial case of Sushant Singh Rajput’s death – for quite some time. The experienced journalist and his team at the Republic TV left no stone unturned to hint at political involvement in the actor’s death case and have directly blamed the Maharashtra Government and Police for mishandling the case and compromising crucial evidence to protect some powerful men. While Arnab has been openly seen as a supporter of the BJP and its ideology and cannot be exactly seen as an unbiased journalist, he has been a strong voice against the inefficiency of the Maharashtra Police in handling the Palghar lynching case and the careless handling of the Sushant Singh Rajput case.

His arrest and the consequent battle lines drawn between the two prominent sections of Indian democracy is an example of extreme polarisation of the public space where independent and fair journalism suffers inexcusably. In the battle between police, political ideologies and press, freedom of speech and expression, tolerance and constructive criticism are dying a slow death in the Indian democracy.