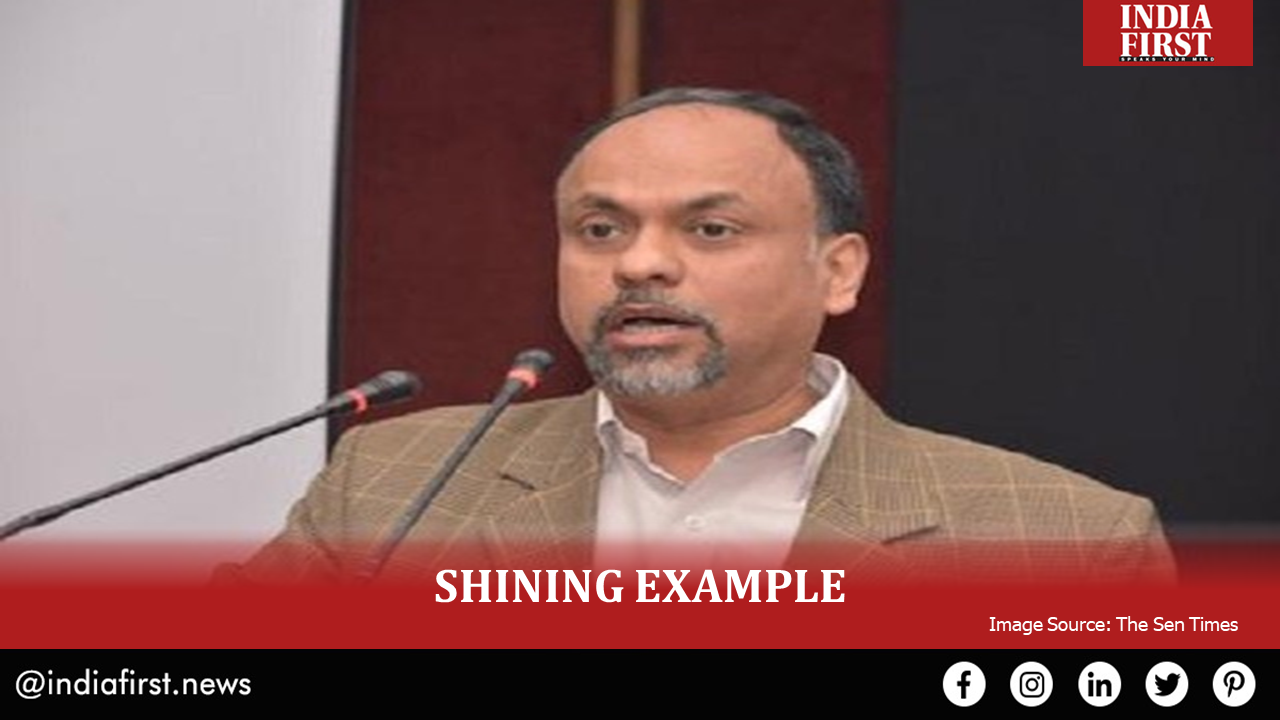 Union Finance Secretary Debasish Panda is not just the pride of Odisha, but also the kind of bureaucrat that India needs for a better future.

Ever since it came to power six years ago, the Narendra Modi government has been rather unequivocal about the way it wants to reform the nation’s bureaucracy. On plenty of occasions Prime Minister Modi has called on bureaucrats, especially the new generation of civil servants, to unshackle themselves from the negative aspects of the old system and bring about a much-needed paradigm shift in its functioning.

With “minimum government, maximum governance” as the mantra, officers have been urged time and time again to work towards empowering and enabling the common people rather than continue working as those stereotypical rules- and process-obsessed babus who are blind to the problems of the public and deaf to the call of the hour.

Recently, during his address to Indian Civil Services probationers at the Lal Bahadur Shastri National Academy of Administration (LBSNAA), Mussoorie, on the birth anniversary of Sardar Vallabhbhai Patel, Prime Minister Modi exhorted his audience to be what the Iron Man of India had asked of the first batch of civil servants after Independence: to work as the “steel frame” of the nation. Significantly, the Prime Minister promised them that they would have his complete support in whatever bold or unconventional steps they took as long as they worked with “good intentions” for the country and its people.

The Modi government’s commitment to this cause is evident in the many policies it has implemented since 2014. Take for instance the ground-breaking Aarambh initiative that started a couple of years ago to make civil servants capable of working efficiently across departments and sectors, or the recently launched ‘Karmayogi Yojana’ (National Programme for Civil Services Capacity Building) aimed at improving human resources management practices within the government and transform civil servants from generalists to specialists.

The government’s resolve is also reflected in the kind of officers who are occupying important positions in the Centre these days – a rare breed whose modus operandi is already in line with Prime Minister Modi’s grand vision of a better bureaucracy for a better future of the nation.

And one of the brightest examples of that is Union Finance Secretary Debasish Panda.

Born in Odisha, the 1987-batch IAS officer of Uttar Pradesh cadre was previously serving as special secretary, Department of Financial Services. Prior to that he had successfully served in various capacities both at the central and state government levels.

Thanks in no small part to his impressive work record, the Appointments Committee of the Cabinet approved Panda’s appointment as the next Finance Secretary of India on February 13 this year, a couple of weeks ahead of then Finance Secretary Rajiv Kumar’s superannuation at the end of that month.

In what must be one of the most challenging times ever to be the finance secretary of India, thanks to the ongoing Covid-19 pandemic, Panda will have to oversee a series of mergers in the Public Sector Undertaking (PSU) banking and insurance industry.

Yet he has continued to keep an extremely low profile while discharging his heavy responsibilities over the course of this year. His presence on social media has also been limited to a few posts on Twitter aimed at raising public awareness either about the importance of following pandemic protocol or about the good work and achievements of government authorities and PSUs over the past few months. Without posting a single tweet about his achievements, Panda clearly continues to do what he has been doing probably for the better part of his bureaucratic career: letting his work do the talking.

However, in a rare and exclusive interview that he gave in immaculate Hindi to Doordarshan News this year on the sixth anniversary of the implementation of the Pradhan Mantri Jan Dhan Yojana – one of the government’s most important programs, aimed at making financial services more accessible and affordable to the poorer sections of the society –  Panda was a picture of “pride and happiness” as he confirmed that 40 crore Jan Dhan accounts had been opened across the country since 2014.

“These accounts started with zero balance, but now Rs 130,000 crore has been deposited in them … Now that they have a security cover, the main goal is to see how these people can be economically more empowered – for example, by starting their own businesses and increasing their income-generating activities,” he told the state-run television channel.

“In the coming times, we are trying to make even lending a digital process. With so much data available these days, we can assess credit-worthiness. Work is under way on that front as well,” Panda added.

Establishing a new and improved bureaucratic system to better run the country may not happen overnight, but ace officers like Panda are certainly helping the government effect the desired transition at a faster pace.