Saudi reforms the ‘Kafala’ system, but not enough yet | India First e Newspaper Skip to navigation Skip to content 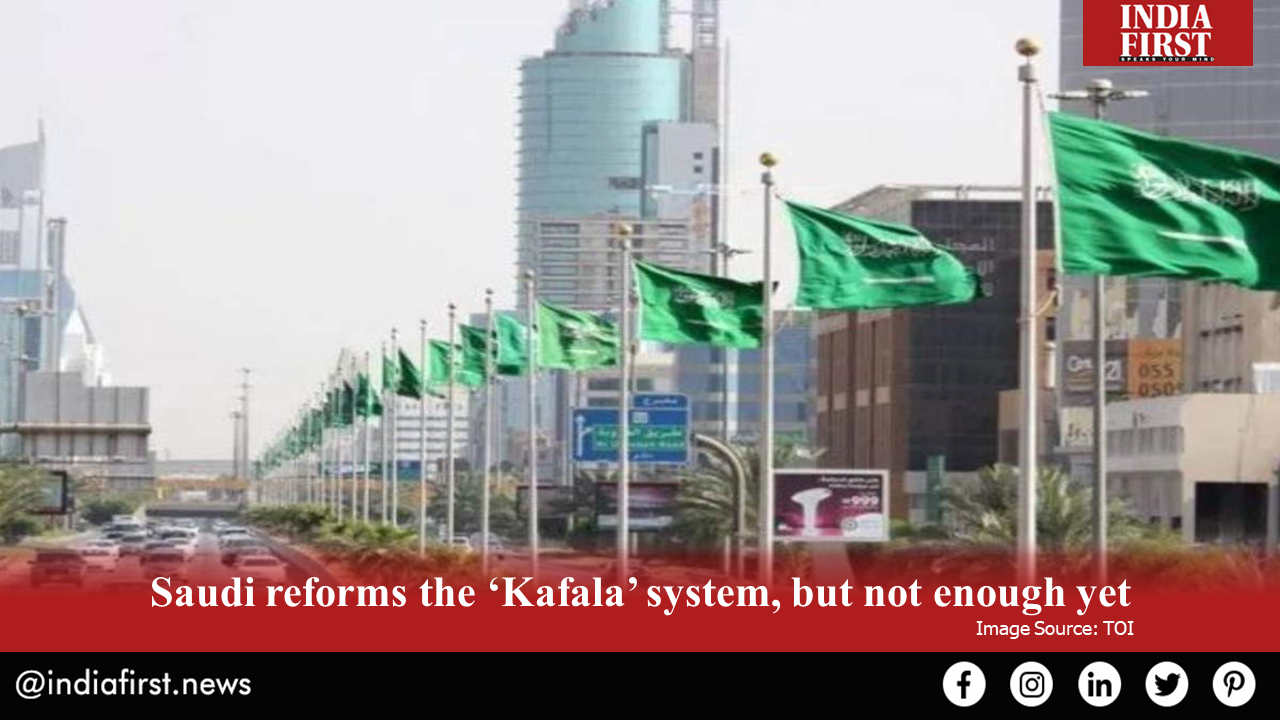 The Kafala system legally binds a migrant worker’s immigration status to his employer, often referred to as the ‘kafeel’ in local language for his contractual employment period. Under the rules of this system, the contractual employee is not allowed to enter the country of employment, or transfer his employment.

This archaic Kafala system is one that does not support foreign migrant workers as the rules of the system practically tie the worker to his kafeel and sometimes the kafeel might even confiscate the worker’s passport and other important documents to keep a strict eye on him and exert further control. This has been declared illegal in many countries but sponsors still tend to practice it to keep the workers under their control.

On November 4 this year, Saudi Arabia introduced major reforms in the existing Kafala system that will free one-third of its total population, comprised of migrant workers, from borderline slavery. According to the Gulf country’s official sources, the country will allow migrant workers to change sponsors, travel out of the country and leave their previous employment anytime without prior permission of their employers or sponsors. These reforms will be introduced in the Kafala system starting from March 21 next year.

Set to benefit nearly 10 million migrant workers currently living in Saudi Arabia, the reforms are a result of a long-standing request of workers, human rights organization and human rights activists who have worked towards the welfare of migrant workers in the country and have seen the form of modern slavery exercised by the kafeel employers up close.

Even though the reforms have been hailed as a significant step towards ensuring a free and human workspace for migrant workers while safeguarding their basic human rights, they do not encompass the lowest strata of foreign migrant workers such as drivers, gardeners, domestic helps, guards and farmers. This has given rise to many speculations amid the migrant worker populations of the country.

As the leftout worker groups are the most vulnerable to forced labour and forms of abuse, human rights activists and workers have demanded the extension of the reforms to these groups, too. The administrative forces of Saudi Arabia will do well to pay heed to the numerous requests and continue the process of reforms in the worker management system of the country.