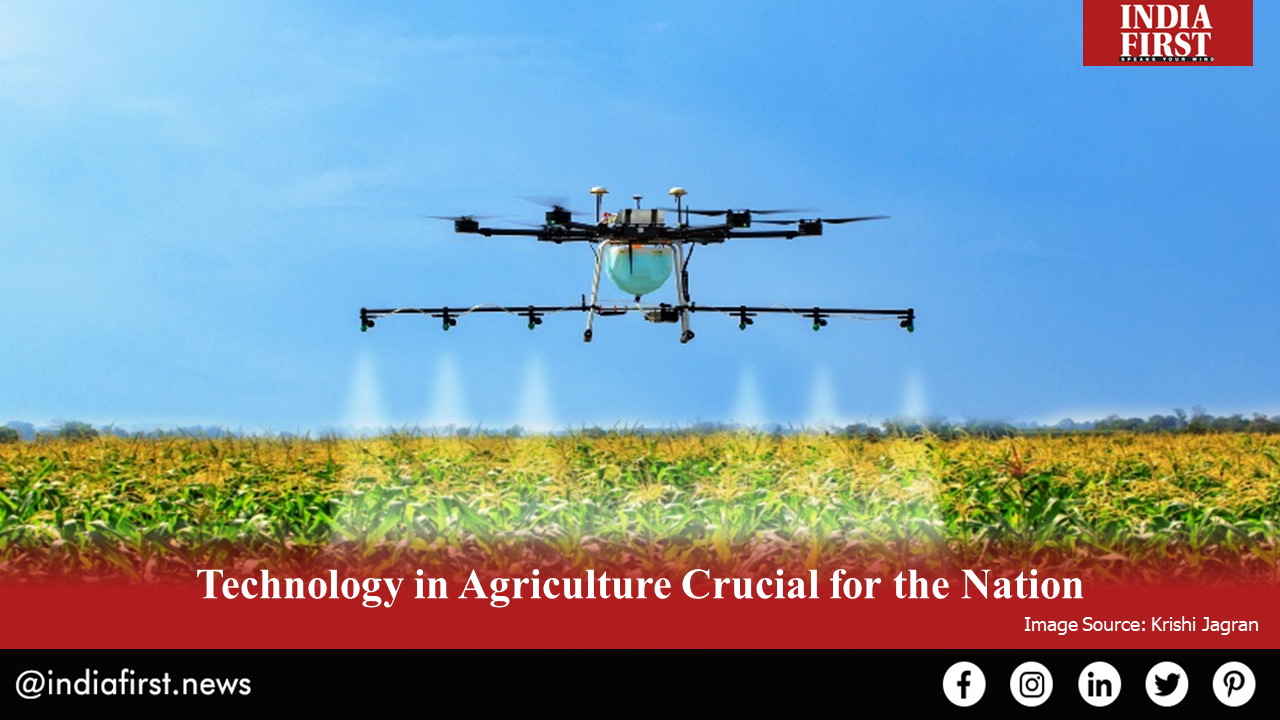 Agriculture is still the primary source of livelihood in India today as it accounts for almost one sixth of the country’s GDP. Nearly half of the Indian population employed in the agricultural sector, which provides food, fodder, timber and fuel for India’s consumption.

Apart from providing direct employment to half of India’s population, agriculture also influences secondary and tertiary sectors of the economy as it provides the necessary raw materials for their proper functioning. The government needs to focus most on agriculture if it wants to succeed in its poverty eradication plans as the sector makes for the biggest proportion of people living below poverty line in the country.

Therefore, technological development in the agriculture sector is crucial for a better India as it will enhance the country’s economic security and improve the lot of farming communities.

The Green Revolution of the previous century ushered in an era of mechanization and agricultural research to help the agriculture sector boost its revenues and profits generated by the farmers of the country. From using hybrid seeds, to doubling the production of grains, to using mechanized tools to speed up the harvesting process, the Green Revolution was the initial phase of technologically aided agriculture which made India a surplus producer in a contrast to its precarious situation during the colonial period.

Even after colonial era, India was reeling under severe famines and droughts until the end of the 1960s. Struggling to meet its domestic demands, it had to depend on food imports from the US to make ends meet. Having learnt its lesson, India geared up for an agricultural revolution in the 1970s.

Thus came the Green Revolution to propel India into self-sufficiency and as a major agricultural exporter in the world food market. This has been possible due to the use of augmented crop varieties and HYV seeds that have multiplied India’s food production from mere 51 million tonnes (MT) just after Independence to a whopping 295 MT in 2020. The horticultural output of Indian agricultural sector has surpassed 300 MT in 2020 and all this can be credited to the use of technology of producing genetically modified crops and the use of scientifically enhanced pesticides and fertilizers.

Despite India sitting at the top of the global surplus producers list, it cannot rest easy as its population is increasing rapidly and is expected to reach 1.5 billion by 2030. The projected food demand of the country in 2030 is nearly 350 MT which means that if India wants to maintain its position as one of the world’s biggest agricultural producers and exporters, it will need to not only reach its domestic demand of 350 MT but exceed it significantly in order to export food supplies to different countries of the world.

The country is still technologically deficit and and farmers would need to invest significantly in new technologies to boost productivity in the shrinking agricultural lands of the country.