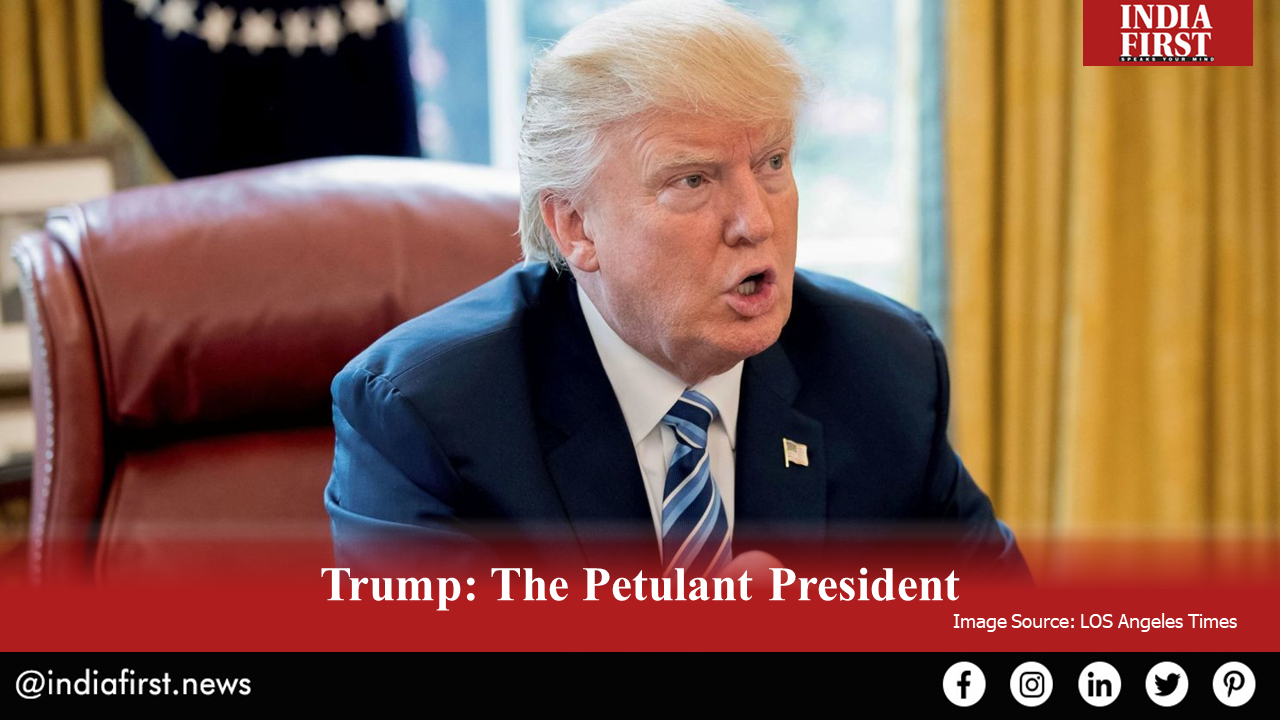 Following the US presidential election and the emergence of Joe Biden as the new president-elect, outgoing President Donald Trump has been making controversial, contradictory and sweeping statements instead of accepting his defeat gracefully.

On November 16, Trump had admitted it was quite clear that his rival and Democrat candidate Biden was all set to be the next president of the US – but he continued claiming that the elections had been rigged, without providing any concrete proof.

The President, who was confident about a second term and had already declared victory while the counting was still on, has been struggling for weeks to accept his defeat at the hands of Biden. On November 13, he had come close to accepting that he has indeed lost the elections when he said that he would not order his administration to enforce a lockdown in the US to control a fresh wave of COVID-19 cases in the country. His statement lacked any sense of responsibility or accountability for the US public as he seemed to pass the buck to a future regime.

President Trump was clearly keen on another term in the Oval Office, and ever since it emerged that mandate could be going in favour of his rival, he has been acting like a petulant child, cooking up stories of the Democrats conspiring against him to bring his government down.

Despite the Trump administration undergoing all formal processes to ensure a smooth transition of leadership to the new Biden government, the President continues to challenge the final results of the elections legally. He continues to challenge the mandate at the courts of Pennsylvania and Arizona. The courts of Georgia and Michigan have dismissed Trump’s case due to a lack of evidence.

Trump’s protest against unfair polling practices and foul play grew stronger following Biden’s victory in the state of Pennsylvania, which was the turning point of the elections and helped Biden gain the majority needed to form government.

Trump has since then claimed that the presidential elections were far from being over and he had, in fact, won the elections “by a lot”. Trump’s lawyer, while filing cases against the election organizers, had claimed that he had a stash of incriminating evidence against the Democrats and Biden. However, till now, only words and allegations have been raised by Trump and his team without any substantial proof.

Now, the President has backtracked from his acceptance of Biden’s claim to the US presidential office. Dismissing his rival’s victory to be relevant only to the fake news media, President Trump has returned to his defiant stance of conceding “nothing”.

As an outgoing President of the world’s most powerful country, people expect Trump to show some integrity and make a dignified exit, at least for the sanctity of the high office that he was handed by the people. At present he is displaying just the kind of immaturity and obstinacy that should not be seen in world leaders.