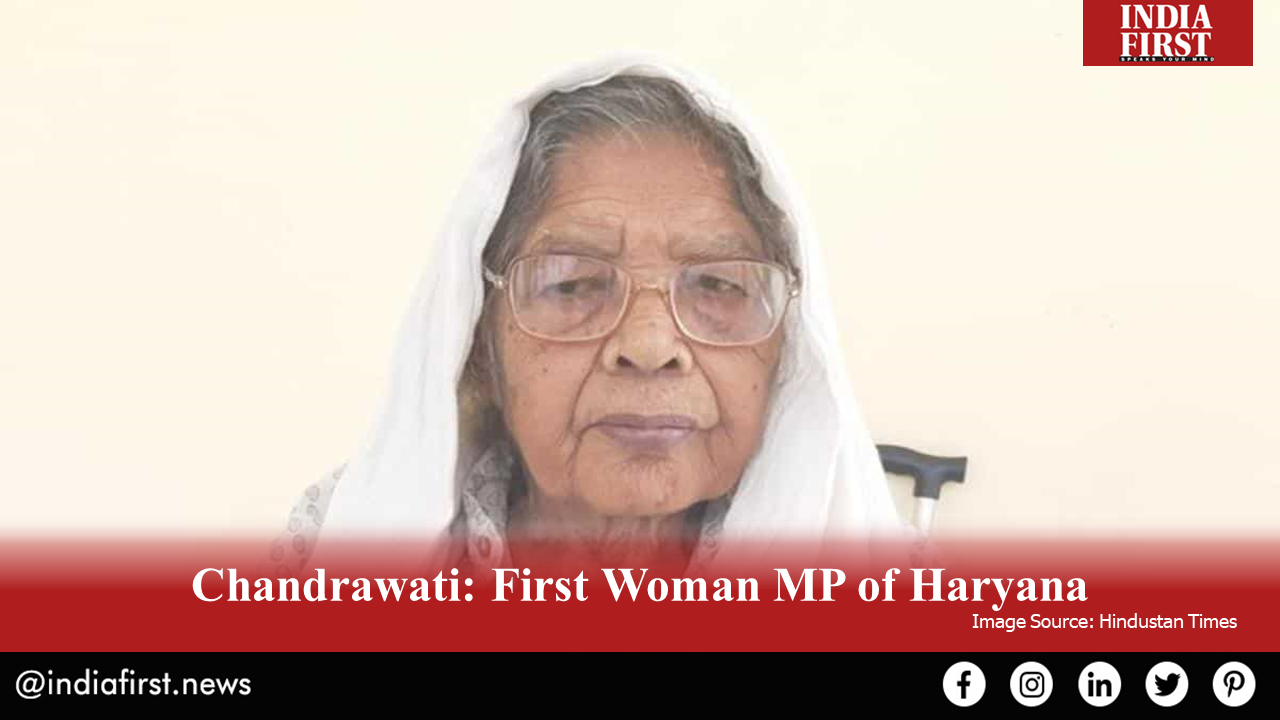 A country that has idolized women as goddesses also has a dark side where women lack voice and representation. This is because of a cycle of discrimination and stereotypes that has systematically robbed women of their due place in the society over the past few centuries. This cycle needs to be broken by women themselves. With an iron fist, women in India need to fight off social malpractices to gain better representation and then use that representation to eradicate discrimination against them.

For many decades now, the state of Haryana has been home to regressive patriarchal societies that do not see women on an equal footing with men, both in representation and rights. But like a beacon in the dark, Haryana’s first woman Member of Parliament Chandrawati emerged as a strong political leader in the late 1970s. The female leader was a Janata Party politician and was elected the first woman MP of Haryana in the year 1977 from Bhiwani constituency.

A native of Dalawas village of Haryana, Chandrawati was the prime example of a village girl overcoming hurdles as the torchbearer of woman empowerment. In a state where women are seen as burdens, MP Chandrawati took the responsibility of representing the state in the Parliament and changed the course of Haryana’s politics. Her distinguished career did not end at the membership of Parliament as she went on to become the Lt Governor of Puducherry in 1990.

As she died earlier this month at the age of 92, political leaders from around the country expressed their condolences for her. Those who have worked with her closely and observed her contribution to politics and society remember her as a diligent and altruistic leader, always working for the good of the people. She still stands as a memorial of woman empowerment for her state and her career continues to inspire young women of Haryana, encouraging them to turn into women of substance and stature.

Chandrawati’s journey to the esteemed halls of the Indian Parliament also highlights the present representation of women in the political sphere and legislative assemblies of the country. Although the number of women representatives in the highest legislative assembly of the country is slowly increasing (currently there are 103 women in the Parliament, which is a record), it is not increasing at a rate India would like to see. There needs to be more participation from the women.

Political parties need to encourage more women to contest elections. For this, they need to break away from the sorry excuse of reduced winnability of women candidates vis-à-vis men candidates. In fact, data shows that the women candidates in elections have higher winnability than men, only if they are given a chance to contest the polls. India needs to give a strong and clear voice to its women and this will only be possible when they are given opportunities to enter the political arena.