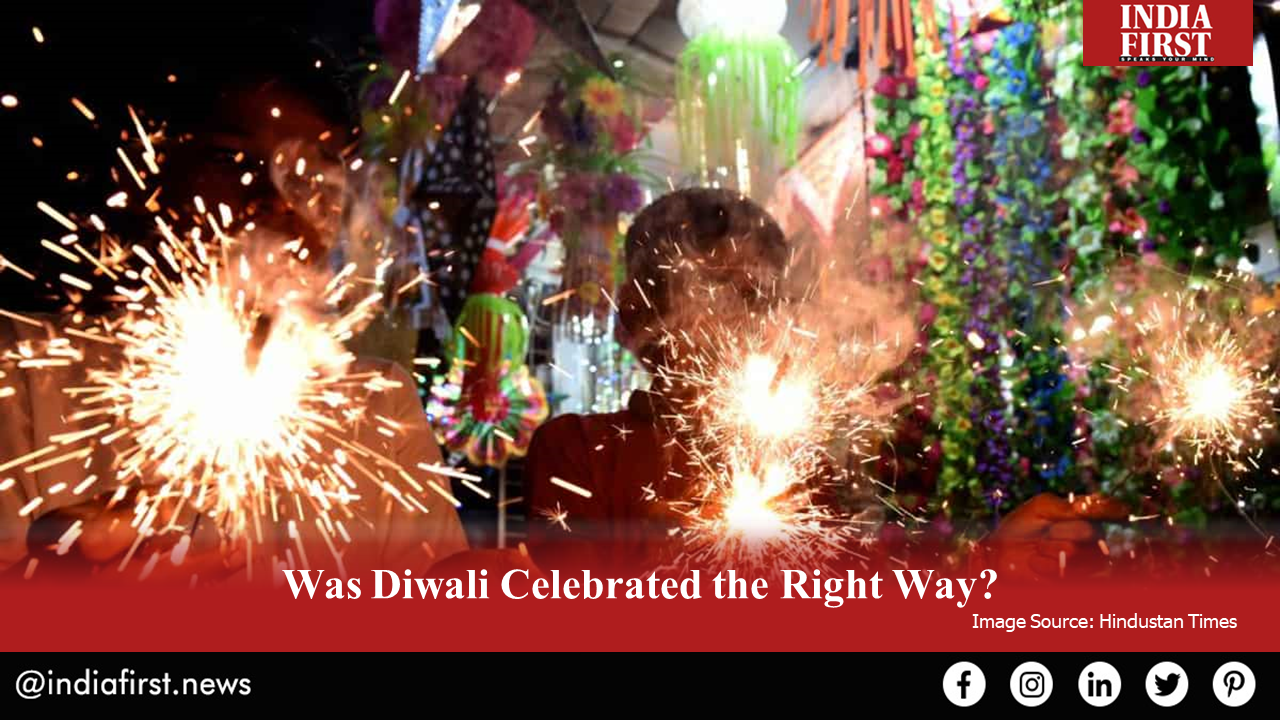 Amidst the COVID-19 scare and rising number of active cases, Indians were looking forward to celebrate the festival of lights to bring happiness and prosperity home – despite the fact that practically every festive occasion this year was under the dark cloud of the dreadful coronavirus.

Even as India continued its battle against COVID-19, its people focused on the silver lining by way of an increased recovery rate and celebrated this Diwali with prayers for good health and wellness.

Diwali is one of the most important festivals of the country celebrated throughout its length and breadth with much fervour. And even though there was a ban on crackers and community celebrations this year, India celebrated Diwali with enthusiasm and excitement.

The country had a quiet and pollution-free Diwali, in stark contrast to previous years, to avoid the spread of coronavirus and also for the sake of COVID patients’ health. As India had been struggling economically since March under the lockdown, this Diwali was an austere one, celebrated mostly with family and limited number of friends and guests. As it heralds prosperity, people are hopeful that the festival will mark a positive turn for the economy and for those who have faced financial setbacks due to the pandemic.

With states such as Odisha issuing a ban on crackers and large gatherings to prevent mishaps and further spread of COVID-19, people went for the more traditional rituals such as making rangolis in front of their homes, lighting diyas, and distributing sweets among relatives and friends.

The festival of lights is the symbol of Lord Rama returning to Ayodhya, so it was traditionally celebrated by many communities and religious places across the country through decoration of temples and public places with bright lights and diyas. Despite the pollution created from the bursting of firecrackers, people in many areas still indulged in it. Originally, Diwali is supposed to be all about lighting diyas and spreading light in the dark night of Kartik Amavasya to mark the return of hope. Apart from damaging the environment, firecrackers are a health hazard for both humans and animals.

Indian Prime Minister Narendra Modi celebrated this Diwali at the Longewala post in Rajasthan with BSF soldiers to keep up a tradition he had started in 2014 after coming to power. He was accompanied by the Chief of Defence Staff, Army Chief General and BSF DG in the celebrations. The Prime Minster had earlier encouraged all Indians to light a diya as a salute to the soldiers who fight to protect the country from invaders even in the harshest of weather conditions and landscapes. He prayed for peace and prosperity in every house and extended his warm greetings to his fellow countrymen on the occasion.

With Diwali being celebrated this year the right way considering the extraordinary circumstances, the people of India can now surely hope for health and prosperity to be restored in the country sooner rather than later.