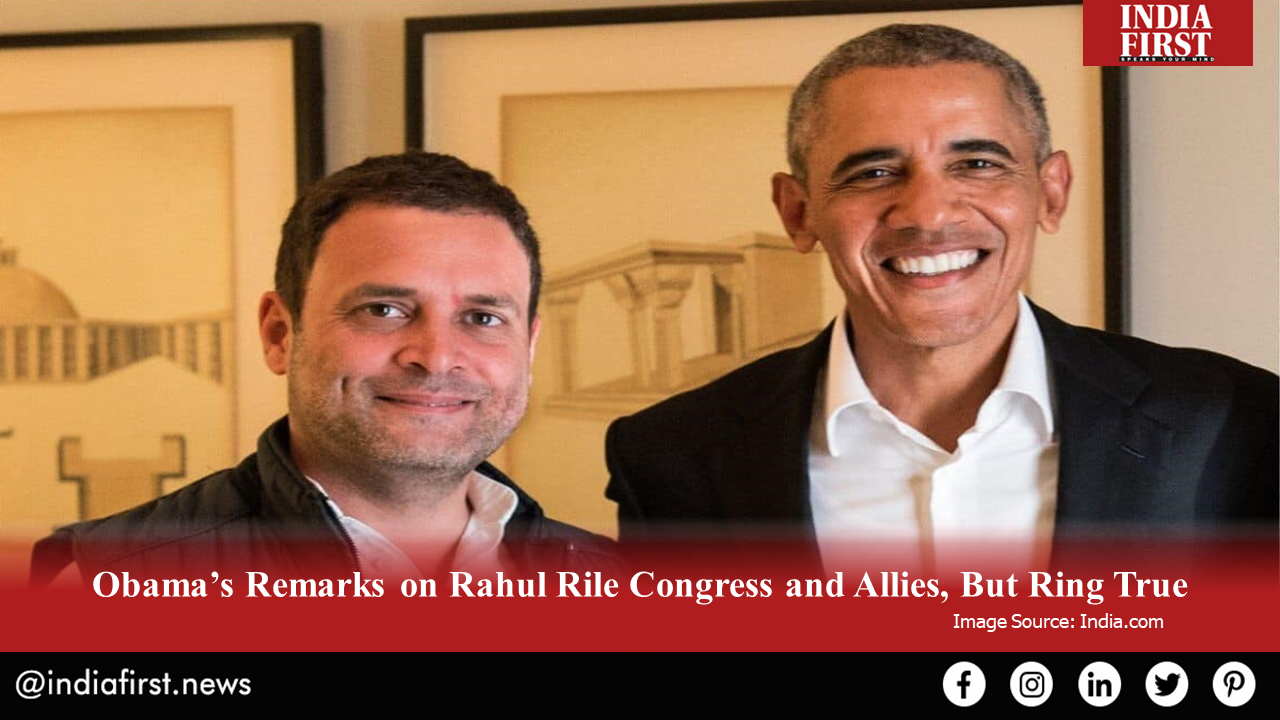 In his upcoming memoir “A Promised Land”, former US president Barack Obama has thrown light on his first impressions on some notable world leaders he interacted with during his tenure in the office. In his recapitulations, he talked about many leaders such as Russian president Vladimir Putin, former Indian Prime Minister Manmohan Singh, and even Congress leader Rahul Gandhi.

Obama’s first official visit to India was in 2010, when the UPA government was in power and Dr Manmohan Singh was the Prime Minister. During his visits, Obama interacted with some top Congress leaders and had formed distinct impressions about them.

The former US President said Singh had an “impassive integrity” about him that brought an air of dignity to his presence. On Congress matriarch Sonia Gandhi, he  noted: “We are told of the handsomeness of men like Charlie Crist and Rahm Emanuel, but not the beauty of women, except for one or two instances, as in the case of Sonia Gandhi.”

His most controversial remark on any Indian leader ever was reserved for former Congress chief Rahul Gandhi. Obama observed that the Congress leader had “a nervous, unformed quality about him, as if he were a student who’d done the coursework and was eager to impress the teacher but deep down lacked either the aptitude or the passion to master the subject”.

Obama’s articulation of Rahul pinpointed the immaturity and lack of depth in the Gandhi scion that renders him incapable of leading a huge political party such as Congress. The two-time US president’s words touched a raw nerve of the Congress as it spelled out the party’s grim realities. His remark has stirred a hornet’s nest in the grand old party at a time when the Congress is wrestling with infighting and concerns about an able and stable leadership at the top.

While Congress and its allies have come out to defend Rahul, the recent response of Shiv Sena’s Sanjay Raut looks more like an attack on Obama than a defence of Rahul. The Shiv Sena Leader said that Obama, as a foreign leader, lacked both the knowledge and the right to voice such opinions about Indian politics and politicians. While many politicians have hailed Obama’s remarks as an accurate picture of Rahul, Raut has slammed them by saying that political discussions around a foreign leader’s comment is distasteful and the matter should be closed without any further discourse on it.

Even though Rahul’s staunch supporters came out to defend their beloved leader, it cannot be denied that the Congress is facing big uncertainties concerning its leadership and needs to move away from dynastic leadership in order to revive itself. Because, no matter how much the Congress hates or denies it, Obama has rightly underlined its biggest weakness.