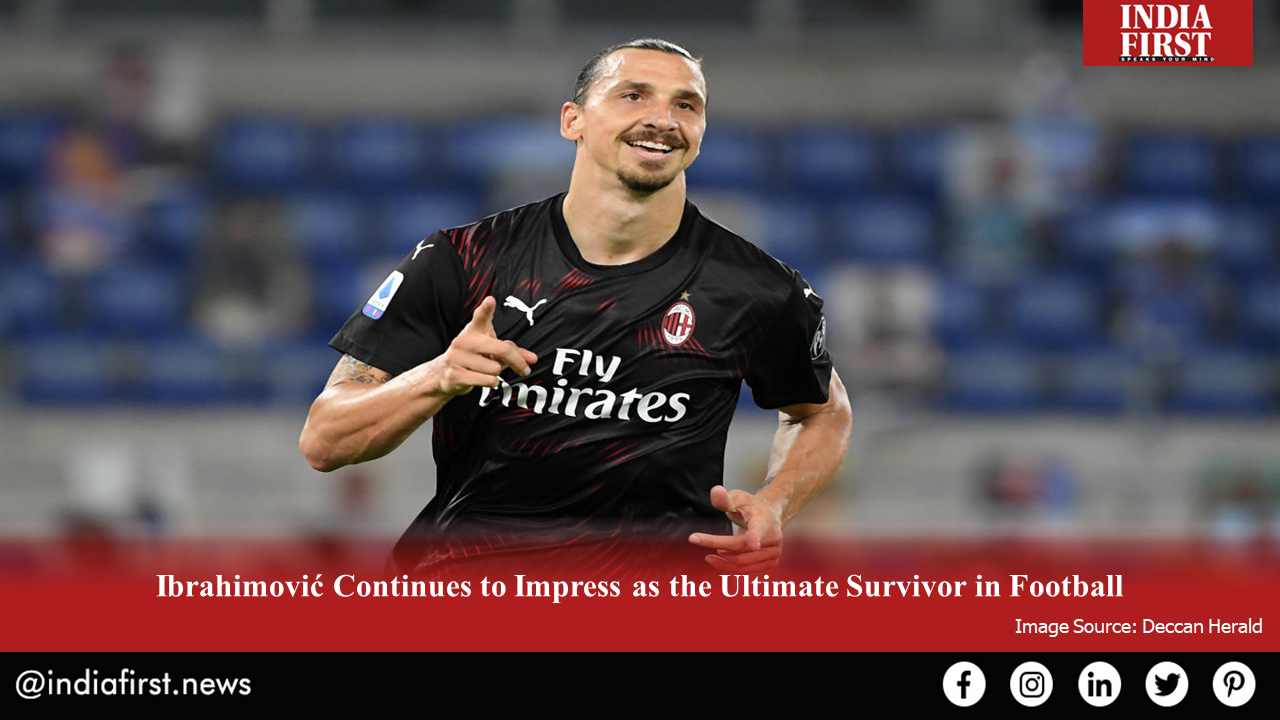 Four years ago, a 36-year-old Zlatan Ibrahimović had a nasty fall while playing for Manchester United. The veteran footballer was ruled out of club matches that season after he suffered a knee ligament tear, resulting in him being carried off the field as he grimaced in pain.

Even though sports enthusiasts and fans were sceptical regarding the Swedish footballer’s speedy return to the playing field, he remained optimistic and believed he would bounce back from the injury stronger than before. While many doubted if Ibrahimović would ever return to his original striker form, the Swede was quietly scripting the biggest story of recovery in the game’s history.

When Ibrahimović returned, now a LA Galaxy player, he kept his promise of coming back stronger than he left the field and played spectacular football to score 15 goals in 17 games, which also included a hat-trick.

From a swollen and heavily injured knee to a deft pair of legs that stopped at nothing while scoring goals, Zlatan not only baffled teammates and rivals but also peeved the curiosity of doctors who were surprised at the footballer’s superhuman strength and fast speed of recovery. While treating his ligament tear, the doctors had shared that Zlatan’s knee was stronger than any human’s they had ever seen.

His comeback and ageless playing abilities are more proof of what physicians have said about him. If Ibrahimović were a drink, he would be a fine bottle of wine, only getting stronger and better with age. Despite playing football for nearly 25 years, Ibrahimović golden feet have survived well. That is exactly why the striker still has an agile style of playing, even at an age of 39. The star striker has underlined his words with his performance in the past four years that his career will be over only when Ibrahimović decides so.

More than his motivational and confident words, his performance at his current club AC Milan as the lead striker speaks volumes about his superhuman abilities on field. Over the past few seasons, Ibrahimović has been pivotal in propelling AC Milan to the top of Serie A rankings. Even rival teams have admired the strength Sweden’s best footballer lends to the team he is a part of.

In the current season, the striker has been in top form and scored a total of 10 goals for Milan in the six games he has played. Even though the Swede looks to have suffered a muscle injury towards the end of AC Milan’s latest game against Napoli, the striker scored two goals in the game and became instrumental in Milan’s 3-1 win over Napoli on November 22.

Even though the club is apprehensive of Zlatan’s return to the field and will only confirm about his condition after a set of tests, the striker’s fans are sure that their idol will make a stronger return, just like he did from a coronavirus infection this season. Although Ibrahimović is set to miss some important games, the club is also hopeful that he will recover soon. Because he has already shown a good few times that he can.