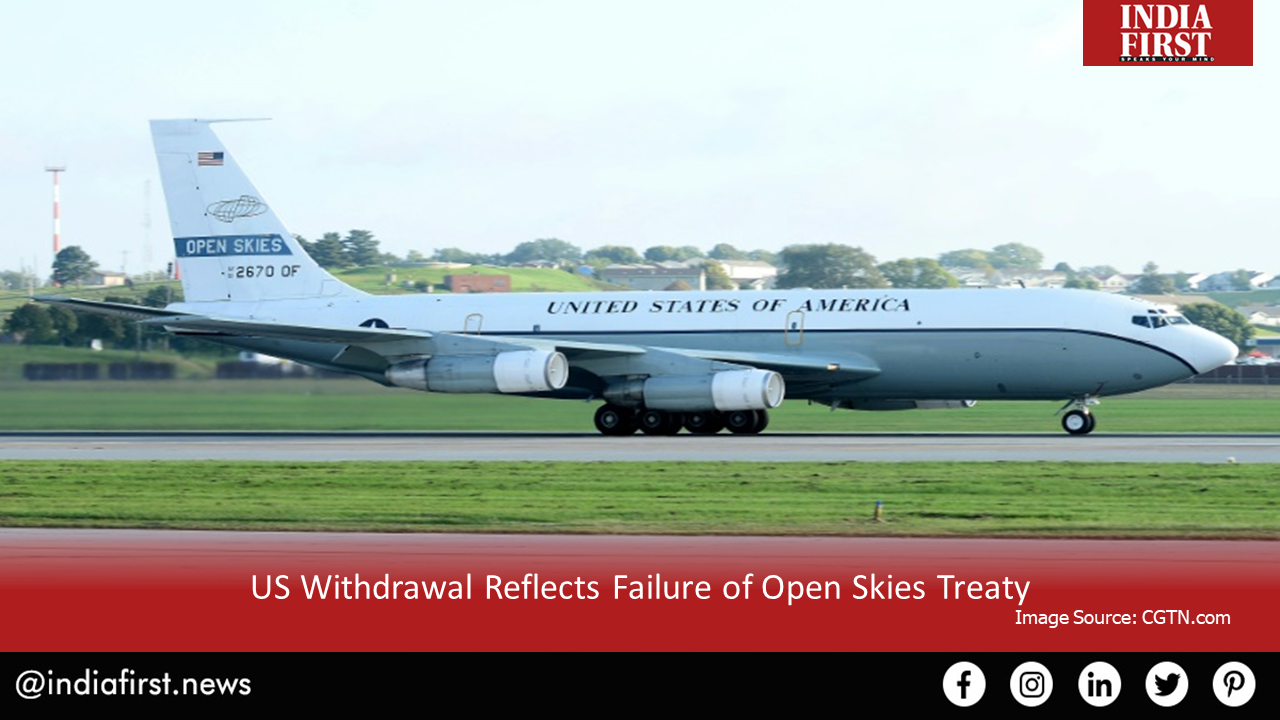 The United States of America has formally withdrawn from the Open Skies treaty, a defence agreement between countries that lets the parties of the treaty conduct short-notice, unarmed flights over other countries’ airspace as a mutual confidence-building measure.

The US was party to the Open Skies agreement for decades until it decided on November 22 this year to pull out. The Open Skies Treaty was first pitched by the US during the era of former president Dwight Eisenhower. The treaty had drawn plans for allowing short, reconnaissance flights between America and the then Soviet Union. The treaty was proposed in 1955 to allow flights across the two countries’ airspaces and aimed at defence cooperation between the two superpowers of the world.

At that time, the Treaty did not get the green signal from Moscow as it was apprehensive of US personnel spying on it and accessing sensitive information about Russia. The idea of an Open Skies agreement was reintroduced in 1989 and the final agreement after necessary amendments was set in 1990. The treaty was finally signed by Russia and US in 1992.  As of 2020, the treaty has been signed by nearly 34 countries with Kyrgyzstan having signed it but yet to ratify it.

The US has accused Russia of violating the Open Skies Treaty for years and has stated this as reason for exiting from the decades-old treaty.

The US said the Russian administration has misused the treaty to intimidate and threaten it instead of building a foundation of trust and confidence. The Russian government also targeted the infrastructure of US, according to Washington.

Now, Russia has issued a statement in which it has accused Washington of indulging in secret operations and strategies to get other member nations to sign a separate agreement obligating them to share sensitive details of the observation flights over Russia and other countries, thus leading to a violation of the Open Skies Treaty. The US is also pressurizing the European Union to bar Russia from entering the European Airspace over its military facilities. The Russian government has declared that if the countries approached by US comply with its demands, Russia will be taking tough measures against the countries for violating the treaty measures.