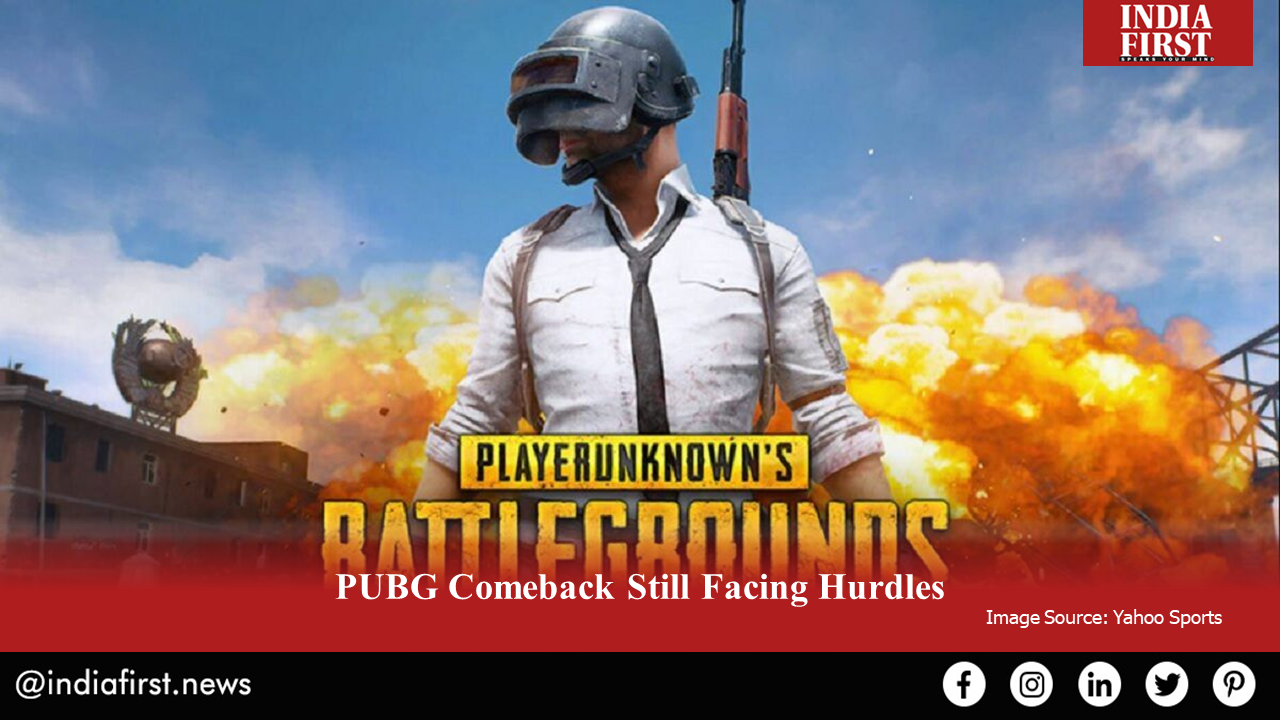 Last year saw the rise of Chinese PvP shooter game PUBG in India. By the time PUBG was banned in India, the game had nearly 50 million downloads and 33 million active users. The game was on almost every youngster’s phone screen and became a trend in India at the peak of its popularity.

Such was the game’s popularity that it was played not only by youngsters and teenagers, but by officegoers and professionals too. PUBG-themed cafes came up in the country and people even started using common terms from the game in everyday dialogue. PUBG was not only a game it became part of the lifestyle for millions of Indians.

The presence of PUBG in the country came to a sudden halt when the Indian government banned it along with a list of suspicious Chinese apps, citing a concern for security and sensitive data privacy of Indian nationals. This was a huge dampener on the gaming scene in India. Gamers in India have been missing the popular game since September this year.

Keeping in view the massive market PUBG has in India, TenCent Games, the management company of the game has been trying to make a comeback to the Indian gaming scenario since then.

It was reported earlier that the popular roleplaying and strategy game will be returning to India this month. However, PUBG continues to face roadblocks on the path of its return. While the company had previously announced that the game will be making a return by the end of last month, the game is yet to be relaunched as it awaits a formal approval from the Ministry of Electronics and Information Technology. As the approval from the ministry is getting delayed, PUBG officials have been trying to meet top officials of the ministry to get the nod as soon as possible.

Further, to make a comeback to the country as an Indian subsidiary, the gaming company needs to be registered under the GST rules and get a GST Identification Number. These formalities will only be fulfilled once the company gets the official approval. Additionally, PUBG India would have to comply with the foreign direct investment rules first.

The initial and primary reason of PUBG India’s ousting from the Indian gaming scene was the concern about it compromising users’ sensitive data and privacy. With relaunch plans in the pipeline, the returning game has inked a partnership with Microsoft AZURE to host its data. This is supposed to make the gaming app more secure than before, but the Ministry of Electronics and Information Technology has not yet reviewed the app’s internal workings to deem it secure for Indians.

Revealing its plans for the relaunch of the game, PUBG India said that it will be customising the game to suit the India market. PUBG India revealed that not only will the relaunched version have better data security reinforced by regular audits and better game content than its previous version, but it will also include virtual simulation which will give users an immersive gaming experience.

With such big plans for the future, PUBG India is set to make a huge comeback to Indian gaming scene, but it is yet to be seen when the gaming app gets the approval to make its long-awaited comeback.