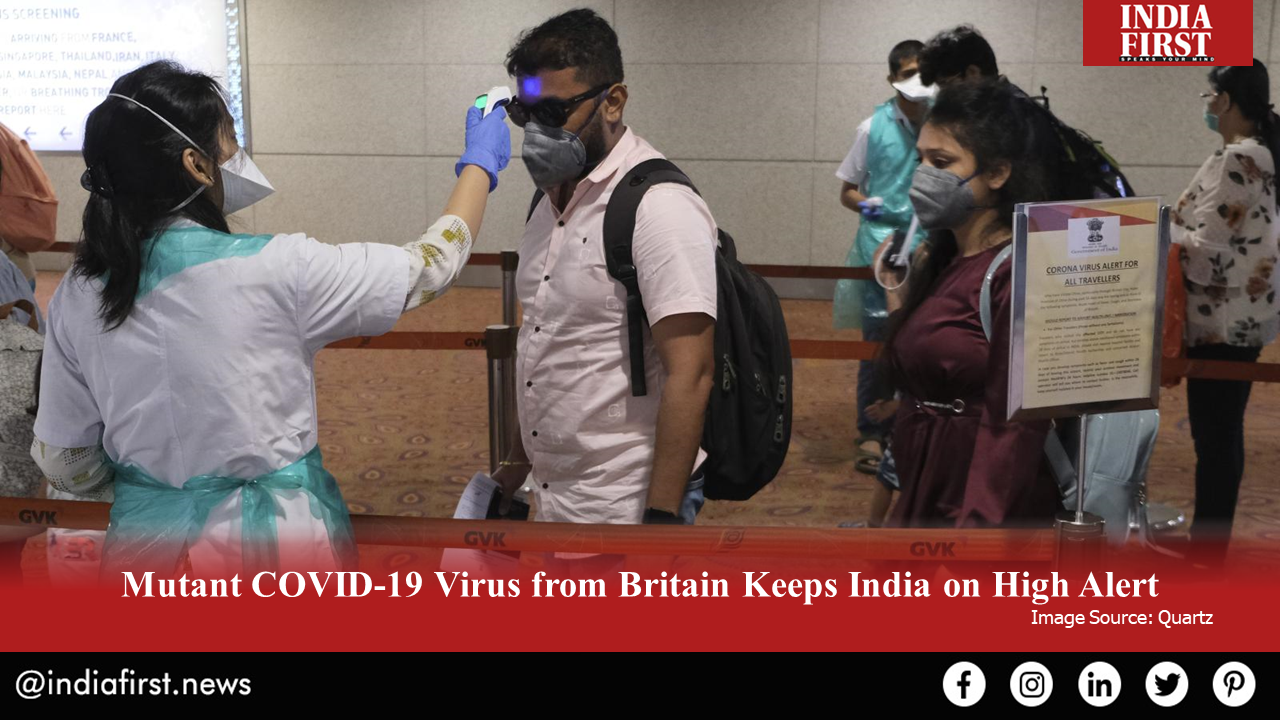 Just when the world began imagining that the COVID-19 vaccine will soon end the coronavirus pandemic, a new strain of the deadly virus was detected in the United Kingdom. The potentially higher transmissibility of this new strain, which could make it 70 per cent more infectious than the original one, has become a new headache for countries worldwide. Its detection in Britain prompted many countries around the globe to shut their borders again and ban international travel from Britain.

Named VUI – 202012/01, the new strain of the virus has a mutated spike protein that apparently increases its power of transmission and infection and makes it more dangerous than the original detected strain. The new strain has infected more than 1,000 people in the UK till date and is expected to infect many more because of its supposedly high rate of transmission. Local communities in the UK have been reminded of the COVID-19 social distancing rules and authorities have enforced a lockdown in parts of the island nation as an effort to contain the new strain.

As the pandemic had come under control in many countries over the past couple of months and the worst of it was deemed over thanks to successful treatment of the disease and the arrival of vaccines, countries around the world had recently reopened their borders to international traffic in a bid to restore the normalcy of pre-pandemic times.

The detection of the new strain and consequent sealing of borders, however, has again dimmed the outlook for international travel.

On December 21, six passengers from an Air India flight from London tested positive for the new strain of COVID-19. Many more who have arrived from the UK during this time are also expected to be potentially carrying the virus.

Therefore, India has decided to ban flights from the UK starting from December 23 till at least the end of this year. The remainder of passengers from the UK who have already landed in India are getting tested at the airports.

Thus, at present, the UK stands isolated from the rest of the world as countries take the necessary steps to protect themselves from the virus. Not only its European neighbours but more than a dozen countries of the world have shut off their borders to the UK.

Indian authorities are on high alert against the new strain but have requested citizens not to panic. The strain is yet to be detected in Indian samples but the detection of COVID-positive passengers from the UK has raised the much needed alarm.