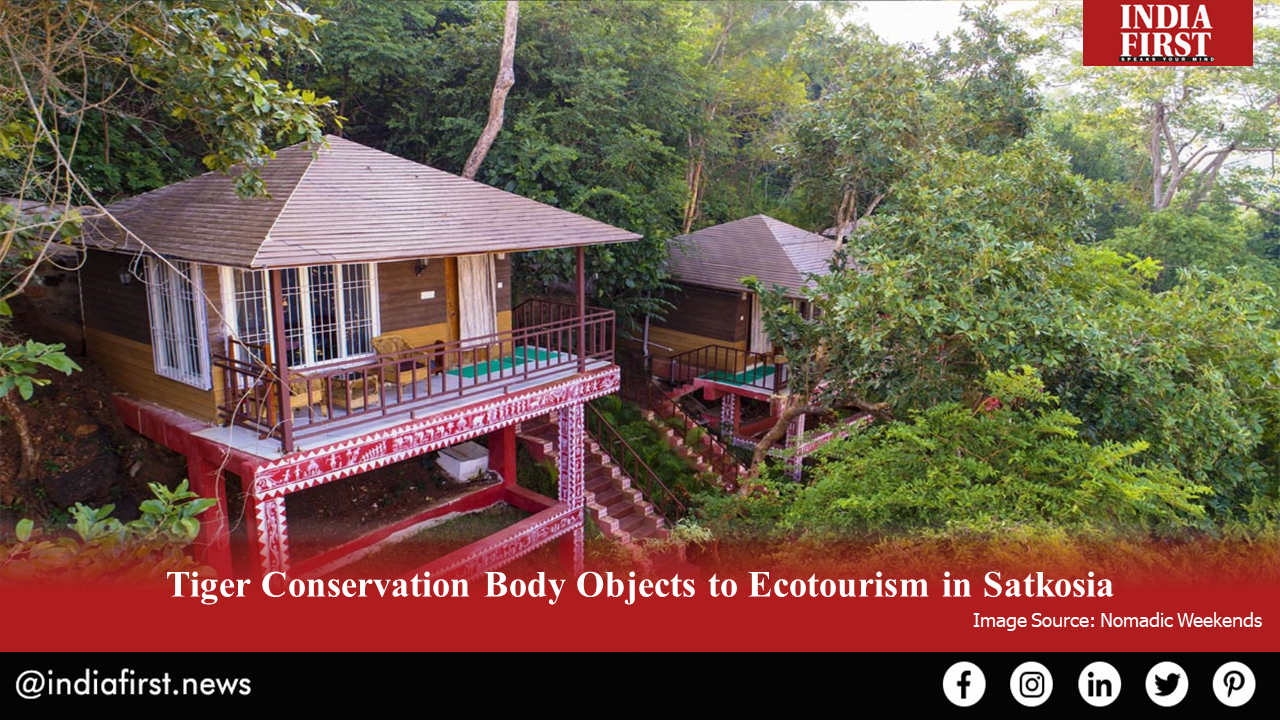 The directive was issued after ecological and wildlife activist Biswajit Mohanty approached the NTCA to raise the issues of wildlife degradation due to tourism activities such as camping in Satkosia Sands Resort, river cruise and other trekking activities that are pursued inside the reserve by nature enthusiasts.

In his letter to the NTCA, the wildlife activist had stated that erecting 20 camping tents in Badmul on the Mahanadi river bed will lead to depletion of local wildlife and undermine the status of the Satkosia region as a wildlife reserve.

According to Mohanty, riverbeds are ecological spaces with rich biodiversity and should be left undisturbed by human activity. The activist stated that the Mahanadi riverbed is used by crocodiles and turtles for resting and basking in the sun.  Rare birds such as terns and pratincoles nest and feed their young on the riverbed. That is why tourists can spot a lot of exotic wildlife on the riverbed.

While observing the riverbed to spot wildlife is not a harmful activity, the practice of camping and doing other touristic activities on it disrupts the routine and lifestyle of the animals and birds living near the riverbed or frequently visiting it for various purposes. This can affect their life cycle and development, leading to a decrease in the numbers of animals and birds in the surrounding areas.

Discouraging camping and long stays by tourists, Mohanty also raised the issue of nocturnal wildlife species getting adversely affected by night campers who often ignite bonfires on the riverbed. With their vision adversely affected by artificial lighting from bonfires, these nocturnal animals have trouble hunting and feeding at night.

Campers also indulge in sports on river beds, such as volleyball and football, which not only affect the soil of the riverbed but also make it inhabitable for ground-dwelling creatures by disturbing their burrows and egg-laying pockets.

Mohanty also raised objections against motorized boat cruises in the deep waters of the Mahanadi within the reserve on grounds that the sound and vibrations from the boat engines can potentially disturb the aquatic ecosystem of the river and harm aquatic fauna.

He also said the continuation of river cruises will have a negative impact on the endemic bird species and migratory bird species that feed on the aquatic fauna of the river.

Another tourism activity that is affecting the wildlife of the region is treetop canopy walk. It disturbs the nesting and roosting habitats of birds that use tree canopies for various purposes.

At this writing, a response from relevant forest authorities in Odisha had yet to come.