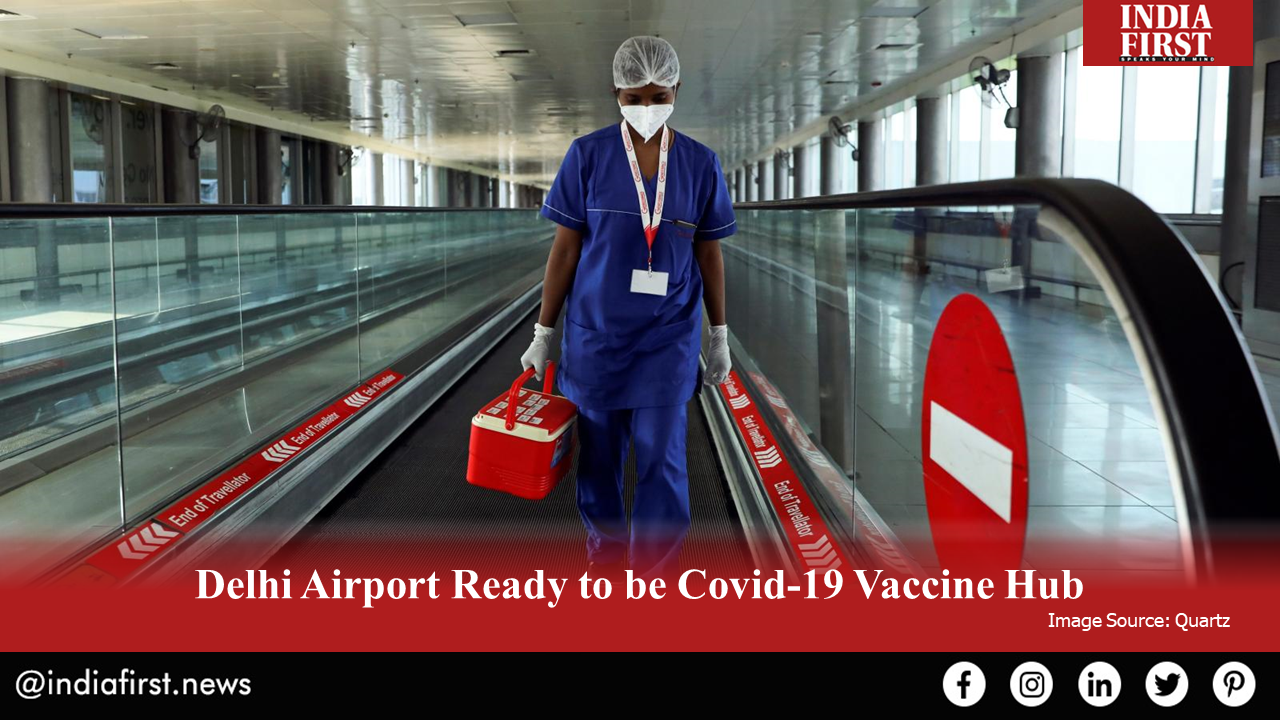 With India gearing up to mass-production and distribution of the COVID-19 vaccine, storage spaces around the country are getting upgraded and readied for housing large volumes of vaccine for one of the biggest immunisation drives in world history.

As the country was unprepared for a pandemic of such scale, the government has its hands full with logistics and storage challenges in its efforts to implementing a foolproof and efficient strategy for mass vaccinations starting from the grassroot level of the national health system.

As airports around the country are being prepared to act as storehouses of the vaccine, India’s busiest international airport, New Delhi’s Indira Gandhi International Airport, is completely ready to handle the incoming lot of vaccines. While there are concerns that remote areas and other pockets of the country might not be ready to store and mobilise the initial lot of vaccines, Delhi International Airport Limited CEO Videh Kumar Jaipuriar recently announced that the airport is ready to act as an important distribution point for future immunisation programmes.

Jaipuriar said the prime area of challenge is the unavailability of sufficient containers and equipment in certain areas of the country, and the lack of cold storage chains needed for the long-term storage of the Covid vaccine.

Jaipuriar also said that once the government decides on a particular distribution and vaccination strategy, the airport authority will run a final check on the preparations and be ready to use its setup to meet the storage needs pitched by the vaccination campaign. He also said that the airport has the capacity to not only supply vaccine to the states but also export a portion of the vaccine lot to neighbouring countries who will be looking to India for help in preventing the spread of Covid infections on their soil.

India will be starting its vaccination program with two developed vaccines, one from Bharat Biotech and another from Serum Institute of India which has pledged to produce at least one billion doses of the vaccine. India depends on its indigenously developed vaccines more because these are developed according to the tropical weather conditions of the country and will be easier to store than the Pfizer vaccine which needs ultra-cold conditions for storage and transportation. While Pfizer has been adopted as the preferred vaccine for immunisation against Covid-19 in different countries of the world, India giving authorisation to the Pfizer vaccine is highly unlikely. In such a situation, the country will be prioritising its own vaccine for use of its massive population.