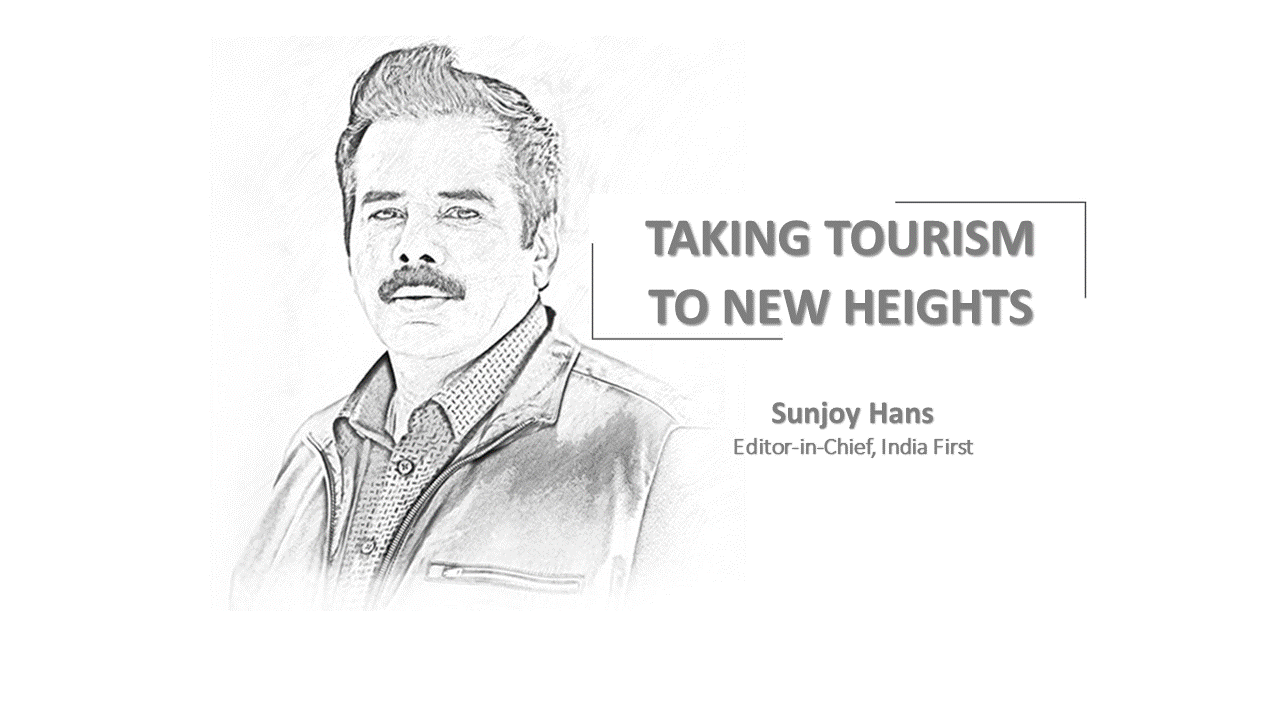 Chief Minister Naveen Patnaik’s proposal to Prime Minister Narendra Modi to set up an international airport in Puri reflects his resolve to develop the state into a major tourist destination with focus on the ‘golden triangle’ of Bhubaneswar, Puri and Konark. Full of majestic temples, ancient rock-cut caves, virgin sand beaches, museums, a heritage village, nature camps and a world-class zoo, this triangle draws tourists from across the world but its full potential is yet to be tapped.

While the beach in Puri is golden and the sands at Chandrabhaga near Konark fascinate the foot-loose and the fancy-free, the biggest attractions are the ancient temples known for their architectural excellence. They include the 11th century Lingaraj Temple and the 12th century Shree Jagannath Temple, which are visited by thousands of devotees every year. The Mukteswar Temple and the Rajarani Temple in Bhubaneswar are architectural treasures. This ‘golden triangle’ also boasts a world-class applique craftsmanship centre in Pipili town, the heritage village of Raghurajpur and the peace pagoda in Dhauli. Then there is the added attraction of Nandankanan zoo on the outskirts of Bhubaneswar.

No wonder the Chief Minister wants an international airport in Puri, which is about 65 kms from the state capital of Bhubaneswar which currently has the only international airport of Odisha. Once Puri also has this facility, the two airports can handle tourist traffic much better and the tourism potential of the state, especially that of the ‘golden triangle’ area, can be realized fully.

Like his legendary father and former Chief Minister Biju Patnaik, Naveen also has a grand vision for Odisha’s development. He wants to ensure that the state makes progress on all fronts, including industry, tourism, education and sports. Biju babu was the first chief minister of the state to have paid special attention to the development of industries. He also pioneered in persuading top-class industrialists to invest in the state.

However, his son has been even more successful in drawing investments to the state in diverse sectors. While big-ticket projects have been set up in steel and alumina sectors under his watch, Odisha’s tourism industry has also made tremendous progress over the past two decades of his rule. Aware of the tremendous potential the state possesses in the field, Patnaik is keen to accelerate the growth of this sector. His proposal for setting up an international airport in Puri is big a step in that direction. Acceptance of his proposal will be in the interest of not only Odisha but also the country as a whole.