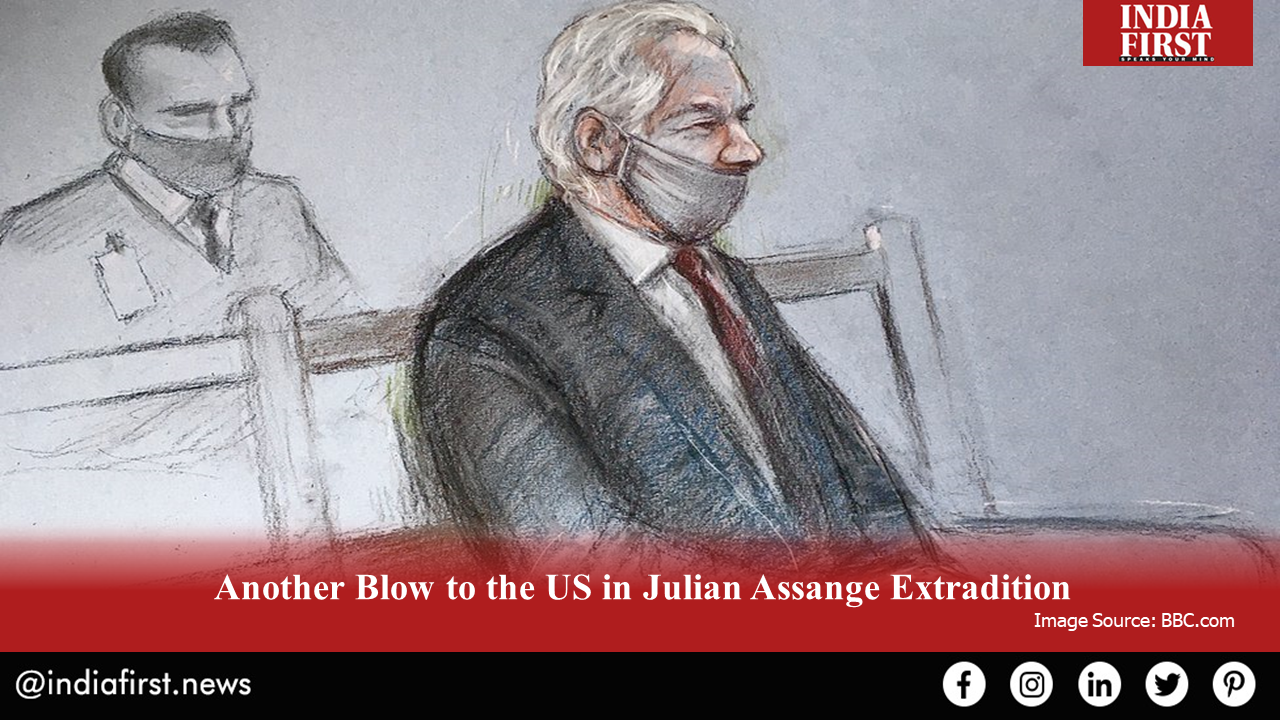 After a British judge decided on January 4 not to extradite WikiLeaks founder Julian Assange to the United States, the US Justice Department has voiced its disappointment with the decision. Assange was going to go under trial in the US following his extradition.

However, the US Justice Department said it was glad that the United States prevailed on every point of law raised by it.

The US Justice Department has pointed out that even the British court rubbished the claims put forward by Assange, including the ones in which he defended HIS dumping of thousands of leaked classified US Military and Diplomatic files online in 2010 as his right to free speech.

He also claimed that the US government was pursuing a campaign of political vendetta against him. Both the claims were rejected by the British court. The judge, however, ruled against the potential extradition of Assange on grounds  that his mental health is fragile and could deteriorate if he is incarcerated in the US, which may lead to suicide in an extreme case. While ruling against the extradition, the judge also raised concerns that the US might not be able to guarantee the safety of Assange while he is imprisoned during trials as the US prisons are known for their harsh conditions.

Assange was indicted for violating the US Espionage Act, by leaking classified US files with sensitive information of national importance, which he provided to former military intelligence officer Chelsea Manning from secure military computers. However, the case of Assange brought free speech issues to the fore, with defendants saying that WikiLeaks enjoys the same rights as any media house in its publications.

The decision not to extradite Assange must have come as huge relief for him because if he put on trial in the US and found guilty, Assange will be facing lifetime imprisonment in an American prison.

Assange has, however, sought a pardon from outgoing US President Donald Trump because his 2016 election campaign significantly profited from the leaks released by WikiLeaks. On the other hand, the Mexican government has offered him political asylum and supported the British court’s decision against facilitating his extradition.

Mexican President Andres Manuel Lopez Obrador said he ask his foreign minister to start talks with the UK government regarding the possibility of Assange’s freedom and allowing him to travel to Mexico for political asylum. He also said Assange is a journalist and deserves to be pardoned for what he did in the name of free speech.

Calling the recent decision from the British court a triumph of justice, Obrador said that his country is ready to give protection to Assange. The Mexican President had earlier referred to Assange’s detention as torture. He had also defended him by noting that those WikiLeaks documents revealed the authoritarian side of the world’s governments and the exposé was necessary to bring about political reform.