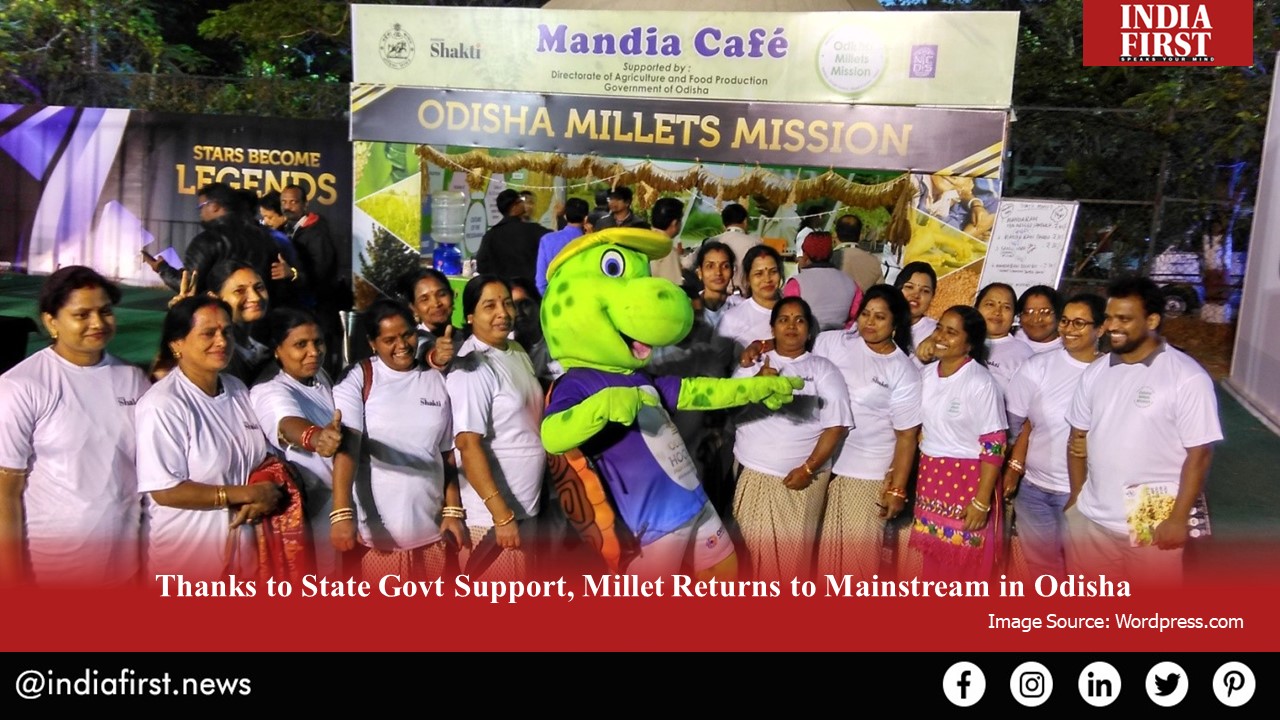 After months of hailing the Odisha Millet Mission as an exemplar for other states of the country, the NITI Aayog has now lauded the sharp rise in millet production and marked improvement in its gross value this year.

Two agricultural initiatives of the government, the OMM and ‘Mo Upakari Bagicha’, aimed at increasing the production of millet in the tribal regions of the state and raising awareness about the nutritional and health benefits of organic produce, have been included in the NITI Aayog’s Health and Nutrition Practice Insights report.

Odisha is the first Indian state to include millets in its public distribution system. This unique decision has won praises from the NITI Aayog, with the state being declared a model one for agricultural revival.

The Odisha Millet Mission was started in 2017, and today encompasses 14 districts, particularly those with a majority tribal population. The National Millet Mission, launched a year after the commencement of the state programme, has given a further incentive of growth to millet production and value in Odisha.

The Odisha Millet Mission includes members from the government, the intelligentsia and the civil society in a fruitful partnership that achieves the goals of the OMM through cooperation with the Farmers Producers Organisation.

After promoting millet cultivation among tribal farmers and adopting good marketing and sales strategy for the produce, Odisha has recorded a 215% increase in gross value of millet produce per farmer household. The area under millet cultivation in the state has gone up to 5,182 hectares from the earlier 2, 949 hectares, and crop yield has gone up by more than 100%.

As many as 26, 495 farmers of the state have been registered under the OMM and 90% of the yield harvested by them has been procured in the previous year, helping them capitalise on their produce. The state government has not only taken steps to increase millet production but also included millet in mid-day meal programmes and Integrated Child Development Service scheme. This has been instrumental in increasing millet consumption in regular households.

Along with this the state public distribution system for grains has replaced rice with ragi (millets) in the 14 districts where ragi is produced, to balance out production and procurement. Replacing rice with ragi has helped in increasing the nutritional value of grain consumed by rural households. Thus, the state government has not only induced growth of a sector in Odisha’s agricultural scene but also guaranteed food security for the people.

The NITI Aayog said the OMM has been successful because of the state government’s active procurement of millets at minimum support price, the farmers’ registration into the programme, and the establishment of storage godowns for the grains in every district. This project has helped the production and consumption of millets in the identified regions by improving agronomic practices and setting up decentralised processing units that are crucial to their safe processing and value addition, making them market ready.

No wonder, Chief Minister Naveen Patnaik took to his official Twitter account recently to express his happiness over the NITI Aayog’s recognition of the State Millet Mission and the Mo Upakari Bagicha scheme.