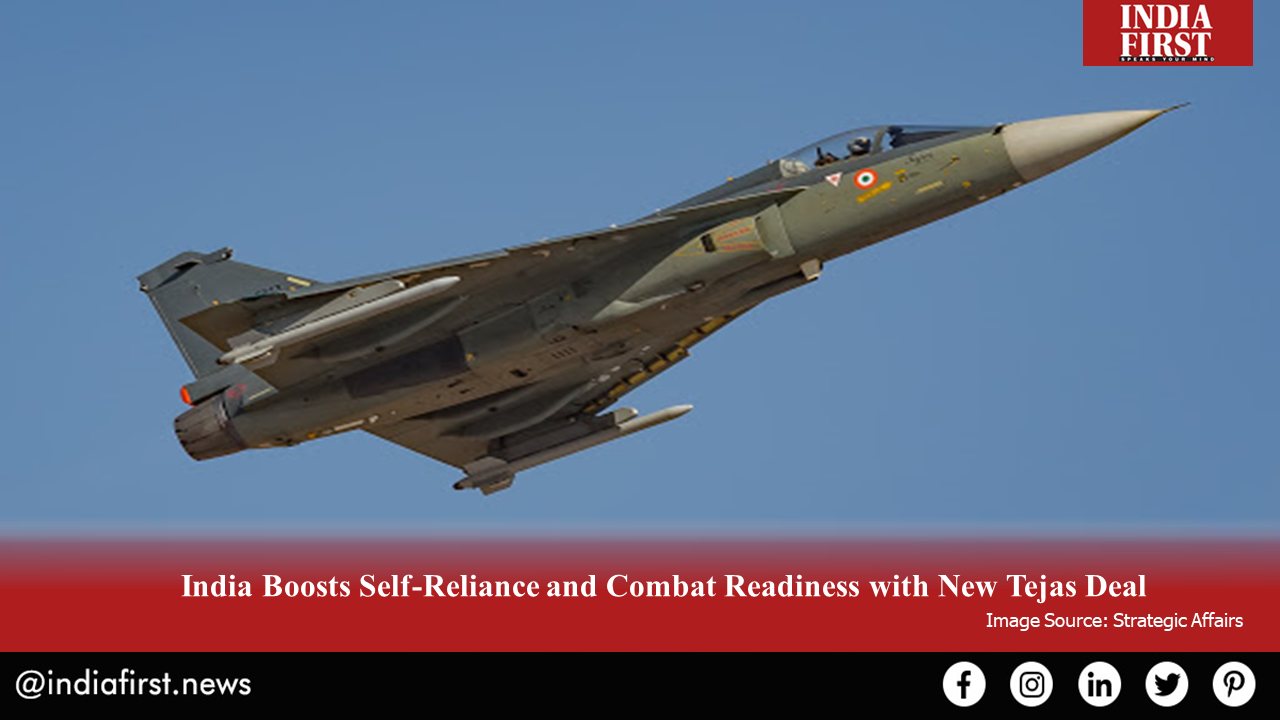 As a historically peaceful land, India’s core values of universal brotherhood stand in sharp contrast to those of its northern neighbours. Whether it be its long-standing conflict with terrorism-sponsoring Pakistan over Kashmir or its festering border disputes with an incorrigibly expansionist China, India has had to face many tough national security challenges from time to time.

This has meant that India can never let its guard down along its border areas and has to constantly improve its ability to maintain its sovereignty. Therefore, despite having one of the most powerful armies of the planet, India needs regular reinforcements to properly defend its long, trouble-prone borderline.

Recently, a new page has been added to the history of Indian Armed Forces with the approval of a much-awaited Rs 48,000 crore deal for acquisition of a new fleet of 83 Tejas fighter jets that will boost the firepower of the Indian Air Force and consequentially increase the combat potential of the armed forces in general.

The largest indigenous defence procurement deal of the country was hailed as a gamechanger for India’s defence manufacturing sector on the self-reliance front.

Union Defence Minister Rajnath Singh said the LCA-Tejas will be incorporating many cutting-edge features that will give the IAF a clear advantage over its counterparts that its neighbours use. Singh also revealed  that the new and advanced Tejas will be a more indigenous aircraft, with 60% of the fighter jet’s composition made from indigenously sourced raw materials and parts.

The Defence Ministry has placed an order for 73 Mk 1-A and 10 LCA Mk-1 trainer jets in the initial phase. The large number of fighter jets procured and the advanced arms and ammunition that they will come equipped with will increase the IAF’s chances of gaining victory for India in the event of a war. According to sources privy to the deal, the deal is crucial in sending a strong message across India’s neighbourhood, particularly to its typical enemies.

The first deliveries of the LCA Mk-1A jet fighters will happen over the next three years and scheduled to be completed by 2024. The HAL will deliver the complete order request by 2028-29. It is expected that by 2030, India will have emerged as a military power second to no one in the region.