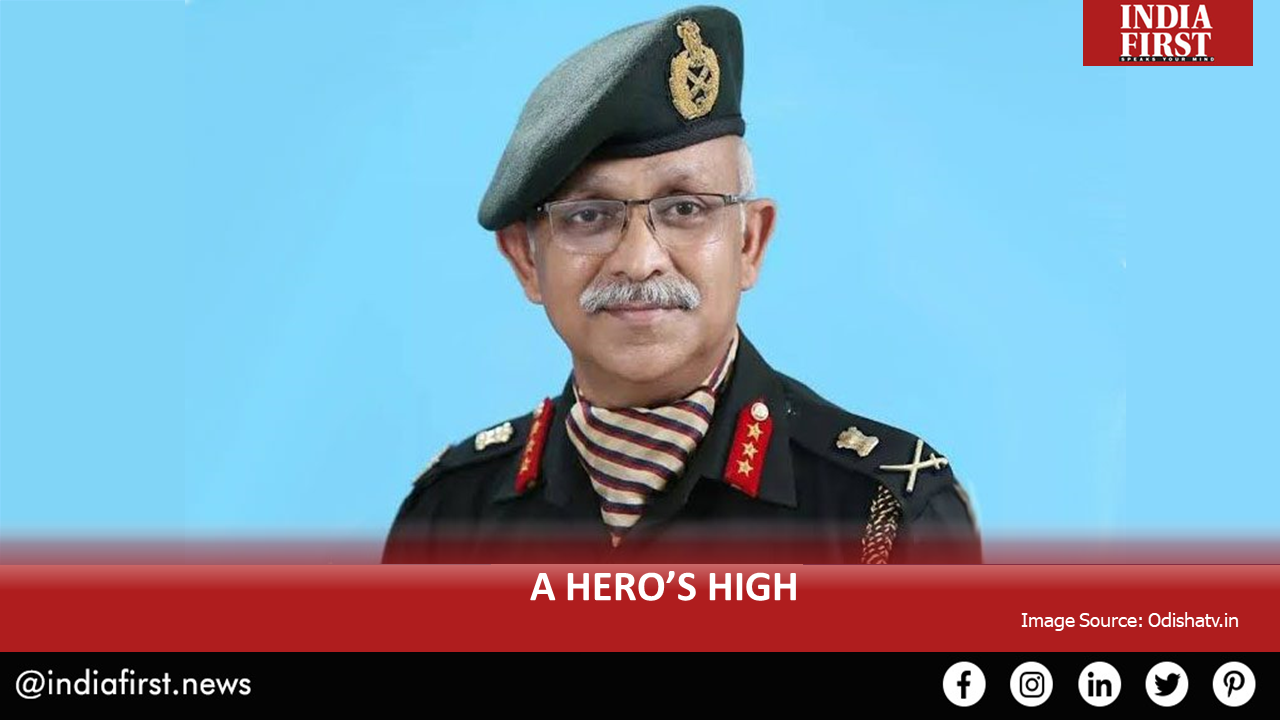 The people of Odisha’s Jagatsinghpur district have been in a jubilant mood since Monday evening.

It is not just due to the smooth rollout of the Covid-19 vaccination campaign so far, but because one of their own has made them swell with pride again by putting their district on the national map one more time.

When Lieutenant General Chandi Prasad Mohanty, a native of the district’s Jayabada village, was appointed General Officer Commanding-in-Chief, Southern Command a couple of days before Republic Day last year, it was such a proud moment for the state that Chief Minister Naveen Patnaik had himself posted a tweet congratulating him.

But this time, almost exactly a year later, the occasion is even bigger.

Taking over from Lt Gen Satinder Kumar Saini at the end of this month, Mohanty is all set to become India’s 42nd Vice Chief of the Army Staff (VCOAS). This makes Mohanty the first army officer from Odisha to hold an elevated position that is second only to the Chief of Army Staff.

Interestingly, Mohanty – the son of retired state government officer Jitendra K Mohanty and Odia professor Dr Sarada Kumari Mohanty – was also the first Odia person to get admission into the prestigious Rashtriya Indian Military College (RIMC) in Dehradun, Uttarakhand (then Uttar Pradesh). Before joining the RIMC, he was studying at Bagashai UP School until Class VI.

After completing his education and training at the National Defence Academy, Mohanty was commissioned as a second lieutenant in the Rajput Regiment – and thus began what is now a 38-year-long illustrious career in the armed forces.

In addition to his experience along the border with China and Pakistan, which included commanding a battalion along the Line of Control (LoC) in Jammu and Kashmir, Mohanty has led a multinational United Nations brigade in Africa to diffuse a bloody civil war in Congo. One of Mohanty’s more recent – and most impressive – career achievements has been his successful counter-insurgency operations in the Northeast.

Going far beyond the NDA, his academic career has been no less impressive. With his comprehensive research studies on China, South Asia and the Northeast, Mohanty is widely considered a guru in the field. He has also earned an M.Phil in Defence Studies from Madras University and holds two master’s degrees in Defence Studies and Management Studies.

Married to another distinguished academician (gold medallist in Physics) and renowned dancer Mamun Mohanty (who has a gold medal in Classical Dance as well, from Allahabad University), Mohanty is also someone who has remained firmly connected to his roots.

He is known to visit his village in December every year, when he interacts with locals and visits temples around there. No wonder the joy of his native village and district folks at this moment knows no bounds.