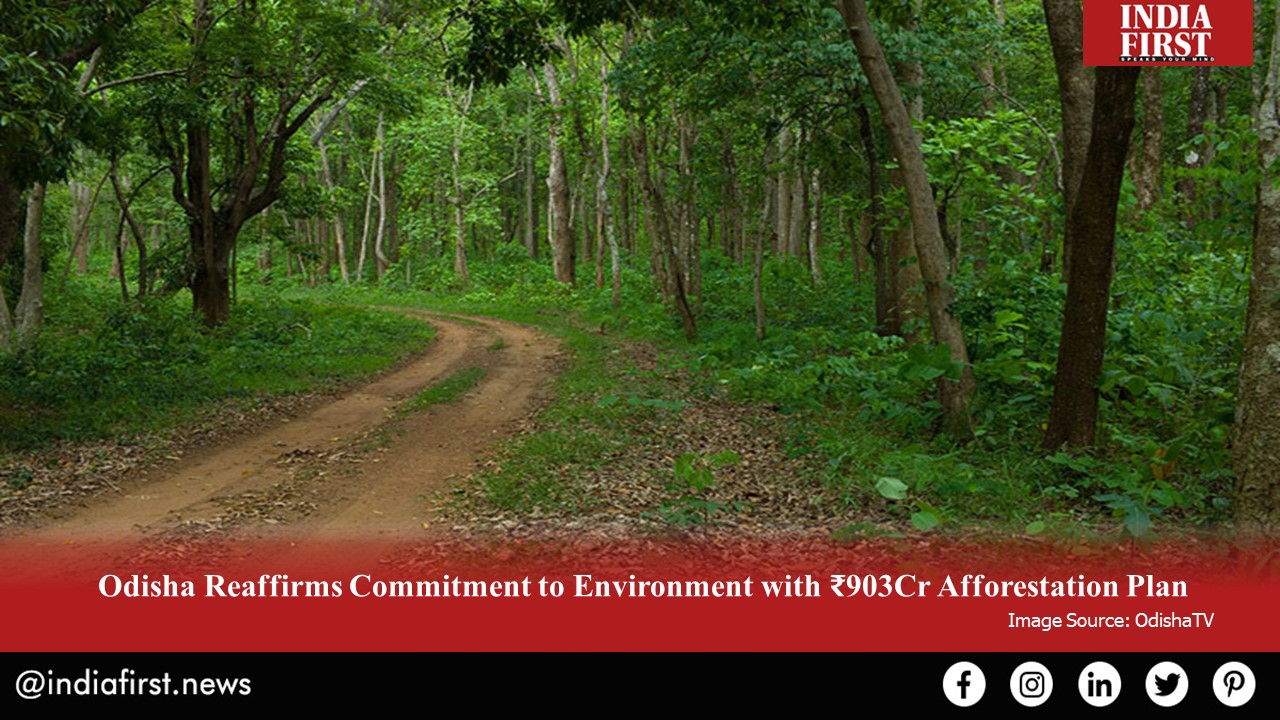 Odisha has a varied terrain, with mountains and plateaus, flatlands, and a long coastline of sandy beaches, hence so is its green cover.

The overall forest cover of the state is a healthy 33.15% and has been seeing a steady increase in the last few years. According to reports, Odisha’s forest cover, which is home to its remarkable biodiversity, has shown an increase of 274 sq. kms over the 2017-19 period.

While Odisha is a mine of precious minerals and resources that are used as raw materials for industries such as steel and aluminium, it also has places such as Kandhamal and Mayurbhanj which have dense forest cover and are home to tribes that live close to nature.

The Kandhamal district has the biggest forest cover in Odisha, with almost 65 per cent of its geographical area being forested. With dense jungles and mangroves and wetlands, the state of Odisha has been fortunate to see a growth in its green cover that is crucial to balance its ecosystem. The mangrove forests have also grown during the 2017-19 period, although the growth rate has not been at the same level as the overall growth of the state’s green cover.

So, what has helped an industrial state like Odisha in not only maintaining but also increasing the forest cover day by day?

While other states of the country are struggling with a very real threat of industrially induced deforestation and pollution, the Odisha government has given equal importance to industrial growth and ecological balance. By taking proactive steps to afforest various areas of the state and establish environmentally sustainable industries, the Odisha government has brought improved the forest cover of the state.

After spending 96% of CAMPA funds received in 2019 on afforestation and regeneration of forests, the Odisha government has been unwavering on the environment conservation front.

The state-level CAMPA took a decision on January 17 this year, as a result of which the Odisha government has allocated Rs 903.39 crores for the Annual Action Plan for afforestation in the 2021-22 time period. The Naveen Patnaik government has a target of increasing the state forest cover even further and it has planned an array of conservation and afforestation activities for that purpose.

From block plantations, to natural regeneration, the government has started many carefully planned activities to help the state ecosystem in its natural process of recovery and growth. Extensive bald hill plantation is under way to stop soil erosion and the risk of landslides in elevated regions. Since the bamboo forest cover has not seen any significant growth over the last few years, the government will be focusing on regeneration and maintenance of the bamboo forest cover as well. The state government will be undertaking bamboo culture for that purpose.

The Naveen Patnaik administration is also planning to put a digital database of all the forest assets of the state in place to help the monitoring and disclosure of data linked with these natural resources. The five-time Chief Minister seems more determined than ever to increase the rate of afforestation in Odisha to preserve its natural resources and biodiversity in a natural way.