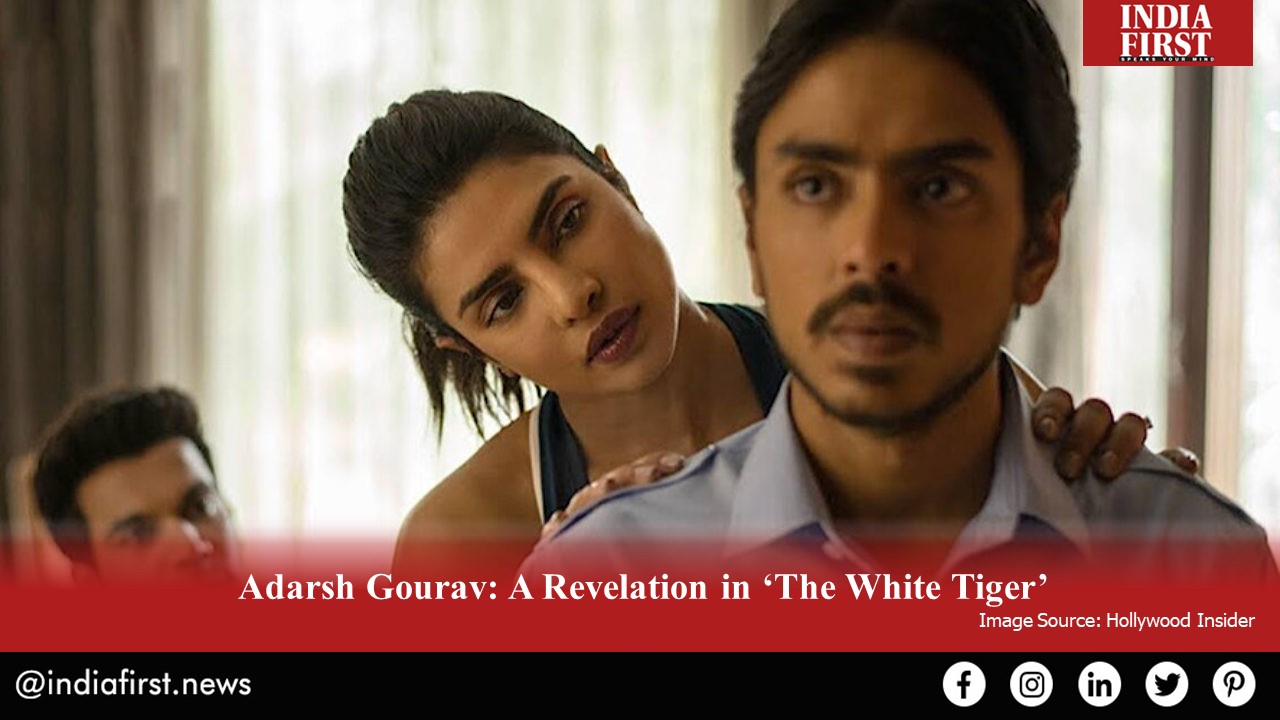 The Ramin Bahrani-directed cinematic adaptation of author Aravind Adiga’s award-winning The White Tiger features spectacular performances from a talented and refreshing cast that includes experienced actors such as Priyanka Chopra Jonas and Rajkummar Rao. Yet the cherry on top in this Netflix film is the lesser-known Adarsh Gourav who shines with a captivating portrayal of his character, Balram Halwai.

The film has a strong and fascinating storyline that travels through the grey spaces of poverty, social hierarchy, corruption, and struggle for survival in the lowest classes of the society that stays imprinted in the minds of the audience even after the film finishes.

However, the narration is shouldered by the actors who carry the film and transform it into a storytelling delight through their convincing portrayals of their characters.

The trailer of The White Tiger was a fitting prelude to the gripping experience that the film was going to give, and Adarsh has left an indelible mark in the film world with his impeccable portrayal of the lead character.

Born in the industrial city of Jamshedpur, Jharkhand, Adarsh grew up in Mumbai. It was in the city of dreams that Adarsh discovered his love for acting and decided to hone his passion into a profession at the Drama School in Mumbai. Adarsh is a connoisseur of art and, apart from being a trained actor, he has also trained in Hindustani classical music for nine years.

His love for music was evident in his school and college days when he was a frontman for two progressive metal bands named Steepsky and Oak Island. His band was also more than just an amateur act as it featured in the MTV Indies – Never Hide Sounds. As an individual singer, Adarsh has done playback singing for distinguished music giants such as Illayaraja and Sukhwinder Singh.

The actor forayed into the field of acting with TV commercials as a child artist and has been active in the field since then. He has acted in commercials for many well-known brands such as Cadbury, Airtel, Nescafe, Dominos and Hotstar.

This is not the first film for Adarsh as he has already acted along side Shah Rukh Khan in My Name is Khan, with noted actor Manoj Bajpayee in Rukh, Anurag Kashyap’s Madly, and Sridevi-starrer Mom. Adarsh had previously collaborated with Netflix India for Leila. The actor has also starred in Amazon Prime India’s Die Trying.

With The White Tiger, Adarsh Gourav has come as a versatile actor who is equally capable of shining in Bollywood films, web series and TV commercials. With the diversification of the entertainment media and the inflow of fresh young talent into the entertainment industry, actors like him have a bright future ahead of them.

Spread the love
Related tags : A Revelation in ‘The White Tiger’ Adarsh Gourav