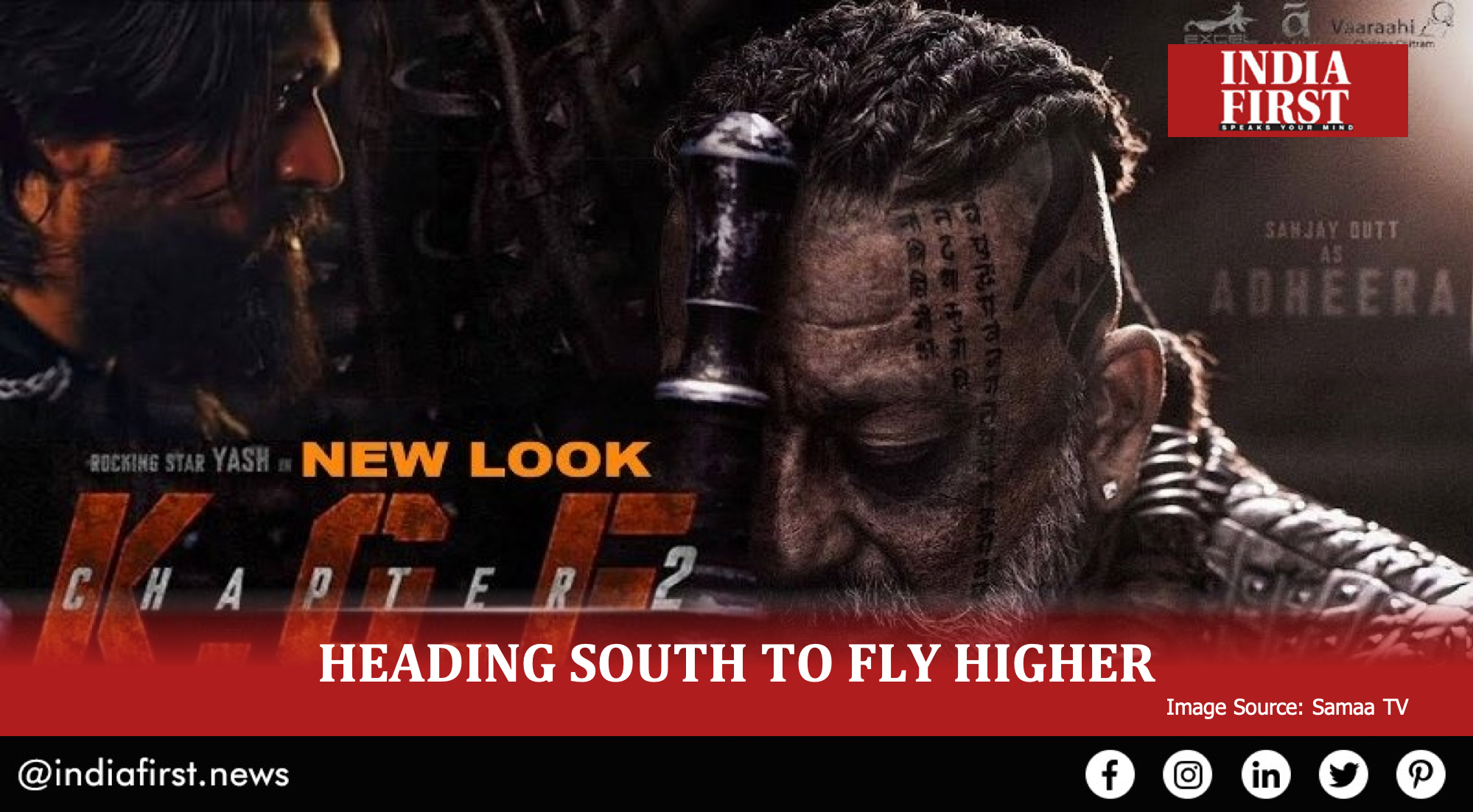 Bollywood’s romance with big commercial cinema in South India is all set to continue in the coming months. While the trend is not new, a new crop of top Hindi stars is going to make it bigger in the near future.

Over the next months, Alia Bhatt and Ajay Devgn will be seen in “Bahubali” maker SS Rajamouli’s “RRR” with Jr NTR and Ram Charan. Sanjay Dutt and Raveena Tandon join Yash in “KGF: Chapter 2” and Sonu Sood returns to the South in the Chiranjeevi-starrer “Acharya”, while Big B and Deepika Padukone will co-star with Prabhas in an untitled upcoming film.

The new roster of Bollywood imports down south follows forays by Aishwarya Rai Bachchan, Deepika Padukone, and Sonakshi Sinha among numerous others, who have worked in southern productions for a wider audience reach.

“Now production houses in the south from Kannada, Telugu and Tamil film industries are making big budget action films that have all-Indian sentiments roaring high. You throw in some Bollywood stars and you get mass circuits locked. By mass circuits I mean Tier 2 and Tier 3 cities, a whole lot of Uttar Pradesh and Madhya Pradesh. Also, the dubbing value becomes higher and satellite prices soar. Earlier, only Salman Khan used to make such massy films,” says Chennai-based trade analyst Sreedhar Pillai, about the trend of signing big Bollywood stars that top southern producers are discovering all over again.

Pillai believes it is a win-win for Bollywood actors, too.

“The reach for them is also bigger, which was not there earlier. Solo hero Hindi films didn’t get a great response in the south. Plus, the actors get good money and good banners, so it works for them,” he added.

Here is a more detailed look at current under-production films that feature some of the biggest names of Bollywood along with southern superstars.

The SS Rajamouli directorial has been creating buzz ever since it was announced. The film has Telugu superstars Ram Charan and Jr NTR, along with Ajay Devgn and Alia Bhatt. Production started in 2019 while Alia joined the sets in December 2020. The unit recently finished shooting the film’s climax scene and the film is expected to release in October this year. Unconfirmed rumours have stated the film rides a budget of over Rs 450 crore.

The sequel to the 2018 blockbutser “KGF: Chapter 1” brings back Kannada superstar Yash as Rocky the gangster. Added attraction in the sequel is the presence of Sanjay Dutt and Raveena Tandon in the cast. While Raveena plays Ramika Sen, described just as a powerful figure in the story as of now, Dutt is cast as the antagonist Adheera. The film is set to release in July this year.

Untitled Prabhas film with Big B and Deepika

The yet-untitled film promises to be a mega affair, uniting Telugu superstar Prabhas with Bollywood icon Amitabh Bachchan and superstar actress Deepika Padukone. The film will be directed by Nag Ashwin and is slated to release in 2022.

The much-awaited Chiranjeevi starrer has the Telugu superstar’s son Ram Charan as one of the producers. The film will have Bollywood actor Sonu Sood playing a pivotal role. Being shot in Hyderabad, the film is expected to release in May this year.