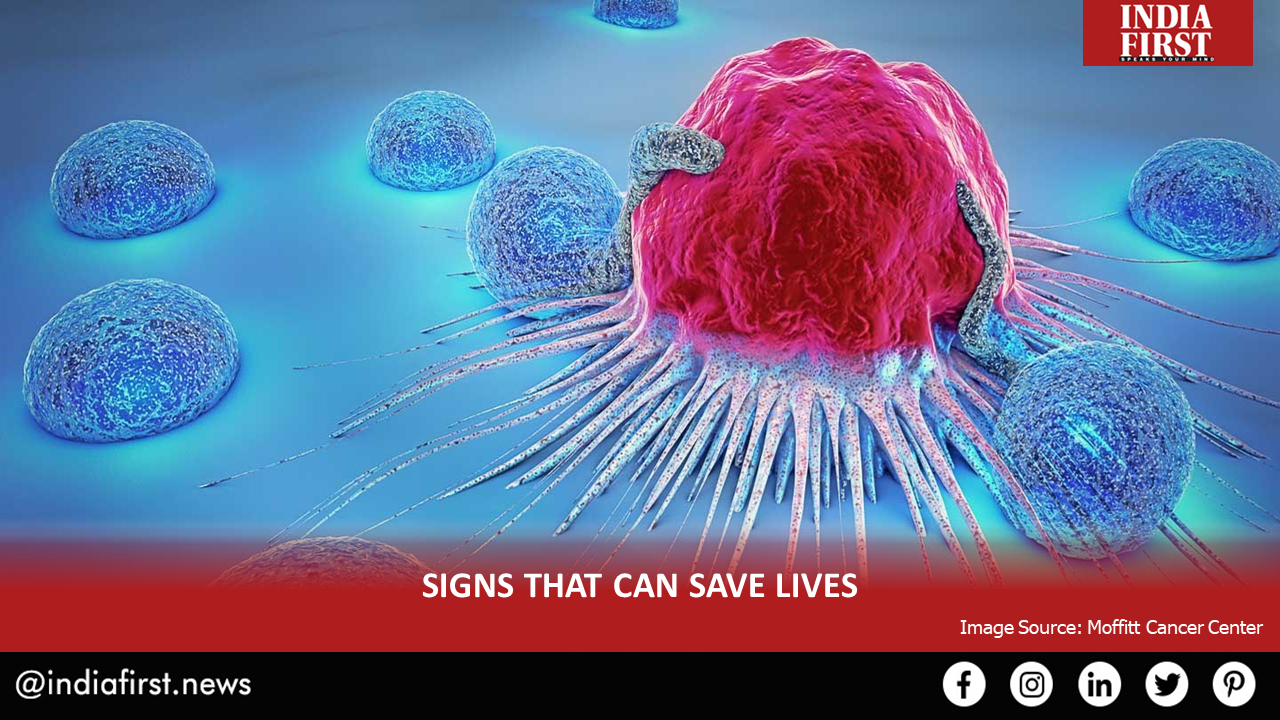 On World Cancer Day, experts have identified and explained 10 oft-overlooked symptoms of the disease that should never be ignored.

Cancer is an unnatural growth of cells that wrecks the healthy environment of the body. The complications associated with it are not because of the disease but due to the delayed diagnosis as the symptoms are mostly unclear at times.

On World Cancer Day marked across the globe on February 4 every year, Oncologist at Practo has shares a list of commonly ignored symptoms, which could be warning signs of cancer. Cancers are painless when they start and so they get ignored by the patient and doctors alike.

Anaemia: Tiredness in cancer is usually due to anaemia (lack of blood) and deficiency of nutrition. The cancer drains most of nutrients from the body in its race to grow rapidly. Also, there is bleeding from cancer tissue that makes one anaemic.

Blood while passing stool: Very often, this is due to piles or similar causes. However, colon cancer and rectum cancer can also cause this. If a person happens to find blood in stool, it is wise to do colonoscopy to look inside of the colon. Cancer of colon can cause change in bowel habit (like alternating constipation and diarrhoea)

Blood in urine: This always requires further tests. Cancer of the kidney or urinary bladder or prostate can result in blood in urine. The worst part is this bleeding can be irregular. This infrequency makes patients ignore this symptom. Even one episode of blood in urine needs through examination.

Bleeding in between periods (women): Any bleeding that does not follow the usual pattern of menstrual period is a warning sign. Cancer of the uterus or cervix can cause these kinds of symptoms. Patients with cervical cancer also bleed after sexual intercourse.

A patch or wound inside mouth: Oral or mouth cancers are common in India. These cancers start as a patch or wound and progress over months. If diagnosed early they can be treated effectively.

Loss of weight without trying: A sudden weight loss when you are not dieting needs investigations. As cancer consumes most of the nutrition that you take, you tend to lose it.

Loss of appetite and bloating food: This could be because of obstruction to bowel or because of a cancer secreting its toxic substances. Thorough examination is needed to reach a diagnosis.

Lymph node enlargement: Lymph nodes are present everywhere in the body and function as filters. Most of the time they enlarge due to infections. The cancer cells also get filtered in these nodes and are trapped. They grow in these nodes and the nodes enlarge because of this growth.

Trouble swallowing or vomiting after taking food: Both are warning signs of a cancer in the digestive tract. These need to be evaluated with endoscopic tests to identify the cause. Some patients have only persistent heartburns which are misdiagnosed as gastritis and treated only for months before correct diagnosis reveals itself.

Pain is usually the last sign of cancer. So experts advise that it is best not to wait for it.