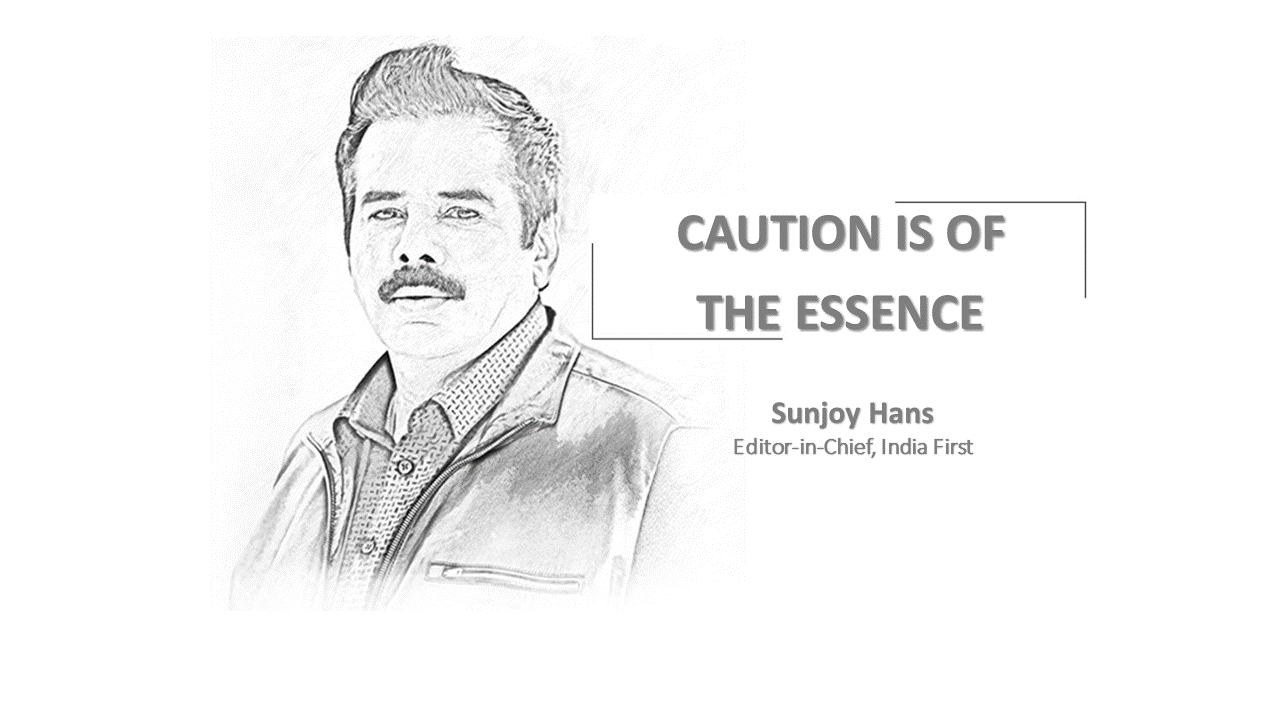 The nationwide ‘Chakka Jam’ called by farmer unions from 12 noon to 3 in the afternoon today in protest against the Centre’s three new farm laws, is expected to be peaceful – yet there is an undeniably palpable tension in the air, not just on the borders of New Delhi that have been the hotbed of the farmers’ agitation for months on end, but across the country.

This is because the shockingly ugly turn that the farmers’ tractor rally took – completely contravening the protesters’ promises to the authorities – on January 26 in the national capital is fresh in people’s memory.

Therefore, precautions have been rightfully taken. Despite assurances of a non-violent demonstration from the farmer union leaders, the Delhi Police has left no stone unturned – from deploying over 50,000 security personnel (including paramilitary forces) and bomb and dog squads to installing multiple layers of barricades and other defensive apparatus within and along the capital city’s borders – to prevent the recurrence of the Republic Day chaos.

The road blockade by protestors will only be limited to national and state highways, with exemptions to be made for essential services and emergencies, and no action whatsoever is supposed to happen inside Delhi.

Back here in Odisha, too, farmer groups have reportedly planned peaceful road blockades for the same three hours to express their solidarity with the Chakka Jam protestors around the country. The blockades are expected today at many high-visibility areas in and around the state capital of Bhubaneswar – including the Master Canteen Square, Raj Mahal Square, Jaydev Bihar, along NH 16 in Pahal – and also in similarly strategic spots in several districts across the state.

The world is watching.

Some sections of the international community are trying to garner global support for the farmers’ protest, through both mainstream and social media, without having any real knowledge about the reformative nature of the new farm laws and the ground realities of India’s agriculture sector.

Then, there are others with ulterior motives who seem to pushing the protestors towards unconstitutional and undemocratic ways. This was most glaringly evident from that infamous flag incident at the Red Fort on Republic Day.

Besides, at this writing, Delhi Police is investing a Canada-based pro-Khalistan organisation’s link to the ‘toolkit’ on farmers’ protest that was recently shared by Swedish climate activist Greta Thunberg.

Therefore, it is of paramount importance that events such as this Chakki Jam are well-organised and executed in keeping with the sanctity of the democratic process. The onus for that is as much on the protestors as it is on the authorities.

As the world’s largest democracy, India does not need anybody’s advice on how to deal with its internal affairs in a civil and democratic way.