MYANMAR: BACK TO SQUARE ONE | India First e Newspaper Skip to navigation Skip to content 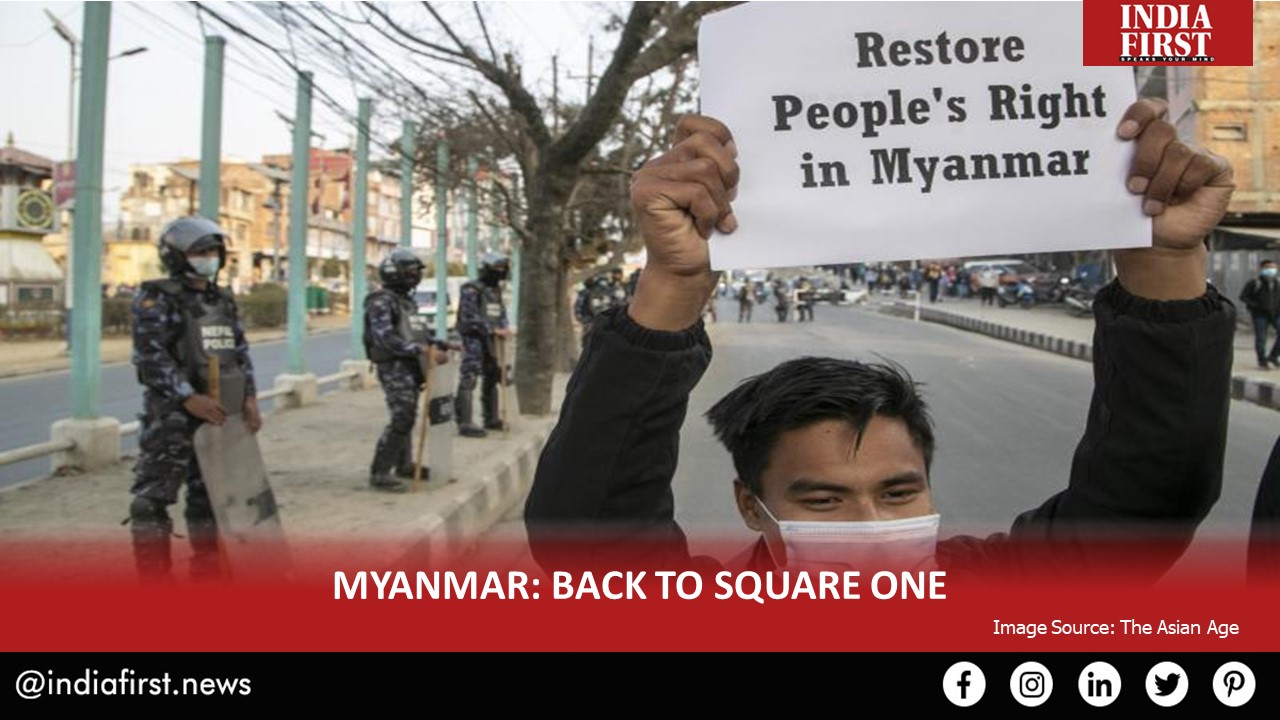 With the military coup complete with total blockage of social media, hopes of democracy in Myanmar have been dealt a death blow.

Within three days after Myanmar’s military seized full power again with a coup and two after it directed state-owned telecom companies to block the nation’s access to Facebook, similar action has been taken against photo-sharing app Instagram and microblogging platform Twitter.

A statement issued yesterday by Telenor, one of the four operators in Myanmar, said all mobile operators, international gateways and internet service providers in the country received a directive from Myanmar’s Ministry of Transport and Communications to suspend social media platforms Twitter and Instagram until further notice, reports Xinhua news agency.

The Ministry’s directive asked the operators to temporarily suspend the access of Twitter and Instagram under Section 77 of the country’s Telecommunications Law, mentioning that the move is made in the name of public interest and stability.

According to BuzzFeed, Facebook had designated Myanmar a “temporary high-risk location” after a coup earlier this month.

The military in Myanmar seized control of the country on February 3 over the disputed results of the November 8, 2020 parliamentary polls in which the former ruling party, National League for Democracy (NLD), obtained more than 80 per cent of the seats and increased its parliamentary majority.

A year-long state of emergency has also been declared.