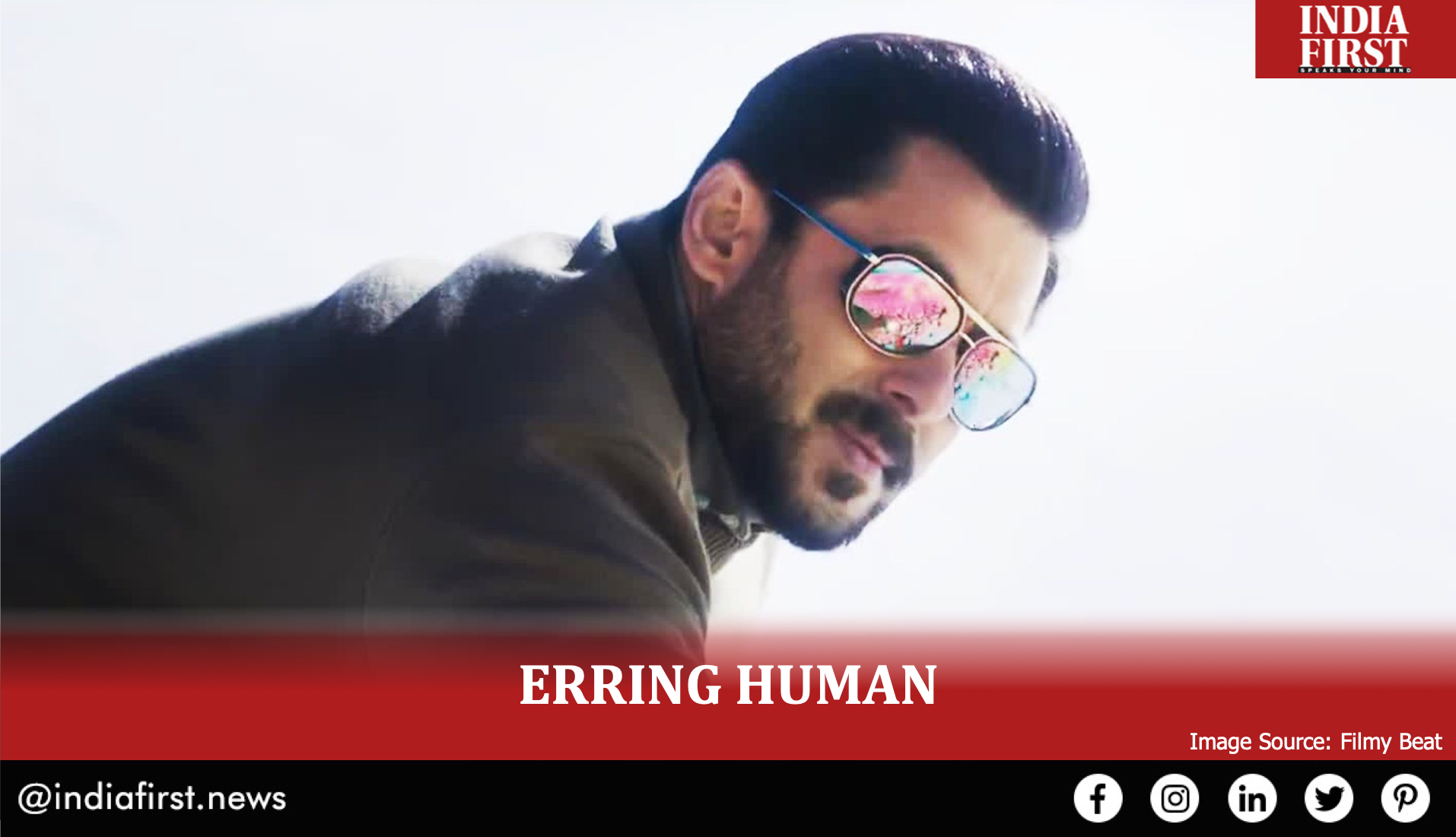 Bollywood bad boy Salman Khan has apologised to a court in Jodhpur for ‘mistakenly’ giving a fake affidavit in the blackbuck poaching case.

Bollywood star Salman Khan apologised yesterday for ‘mistakenly’ submitting a false affidavit in the Jodhpur session court in 2003, during his hearing in a case related to the poaching of two blackbucks in Jodhpur in 1998.
The final verdict in the case will be pronounced tomorrow.
Salman appeared before the Jodhpur session court for the hearing of his appeal against conviction in the blackbuck poaching case through videoconferencing. His lawyer Hastimal Saraswat told the court that the affidavit was mistakenly submitted to the court on August 8, 2003, for which the actor should be forgiven.
During the hearing, Saraswat said, “The affidavit was mistakenly given on August 8, 2003, as Salman had forgotten that his licence was given for renewal because he was too busy. Therefore, he mentioned that the licence had gone missing in the court.”
Salman was arrested in 1998 for hunting two blackbucks in Kankani village near Jodhpur. At that time, a case under Arms Act was registered against him and the court had asked him to submit his arms licence.
Salman gave an affidavit in the court in 2003, saying that he had lost the licence. He also lodged an FIR at the Bandra police station in Mumbai in this connection.
However, the court later came to know that Salman’s arm licence was not lost, but had been submitted for renewal.
Public prosecutor Bhavani Singh Bhati had then demanded that a case of misleading the court should be filed against the actor.
A trial court in 2018 had convicted Salman and awarded five-year imprisonment to him for the killing of two black bucks during the shooting of the film ‘Hum Saath Saath Hain’ in October 1998. The actor had challenged the trial court verdict in the sessions court. Salman’s fellow actors Saif Ali Khan, Tabu, Neelam and Sonali Bendre, who were present on the spot in Kankani along with him, have been acquitted.