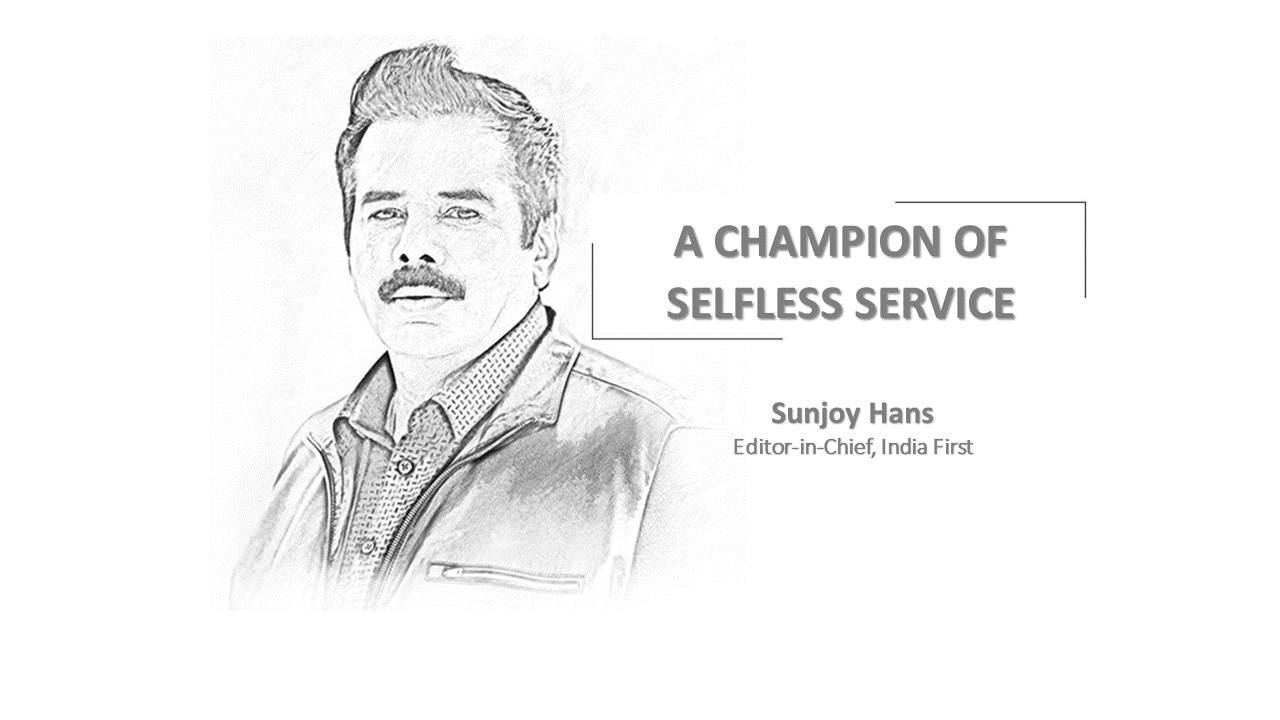 Politicians are notoriously selfish. There are innumerable instances of leaders from across the political spectrum trying to claim credit for the achievements of others. Self-interest makes them blind. But Odisha Chief Minister Naveen Patnaik is a notable exception. He not only gives other people their due, he also downplays his own achievements. However, he openly appreciates good work and honours selfless workers.

Even though his handling of the corona pandemic has been hailed by international institutions, he refuses to take credit for the same personally. He has always described it as team work. His move to honour the frontline corona warriors by erecting a COVID warrior memorial in the state capital reflects his immense regard for those who made supreme sacrifices to save thousands of precious lives.

Even before Patnaik took the decision to build the memorial, he had acknowledged the selfless services rendered by frontline corona warriors such as doctors, nurses and police personnel, among others. As the pandemic raged and the state government stepped up efforts to save precious lives by setting up exclusive Covid-19 hospitals and centres even in the rural areas, the Chief Minister not only announced special incentives for corona warriors but also continued to encourage them by heaping praise on them at his review meetings.

Keenly aware of the huge challenge that the pandemic posed, the Chief Minister was quick to realize the importance of creating a dedicated force of health workers. They were not only needed in large numbers but were also expected to work almost round the clock, especially in the first few months after the pandemic hit the state. This period was the most challenging because the Chief Minister had taken the bold decision of facilitating the return of migrant Odia labourers stuck in different parts of the country due to an extended lockdown.

The decision had been taken purely on humanitarian grounds and it strained both financial and human resources of the state. The workers returning home in lakhs had to be quarantined in temporary shelters for some time before being allowed to go home. The state had to take care of their food and health at these centres which involved a huge cost. This also entailed extra burden on health workers including doctors, nurses and other paramedics. Even police personnel had to work overtime to keep the situation well under control.

Patnaik led the war against the pandemic from the front. He personally monitored the situation on a day-to-day basis, taking feedback from officials and holding weekly reviews. He always had a good word for the health workers engaged in saving lives in different parts of the state. Whenever he found someone making a special effort, he made it a point to appreciate it with a tweet. It is this quality of the Chief Minister that kept thousands of health workers motivated through this period of crisis. Now that the state seems to have won the battle against the virus, Patnaik – like a true leader – has made the gracious gesture of constructing a memorial to the heroes who made this victory possible.