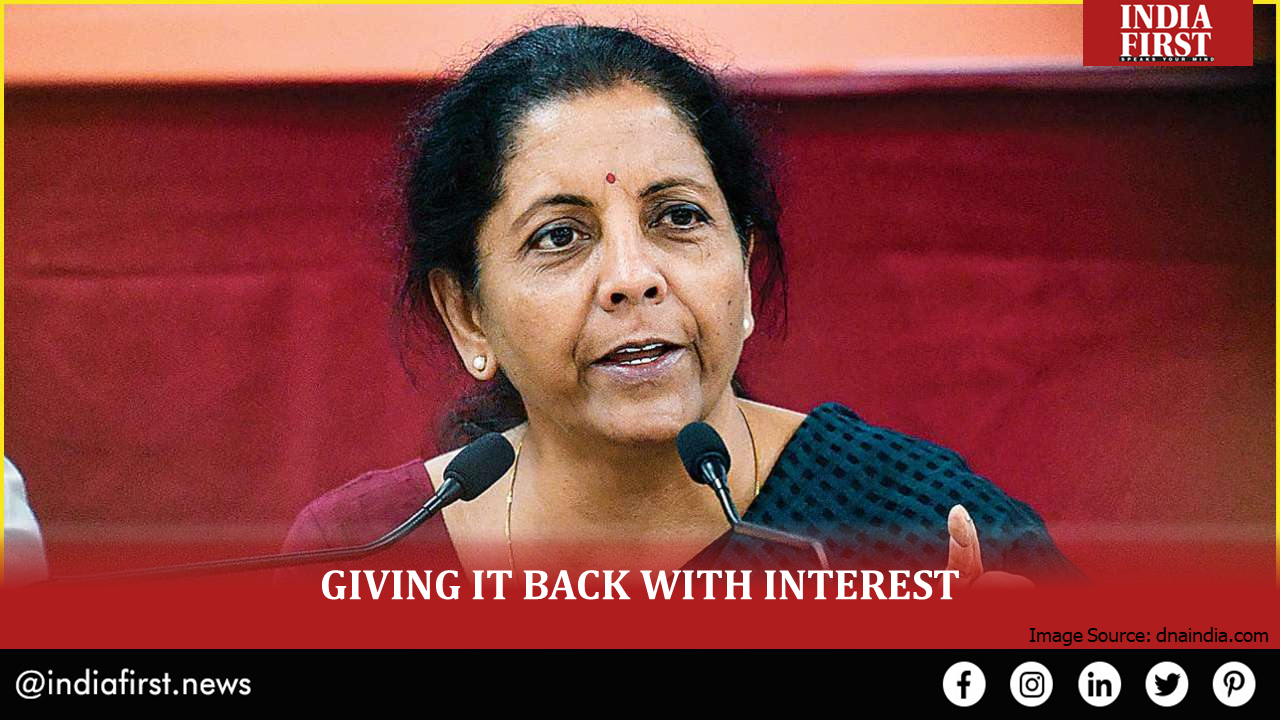 Finance Minister Nirmala Sitharaman has given a befitting and spicy response to the Congress party’s relentless criticism of the Union Budget.

Union Finance Minister Nirmala Sitharaman lashed out at the Congress during her response to the Budget discussion in the Rajya Sabha and said the government schemes are meant only to benefit the poor and not meant for “some Damaad” (son-in-law in clear reference to Robert Vadra).
Although she did not take any name but the Finance Minister’s jibe clearly agitated the Congress leaders even as she continued with her volleys at the opposition benches.
She said: “The digital transaction through UPI till January 2020 was over 3.6 lakh crore. UPI is used by who? The rich? No.
“Middle class, smaller traders. Who are these people then? Is Government creating UPI, facilitating digital transactions to benefit rich cronies, Some damaads? No.”
She was referring to Vadra, who is the son-in-law of Congress interim President Sonia Gandhi, and who has often been targeted by the BJP for his alleged land dealings.
The Congress objected to these charges but Sitharaman went on to target the Congress and said: “Loans sanctioned under Mudra Yojana – more than Rs 27,000 crores. Who takes Mudra Yojana? Damaads?
Attacking the opposition, she said it has got into the habit for some “to constantly level allegation, in spite of what we are doing for the poor and the steps taken for helping the poor and the needy of this country.
“A false narrative is created to accuse saying that this Government works only for cronies.”
The Finance Minister said that 800 million people were provided free food grains; free cooking gas provided for 80 million people and cash was directly given to 400 million people, farmers, women, specially abled and the poor and needy.
Former Union Finance Minister P Chidambaram had yesterday launched an attack on the Union government and had alleged that the Modi government ignored the poor, unemployed and the MSME sector in the Budget proposals for 2021-22.
“The most deserving were left to their fate – the poor, farmers, migrant workers, MSME sector, middle class, and the unemployed,” he said while speaking on the Budget in the Rajya Sabha.
He said that the Congress “rejected” the Budget since there was nothing in it for the poor. Everybody expected it but cash transfers to the poor was not done, he added.
Chidambaram said that there was no mention of the defence sector in the Budget either, and the numbers predicted therein were not correct.
“The Union Finance Minister did not mention defence in her speech, which is unprecedented. The budgetary allocation for defence in 2021-22 is Rs 3,47,088 crore as against Revised Estimates of Rs 343,822 crore in the current year, an increase of just Rs 3,266 crore,” the former Union Minister added.