STATEHOOD FOR J&K ONLY WHEN TIME IS RIGHT: AMIT SHAH | India First e Newspaper Skip to navigation Skip to content 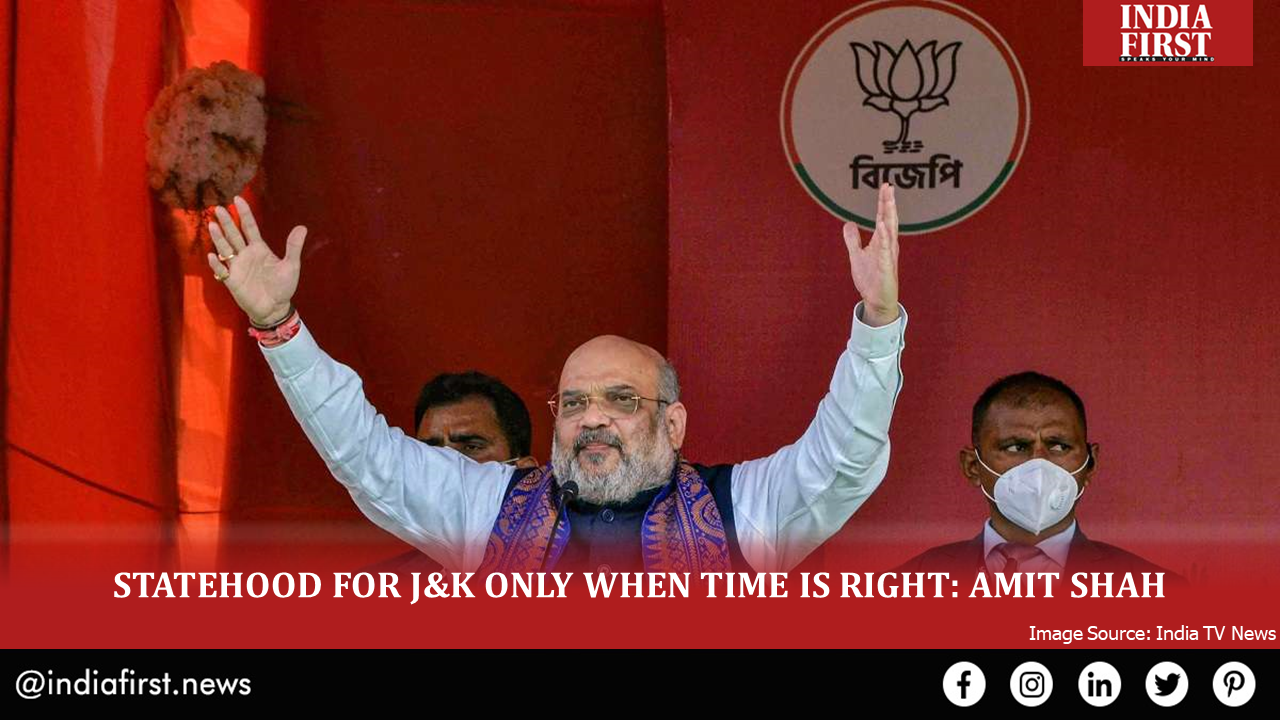 Union Home Minister Amit Shah has once again made it clear that his government is determined to give full statehood to Jammu and Kashmir at an appropriate time.

Asserting that “it will happen”, the Minister also requested the political parties and its leaders to understand the situation of the erstwhile state which was bifurcated into two Union Territories – J&K with a legislative and Ladakh without one.

“Jammu and Kashmir will be given statehood at an appropriate time…Please understand the situation of the Union Territory and avoid giving any speech that misguides the people of J&K,” Shah said while speaking at the Lok Sabha.

“We will give statehood. I have already said that it is a temporary system.”

On the opposition’s question about what happened in 17 months in J&K after withdrawal of Article 370, the Minister questioned “what about your 70 years rule, if you are asking about our work?”

“They should first think about themselves before asking me this question.”

Giving account of the Central government’s work in Jammu and Kashmir, the Minister said it had established Panchayati Raj in the Union Territory with 51.7 per cent voting without firing any single bullet. He later listed steps taken so far for the welfare of people in Jammu and Kashmir.

The Minister further said: “Jammu and Kashmir is in our hearts.”

On a question about the Supreme Court’s opinion on holding a hearing on repeal of Article 370 from Jammu and Kashmir on August 5, 2019, after which the region was bifurcated into two UTs, Shah said: “We are ready with our logic behind our step… but where is the Congress?”

“It doesn’t mean that we will not do anything for the welfare of Jammu and Kashmir until the Supreme Court starts its hearing on the matter. What kind of argument is it?”

He said around 170 central laws are being implemented in Jammu and Kashmir after abrogation of Article 370 of the Constitution that gave a special status to the erstwhile state.