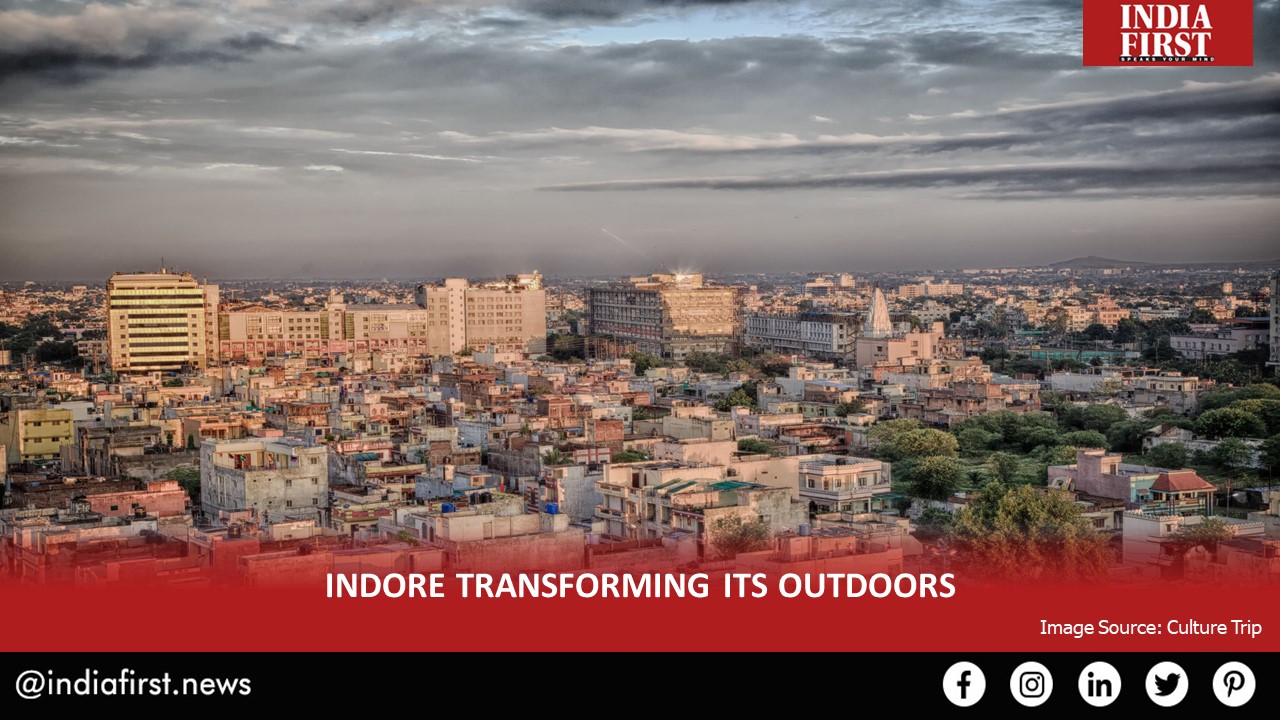 How one of the cleanest cities of India is now ingeniously turning its dirty drains into happy playgrounds.

This Madhya Pradesh city, which has been awarded the title of the country’s cleanest city four times, is now converting open drains filled with garbage into playgrounds where cricket and football matches are being played.

The process from waste collection to its disposal has been given a new dimension in Indore by creating a new drainage model.

The form of the drains flowing in Indore is being transformed through the Sirpur Dhar Road to the Aam wali Pulia and the meeting of drains at Chandan Nagar.

Residents and large outfalls have been identified by the municipal corporation under the river-drain outfall taping work and after trapping these by laying down a sewerage line, the sewerage falling into the primary sewerage line of the city was stopped, causing the sewage flowing in the drains to now be transferred directly to the Sewage Treatment Plant.

The corporation is doing plantation work on a large scale to beautify and protect the environment on both sides of the drain as well as taping it. Due to these efforts made by the Corporation for the Kanh-Saraswati river and purification of drains, the drain at Chandan Nagar has completely dried up.

A similar process has been followed from Shiv Nagar to Kailash Chaudhary Park Nagar, Virat Nagar, Udyog Nagar, Khatipura and Azad Nagar which meets the drain in the Kanh river. This drain has also dried up and at a particular place a football match was played after which a cricket match was also played there.

Municipal Commissioner Pratibha Pal said Indore is the first city where drain and sewerage water used to flow once, but now the entire drain has dried up as a result of sewer taping done under the ‘River-Drainage Sanitation Campaign’. Where it was not possible to stand near these drains due to the stench and filth, a ‘Nullah cricket match’ was organized in the past few days.

Superintendent Engineer Mahesh Sharma and Gopal Jagtap of Institution ‘Basics’ said ‘Hamara Nullah, Hamara Abhiyan’ was started under which the drains are drying up and the residents are playing football and cricket there. Residents of Chandan Nagar also took an oath of maintaining cleanliness as well as not throwing any garbage and litter into the drains.